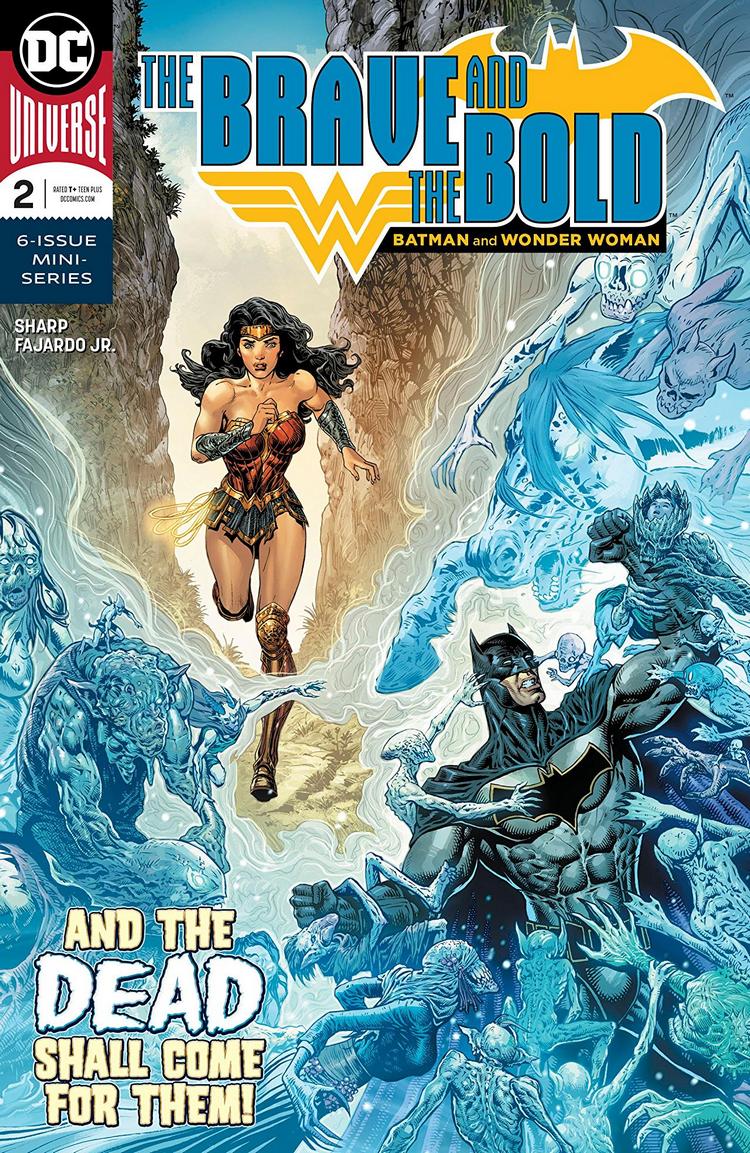 Batman and Wonder Woman unite to solve the murder of a Celtic god.

In Tir Na Nog, King Elatha of the Fomorians lies dead, and a De Danan boy stands accused of his murder. The two factions argue over who is at fault, an argument that masks deeper disagreements over the future of the hidden Celtic gods. Wonder Woman stands between them, urging peace and that the two sides set aside their conflict while the murder is solved. Meanwhile, Batman is trapped by a geas that’s fallen over the Irish District of Gotham City, and a mysterious vagrant ruminates on his lifetime of searching for an entrance to Tir Na Nog, a quest that appears to have finally succeeded.

The Brave and the Bold is a lot of fun to read, with a slowly unfolding plot of betrayal, murder, and magic. At the same time, it can be a bit confusing if you’re not familiar with Celtic mythology; it never pauses to give an explanation of who the various fey factions are, nor of their lineage or major figures. Without that prior knowledge, it provides enough information that the reader can figure out what’s going on based on context, but being well-versed in Celtic lore will definitely enhance the experience.

It can’t be avoided that this issue feels like one-sixth of a larger story, a common problem in continuity superhero comics that’s even more pronounced in miniseries like this one. It’s certainly an entertaining read and gorgeous to look at, but one can’t escape the inevitable sense of reading one chapter of a larger, unitary novel. There’s not much attempt made at serialization or otherwise having an arc or a plot that stands independent of the larger stories. If that’s the sort of thing that bothers you, if you want an issue with both rising and falling action and some degree of resolution, or if you get annoyed by feeling like you’re buying one big story on an installment plan, this series might be better read as a collection than in individual issues.

If you waited for the trade paperback, however, you would be denying yourself immediate access to probably the most strikingly beautiful art on stands today (or, for that matter, in recent memory). Sharp’s richly detailed illustrations look like they belong in a storybook and lend the proceedings a proper fairy tale ambience. This sense is enhanced by Sharp’s elaborate panel borders. When we look in on the goings-on in Tir Na Nog, panels are lined with and empty spaces enhanced by elaborate Celtic knots. When we see Batman trapped by a magic spell in the Irish Quarter, the panels become dark purple, jagged, and sketchy, while the edges of the page are decorated with black knots. Every page is a visual feast and you could spend hours pouring over the rich details of just these twenty-two pages.

Fajardo’s colors masterfully complement Sharp’s art, with Batman’s pages heavy in shadows, the Fomorians in dark blues and purples, the De Danan in earthy oranges and greens, and scenes of both in a mixture. Batman is colored in heavy shadows, while the vagrant’s palette is dominated by a pendulous grey, like impedning storm clouds. Peteri’s letters are also notable, with humans speaking in large, straight-lined letters while the gods speak with a more rounded, Celtic font. It all serves to immerse the reader thoroughly in the world of Tir Na Nog.

Brave and the Bold #2 is a gorgeous book, and the story it tells is enthralling, but it’s somewhat held back by feeling like it’s just a small slice of a singular, larger story and doesn’t quite satisfy as a storytelling unit on its own.