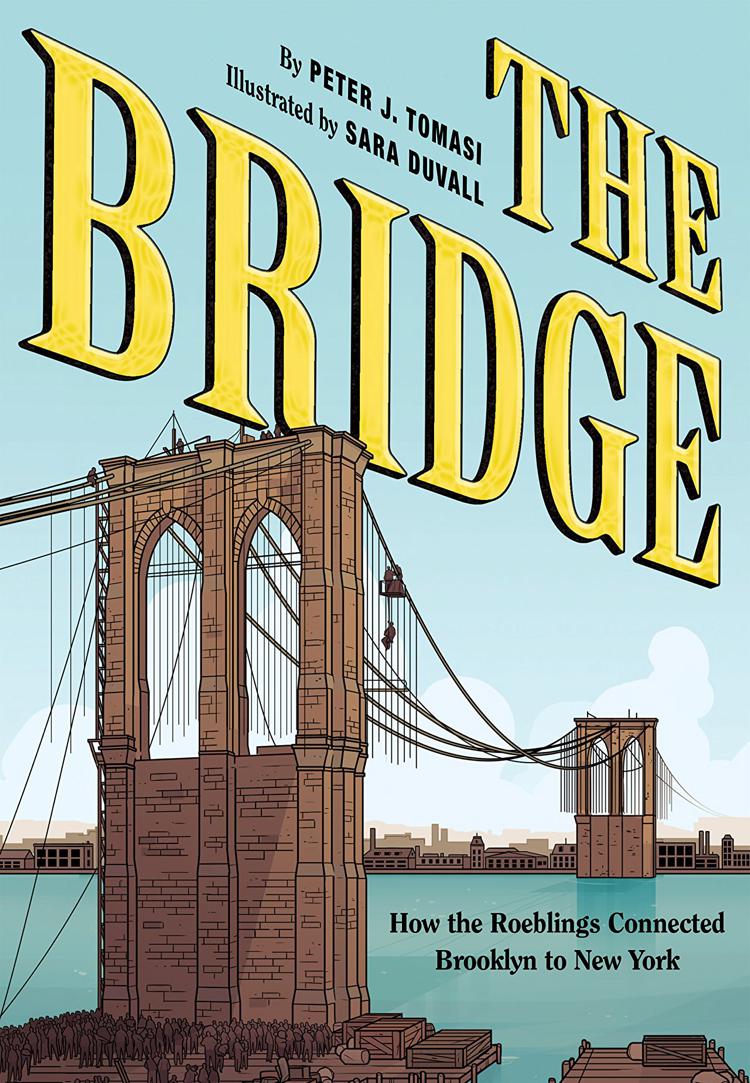 The iconic Brooklyn Bridge is over 130 years old, and even as a person who has never been to New York, it’s such a fixture that I can honestly say I never thought about what would have gone into its construction. I’ve seen a lot of beautiful imagery surrounding it, but never contemplated what a monumental project this would have been at the time. Luckily for me, Peter J. Tomasi and Sara DuVall took up the task of telling the tale of how the Roeblings brought New York and Brooklyn together with this amazing feat of engineering.

My travels as a comic reader don’t often lead into the realms of non-fiction, but comics like The Bridge can convince me to tread down this path more often. Tomasi, DuVall, Eltaeb and Kalisz paint a wonderful picture of 1860s New York, setting the scene for when this landmark was created. It’s easy to look at an iconic building or bridge and assign the technology of today to the construction of said bridge, etc., but this team does a great job of taking readers back in time to a world that was filled with very different technology and thought processes. One might think it would be hard to make 1860’s politics, engineering and building construction visually interesting, but this team pulls it off. The Roeblings are dynamic, well rounded characters and the construction of this bridge is quite captivating.

Tomasi paces this script well, never spending too much time in any facet of the project. An undertaking this size has a lot of story to mine, and Tomasi chooses to focus on details that are relevant and engaging. He works with DuVall well to ensure this story doesn’t stall out, with pages of slow dialogue, for example. Instead, a very strong balance is struck between character development, bridge development and politics, with sufficient time given to show the work that individuals went to in order to make this project happen. To say it was a monumental task is an understatement, and this creative team shows that well.

The Bridge is a great OGN for anyone interested in history or architecture and it is an all-ages friendly read. Tomasi’s passion and fascination with the iconic bridge is evident throughout the entire story and DuVall’s strong pencils, coupled with solid colour work from Eltaeb and Kalisz leads to a great read from start to finish.