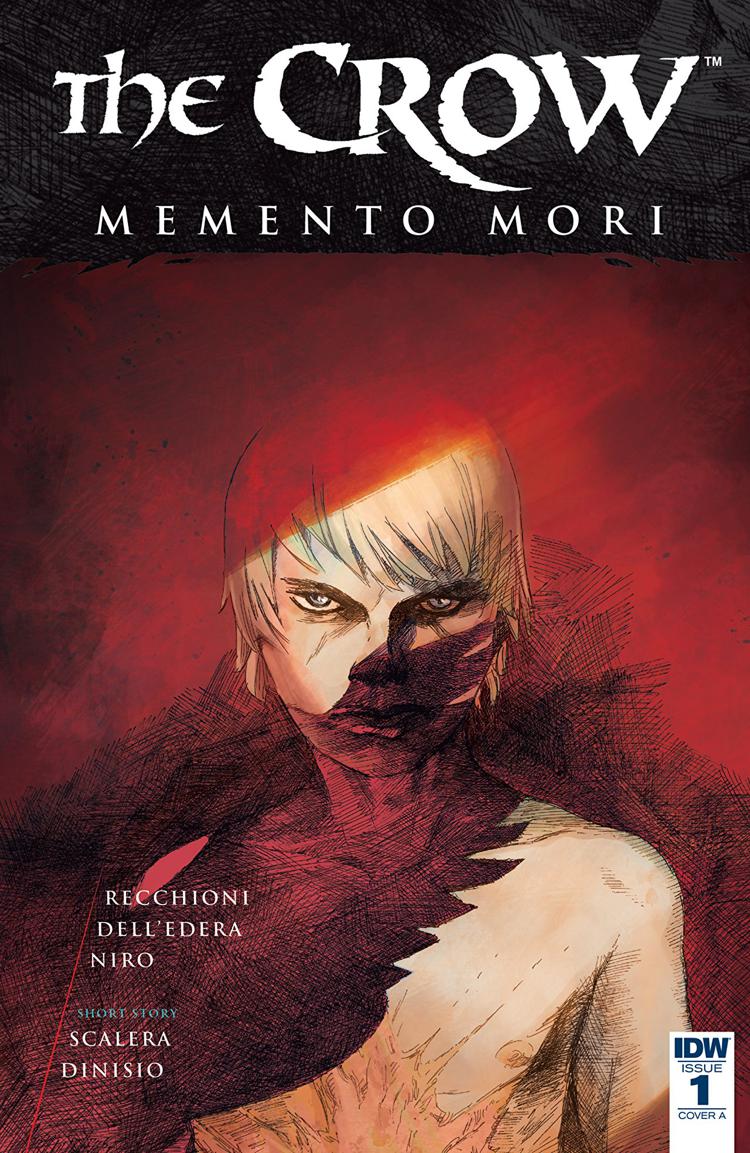 I always get a smile when someone rants and raves against the possibility of a Crow film reboot. Claiming that the film is untouchable as a remake possibility ignores that every other Crow film, TV, and comic in the past 20-some years is basically just a reimagined version of O’Barr’s original story of vengeance from beyond.

This time out, the wronged man is David Amadio, an altar boy killed by a terrorist in Rome. As per the form, a crow brings David back to take his revenge and bring justice for those taken.

Dell’Edera’s art is dirty, stylized, and perfect for The Crow. There is an edge to the work, a rough line that informs the story and sets the tone. Niro’s colors are effective and move smoothly from the blue hue of David’s scenes to a semi-transparent look in the flashbacks. When David finds his attackers, the palate turns more diverse, bringing in red and orange to highlight the violence in the confrontation.

Marinovich is put to work with a lot of white text on black boxes and balloons. He manages to keep them clear for the most part, but it’s an uphill battle that I think should have been rethought along the way, particularly since there are some very cramped boxes. White words on black should be used sparingly as it can be very difficult to read after a time.

His work in the backup story is much more effective, both in its use of black on yellow, as well as how the lettering is used to move the reader through pages which are not broken into traditional panels.

One complaint that will be particular to me, a student of religion, is that Recchioni fills the first two pages with Biblical passages which were memorized by David at the behest of the parish priest. Unfortunately, Recchioni chooses to use the New International Version, which is a Protestant translation and decidedly unlikely to be assigned for memorization by a Catholic Priest.

(and for goodness sake, can we retire the use of Ezekiel 25? It is forever mired by its prominent use, and misquoting, in the film Pulp Fiction.)

That pet peeve aside, this is a solid issue and worth a look (as long as you are ok with riff’s on The Crow, that is).

The backup story, Buried Virtue, is a beautifully-drawn story that unfortunately does not have enough space to develop into anything. Dinisio’s colors add a lot to the thin four-pager. I wish this warrior woman story would have been given its own issue to breath a bit. A bite-sized piece that left me wanting.