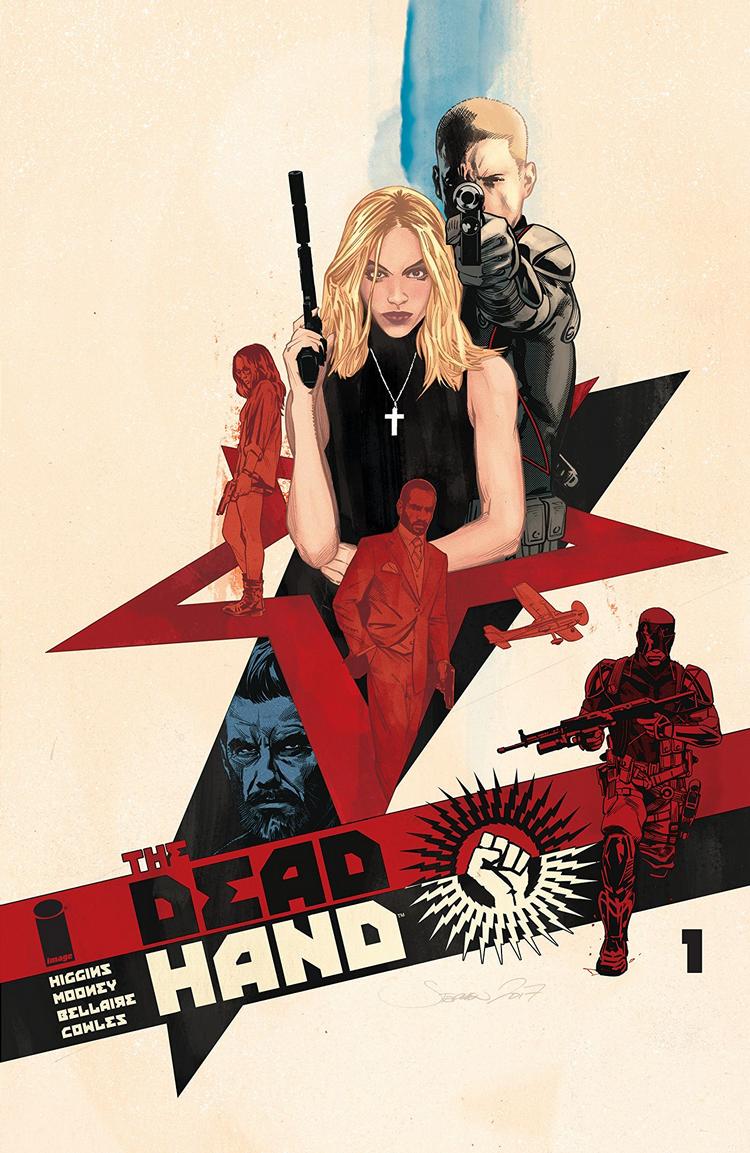 As the Soviet Union began to collapse in the ’80s and the end of the Cold War seemed inevitable, the American government was forced to reckon with an unanticipated truth about its archnemesis: not only did they not have the resources the CIA historically claimed they did, they were dead fucking broke from trying to sustain the illusion of technological might. The American belief that the USSR was creating technology at the same rate as the US was a fabrication mostly constructed by a CIA that was hellbent on justifying its status as a “secret army” and covering up all the ways their cash strapped but far craftier rivals at the KGB were embarrassing them.

This is the version of the Soviet Union/CIA conflict that opens The Dead Hand, a new Image series from Kyle Higgins, Stephen Mooney, Jordie Bellaire and Clayton Cowles. Carter Carlson, a young patriotic man who has joined black ops to become a superhero to fit his alliterative name, is dropped into what he has been informed is a secret facility where Soviet scientists are developing new nuclear weaponry. Looking like an even more sinister Winter Soldier, Carlson carries out his mission perfectly and finds the scientists, only to discover they’re building…vacuum cleaners.

From there, The Dead Hand works to similarly pull the rug out from underneath the reader regarding the story you think it’s going to tell. That intro sequence has all the hallmarks of a modern espionage comic, from the expired film stock color palette Bellaire brings to the pages to Mooney’s costume design for Carlson, with its combination of shadowy sleekness and practical mobile armor. But after that it mutates into what appears to be a small town cop drama, with Carlson shedding the armor for a friendlier sheriff outfit as Mooney and Bellaire unveil his new home in the quaint little locale of Mountain View.

In Mountain View the colors are autumnal and the architecture is a far cry from Soviet Brutalism. It is a town frozen in amber, looking eerily similar to the flashbacks we get of Carlson’s childhood in the mid-60s, before his father died, before he became a killer for a country that was lying to him, before he took out the mentor who betrayed his team. Carlson is older in Mountain View, his edges are rough, but he smiles and seems to believe he has found purpose.

The question this portion of Dead Hand raises, of what happens when you realize the life you’ve given for your country was wasted on lies and manipulation, is its most interesting query. But this being a first issue this question is relegated to the sidelines in order to set up the conflict that will hook readers. There’s nothing wrong with that, this is simply how the game is played in serialized fiction. How Dead Hand returns to this query, though, is what will determine whether it’s an entertaining series or a great series.

Fortunately, Higgins’ script does seem prepared for the long game. The issue’s twist ending is ambitious and its reveal opens the story up in novel ways without making it too easy to determine where things will go from there. The time spent showing Carlson’s state of mind bodes well, too, though there is considerable work to be done making the rest of Mountain View’s population as interesting, particularly the curious trio of girls who currently look, talk and act like extras on a forgotten CW drama.

Nonetheless, The Dead Hand is on the right track towards establishing itself as a refreshing spin on Cold War espionage fiction, and as long as it continues to provide a cynical perspective on American intelligence actions at that time, it will be worth investigating.