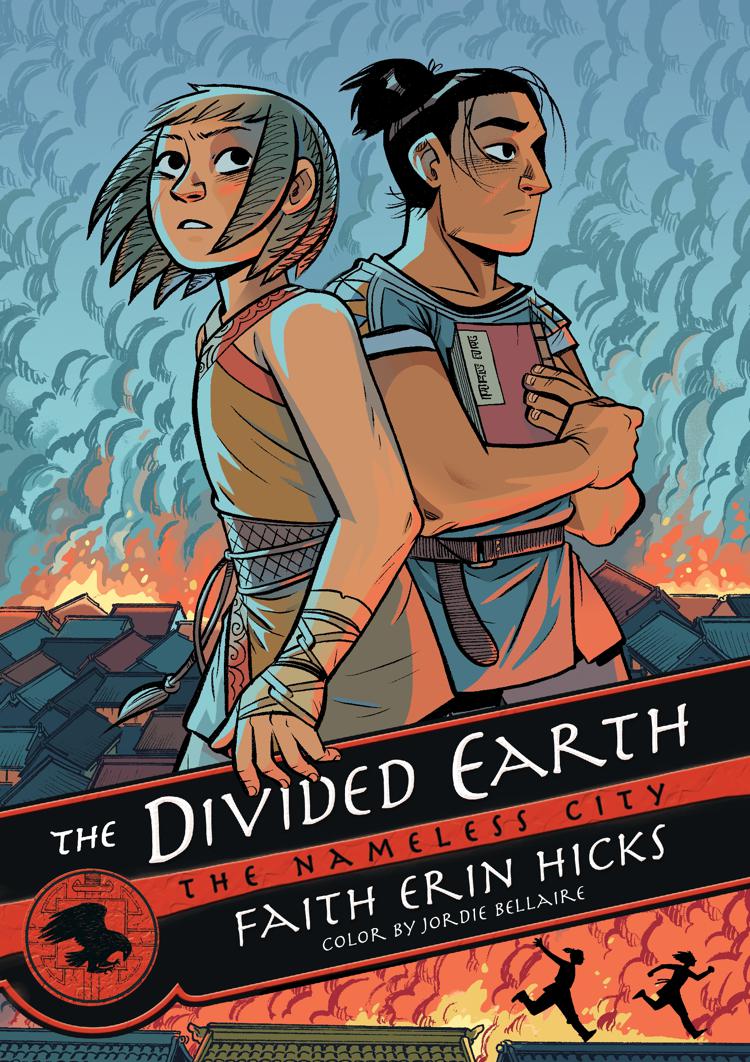 Hoo boy, it’s time to find out the fate of the Nameless City with Faith Erin Hicks’ The Divided Earth.

To say that I loved the first two volumes of this Nameless City trilogy would be a ridiculous understatement. Heading into volume 3, I had insanely high expectations, because I adore the first two instalments of this trilogy. If I can boil this entire review down to a single statement, it is that The Divided Earth did not let me down.

Hicks’ storytelling has only grown stronger with each volume, both in the narrative sense and in the artistic sense. With each page you can feel that she is in the zone with these characters, the expressiveness leaping from the page as this charged finale explosively concludes this story. Hicks fills this volume with action and her pencil work is phenomenal, the kinetic motion of the characters reading with the fluidity of animation, and at many points upon my second reading of this volume I found myself excited for when I inevitably see this story adapted for some sort of TV/animation project. This epic volume is a feast for the eyes from start to finish, with Hicks filling pages with the gravity of the situation within in the City, all the while tempering the drama with a humour that has been prevalent within The Nameless City since the first volume. This isn’t all darkness by any means, and through Hicks’ pencil work and Bellaire’s colours readers are taken through a wide variety of emotions as this powerful conclusion progresses.

While this is the concluding chapter of a trilogy, Hicks deftly uses the OGN format to introduce new, dynamic characters at the beginning of this volume (one of which is probably my favourite character in the entire series). This is a well rounded volume, not just focusing on the war for the City from start to finish, and I really enjoyed how Hicks let this tale unfold. She sticks the landing, which is no easy feat, and, as much as I adored her artwork, I will say without hesitation that I will read anything she writes going forward as well. The Divided Earth is as expertly written as it is penciled, and Hicks is a force to be reckoned with in the comics community.

The Divided Earth brings one of the best trilogies in recent years to a close in a big way, giving readers a thrilling, well executed conclusion to what has been a fantastic series. Should there ever be an opportunity to revisit the City, I will be one of the first people in line, happily knocking on the gates but, no matter what, I will be revisiting this nameless city quite often.