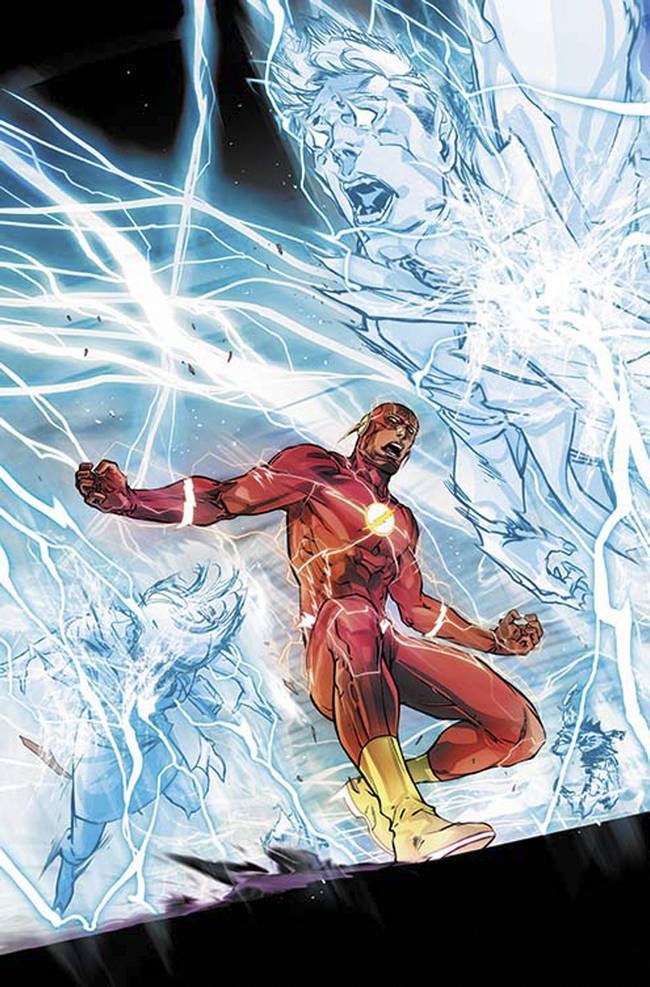 Speedsters here, speedsters there, speedsters everywhere! Williamson and Di Giandomenico have unleashed the Speed Force and, well, that’s going to make things interesting for The Flash and his new partner.

Williamson’s work in issue #3 is consistent with past issues and, for the most part, solid. This “tons of speedsters” angle is out of the box from “Flash vs. Rogues” stories, and I like the addition of his partner. The arc moves along nicely in this issue, building out the scope of this speedster epidemic, and bringing it to a close with an intriguing cliffhanger. There is a deep respect for The Flash and his mythos that you can feel in Williamson’s writing, from the nod to the Rogues to how he writes about the Speed Force. There is an enthusiasm in the dialogue that fits Barry very well, and does set this comic apart from other books in the DC lineup. The underlying tone of optimism and some light in the darkness that can be found in the show still translates to this story and Williamson is doing a solid job of adding intriguing characters to Barry’s world that bring more than just darkness with them. They round out the title character nicely and can stand on their own, actually making me hope this doesn’t all end with the speedster’s powers running out. I feel this was the best written issue of The Flash so far, and I think Williamson is hitting his stride.

Carmine Di Giandomenico’s artwork captures speed and the fluidity of motion better than any Flash artist since Francis Manapul brought the character into the New 52. His pencils, combined with Ivan Plascencia’s strong colour work, keep the energy present in every page, and with the amount of speedsters that are currently in play, showcasing energy and movement is critical. The final page has the power it needs to, and overall I really like the visual aesthetic of this comic. Di Giandomenico and Plascencia are definitely operating on the same wavelength as Williamson and a lot of the optimism and hope that is ever present with The Flash (or should be) can be found in their artwork. Subtle choices like Barry smiling while he’s running did not go unnoticed, and I very much appreciated the little things you can see all through this comic that differentiate it from Gotham and that corner of the DCU.

The Flash #3 was entertaining and I think this book is starting to pick up some serious steam. Williamson and Di Giandomenico have set the foundation for what could be an explosive finale and I appreciate the tone they’ve set for this serious. While it isn’t sunshine and rainbows, it isn’t mired in darkness either. I think this team has the storytelling chops to give these characters their due, and issue #3 really locked me in as a Flash reader going forward.