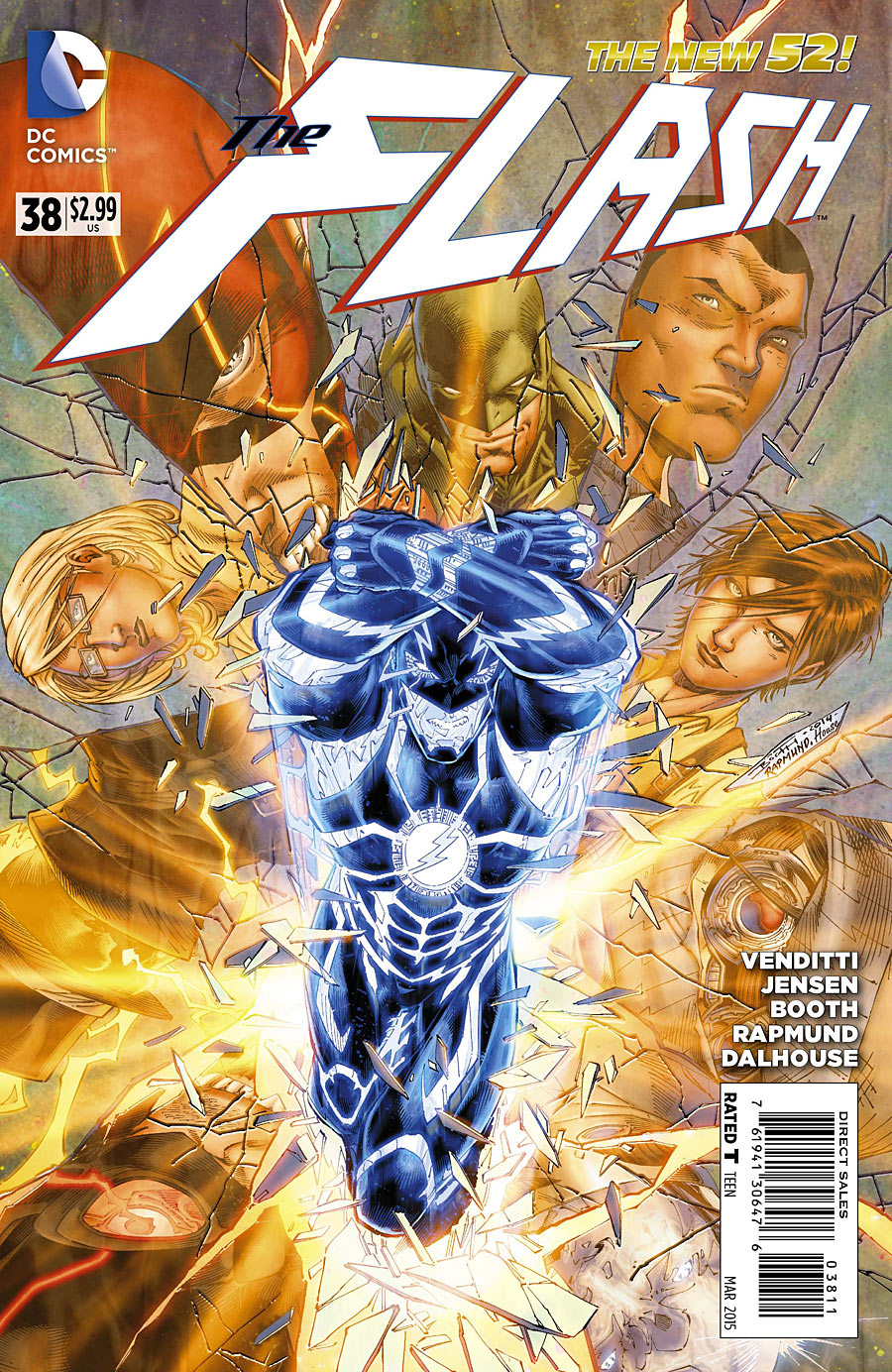 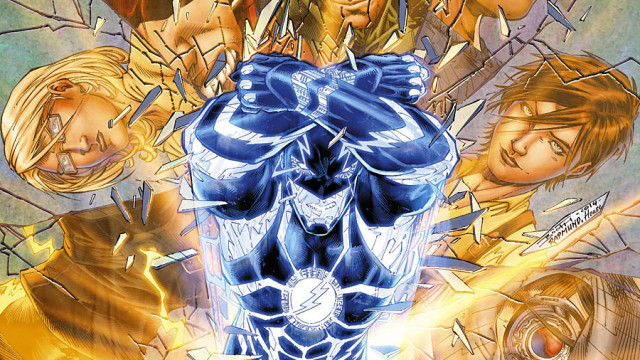 The ruthless Flash from the future is in the present while the Barry we know is stuck in the Speed Force in The Flash #38.

What’s The Flash without a little time displacement fun, right? Venditti and Jensen are giving readers a solid story showcasing how messy it can be when a person from the future takes up residence in the present in issue #38. This is the sort of story that could get exceptionally convoluted very quickly, but Venditti and Jensen are doing a good job keeping it relatively simple considering there is a Future Flash running around causing mayhem. They write Future Barry well, giving him a hard edge and ruthless tone that we are not accustomed to, and when the story visits the “regular” Barry in the Speed Force it is impressive how different they maintain his voice. While the Future Barry is recognizable as Barry Allen, the innocence and hope is lost and what remains is a broken soul in this speedster, one bent on delivering justice no matter the cost.

While the two characters never meet in this issue, the difference in their nature keeps the story driving forward. You can’t help but root for Present Barry and even though the Future Barry is saving lives, he just isn’t doing it “The Flash” way. Mirror Master is brought in as a good foil to make this statement obvious, as the typical agreement between The Rogues and The Flash is meaningless in a big way in this issue. The writers are spinning a good story here, and they are continuing to hit that unique, optimistic tone that The Flash has always had that other comics do not.

Brett Booth’s artwork in this issue is exactly what readers expect from Brett Booth. His action sequences are explosive, his layouts in the Speed Force pages are dynamic, but some of his characters are stiff and emotionless. His strongest work is, by far, when characters are in costume and the pages where Future Flash and Mirror Master are going toe to toe are big and energetic. His work when the sole focus is a human face is not as strong in this issue, with the characters repeating a similar facial look through much of the issue. I could read a book of Brett Booth’s costumed Flash-es ripping around, beating stuff up all day, but once the masks come off, things are just a little off as well. His pencils are never bad, per se, but the strength of the “action” artwork actually detracts from the “non-costumed” work.

Venditti, Jensen and Booth are crafting a quality Flash run here, and issue #38 is another good comic. The trio have a solid voice for Barry (both of ’em) and the looks within the Speed Force intrigue me. I’ll certainly be back for #39.