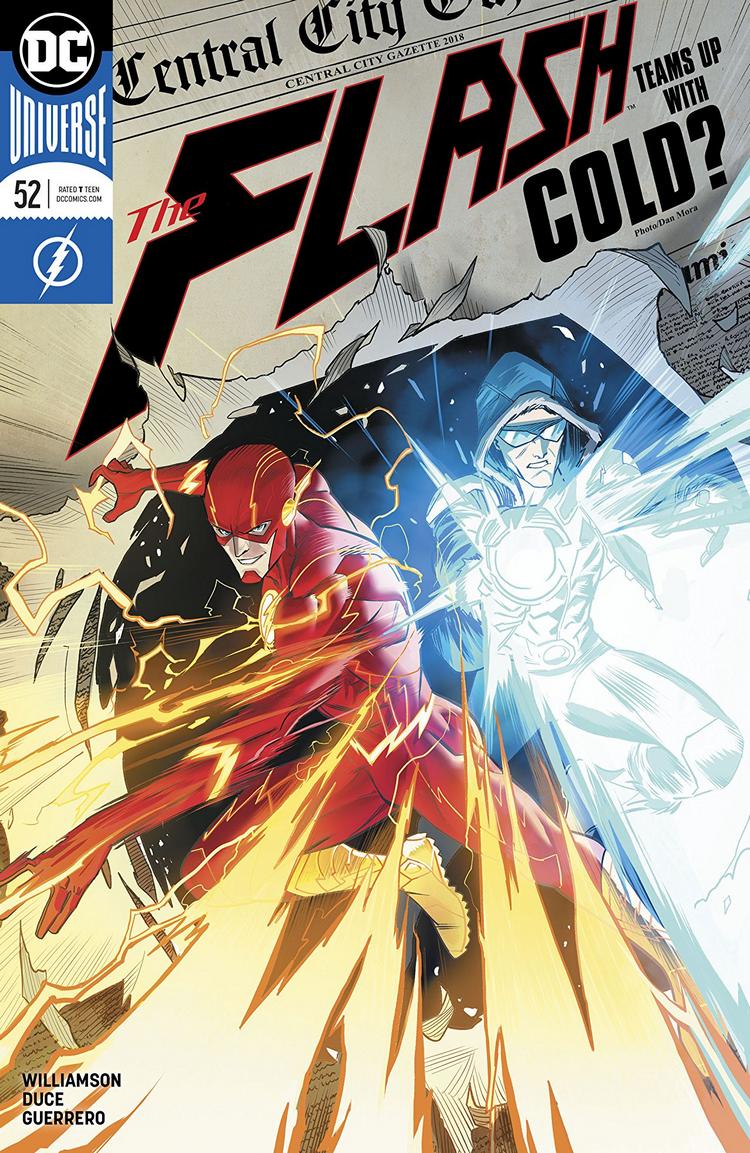 Consistent. In a word, that is The Flash for the past 52 issues.

Joshua Williamson has taken Barry through some interesting situations with his powers, the Speed Force and all the unique aspects of being The Flash. To say he understands the core of this character is an understatement at this point, and he uses the Speed Force as a storytelling entity that is interesting, rather just a time travel vehicle.

Williamson stays true to the core of a good Barry Allen story here while adding in wild cards like Commander Cold. He’s unpredictable and a thorn in Barry’s side, and that’s always what makes Barry his best self as a character. This issue definitely sold me on this buddy cop relationship and I’m excited to see this pair cleaning up Central City, whether Barry wants the help or not.

Christian Duce’s pencils are on point, with a huge cast in this issue. The Flash is a superhero book where an artist can get away with some stylized work, especially where speed is concerned, but what readers will find here is a pretty standard take on The Flash and his cast of characters. I didn’t come across any jaw dropping moments, but there was nothing cringe-worthy either. I liked the design of <redacted> at the end of the issue.

Giving the pencils some “oomph” is the colour work of Luis Guerrero. It is often the case that the colourist of a Flash comic can make or break that feeling of blazing speed, and Guerrero captures the electricity of Barry Allen’s speed well. When Barry is flying, the colours crackle and that’s exactly what I’m looking for when I’m reading a Flash comic.

The Flash #52 is a solid jumping on point for new readers and continues the trend of quality storytelling that Joshua Williamson has been delivering over the past couple years. As with any start-of-the-arc story we’ve got more of a launchpad here than a story with any resolution, but I’m intrigued to find out what’s coming next.