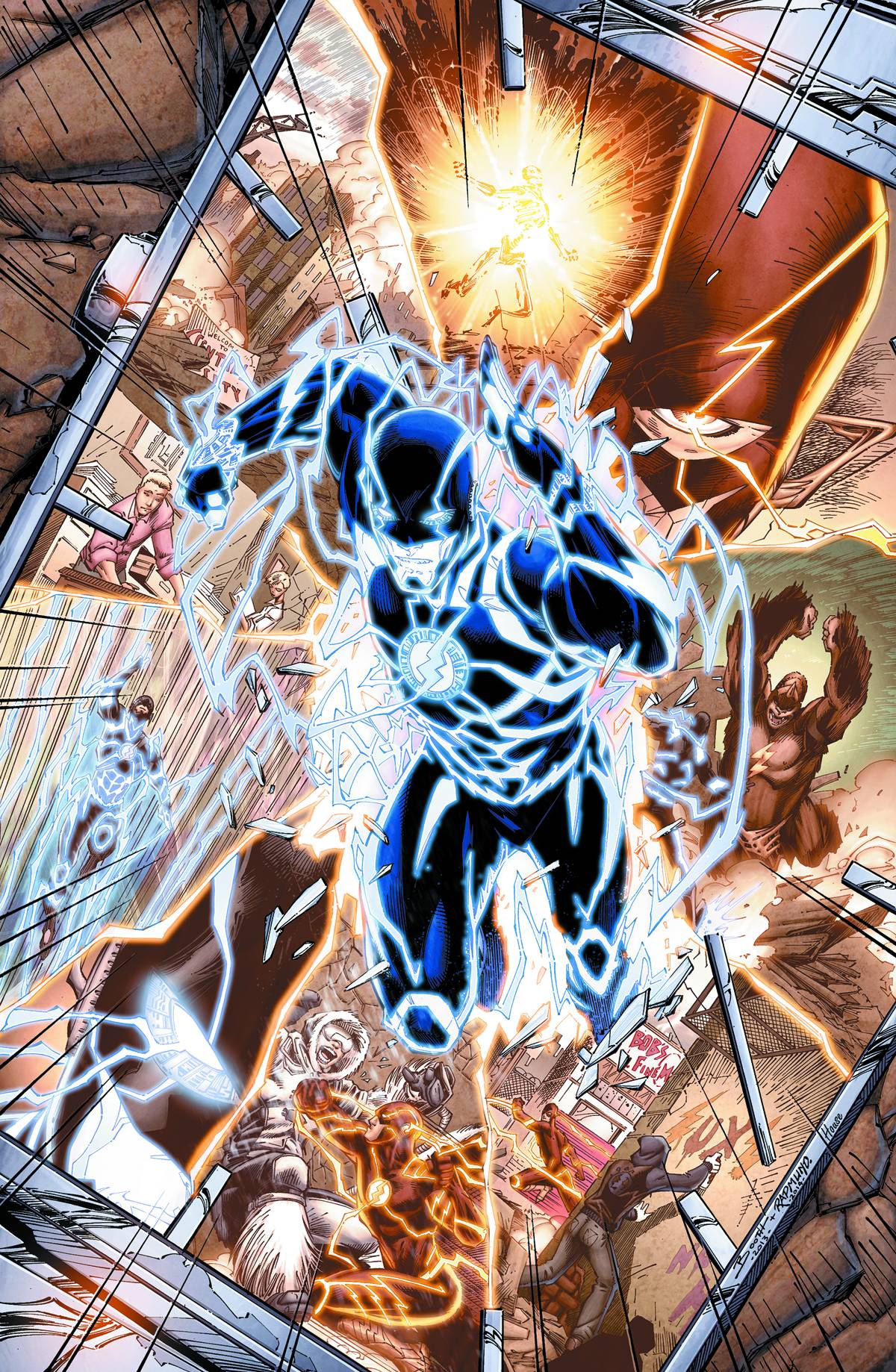 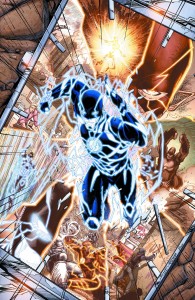 It’s the Flash of Two Worlds — New 52-style — as the first major storyline by the new creative team of The Flash begins, with Barry Allen soon coming face-to-face with… Barry Allen. Except that second one just happens to be from twenty years in the future, and is not exactly the same hero that’s roaming the streets of Central City post-Forever Evil. Meanwhile, a new addition to the Flash family arrives and makes a strong first impression on Barry. Wally West, welcome to the DCU.

There’s going to be a lot of talk about Wally West this week. Some of it is likely to infuriate me. I think we can all guess why. And it’s a shame, honestly, because that talk is likely going to overshadow what’s really going on in this annual.

And that’s some damn gorgeous art and very interesting story set-up that would otherwise make people run to the comic shops, no pun intended.

Brett Booth only handles half the art duties in this issue, which is honestly unfortunate, because I don’t believe the combination of his work on the Future Flash and Frenz’s pencils on the modern day Barry is the best match. Frenz delivers a style that feels more reminiscent of the early 80s Barry Allen, a bit heavy and with motion that doesn’t really seem to take advantage of the panel structure and potential we’ve seen in the book since issue #1.

The pages by Booth, however, are simply exemplary — as every page is almost an experience in the speed force itself. We are treated to a Barry Allen, now much older, but also physically a very different Flash than the one we are used to in the present, with white lightning crackling off of him even when still. Is it just the suit? Is it something more? It’s not entirely clear, but what is so compelling is that the design even makes use of the mouth and eye regions to create this energetic look that takes the Fastest Man Alive’s design to the next level. Details are really beautifully placed on the Flash’s costume, and you can feel the energy radiating off every page of Barry’s ultimate battle with Grodd. This rendition is just simply powerful.

Venditti and Jensen provide a great parallel story for the two Flashes, leading obviously to their meeting, but the introduction of Wally West is not to be missed as well. We all forget that long before Wally was a family man in his thirties (a note the writers do not forget to hit while in transit), he was an angry young kid who needed a father figure who would care about him in his life. From his role in Teen Titans all the way into the New Teen Titans, Wally was far from the solid, go-to guy of the super hero set, and we’re seeing that once again with a character at the age he was when first introduced way back in 1959.

The mystery behind his death, mind you, that’s a good one — and Venditti and Jensen have spared no time in pulling several rugs out from under us almost immediately after giving us a new friend to get to know. What’s also great is seeing Iris finally take a prominent role in the series, and getting a pretty clever take on why Wally is so angry at this point in his life — and letting it be something Barry can ultimately fix.

A strong start to what looks to be a very exciting time travel story, The Flash Annual #3 does suffer from multiple artists, if only because the regular series artist far overshadows the guest. And in a sense, the drama behind the re-introduction of Wally West at such a young age and with a different physical appearance also overshadows what’s just a really great story. But that’s, at least, something the reader can control if he or she will see past any pre-conceived notions. The future is literally now. Let’s see where it takes us.