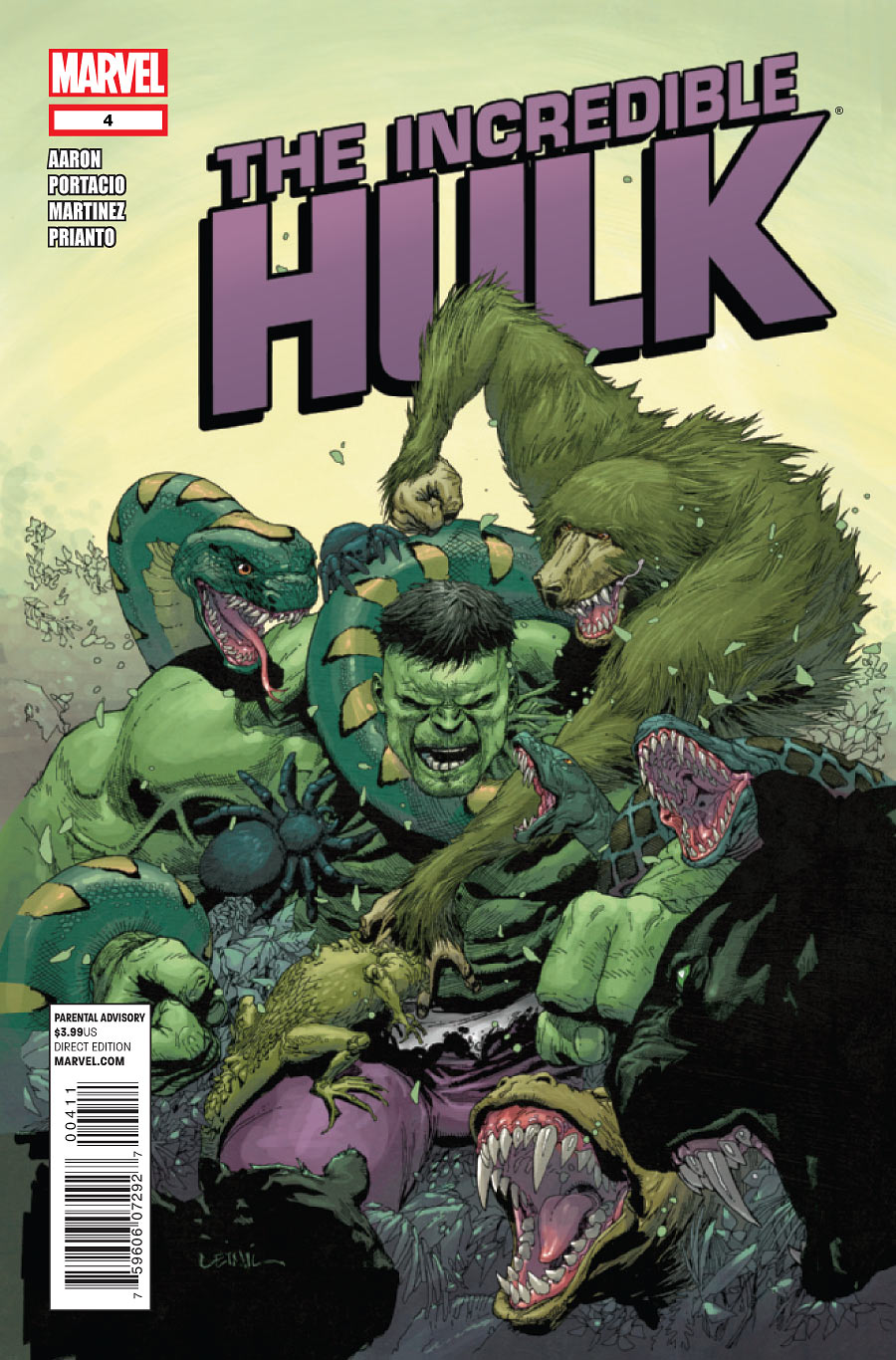 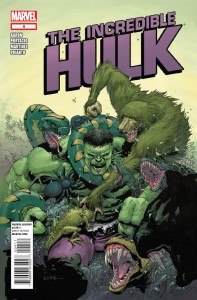 I cannot think of a single comic I have read in a very long time that I have been this undecided about. Jason Aaron is whipping up a fantastic story in The Incredible Hulk but the art situation is really starting to hold this series back.

I’ll talk script first, because the script for this issue is quite superb. Jason Aaron is taking The Incredible Hulk to places I never expected, and the riddle of the past three issues is starting to be revealed. Aaron definitely has some tricks up his sleeve for this title, and the lack of obvious explanation as to how Hulk and Banner are separate entities has given this title a great amount of suspense and tension. Banner is not the man we once knew and, thankfully, Hulk is not a brainless idiot hell-bent on smashing everything in sight. This is an intelligently written comic that has just the right ratio of “Hulk smash” and nuclear physics. This issue is well scripted but ultimately let down by the other side of the comic coin, the art.

The first three issues of The Incredible Hulk were penciled by the legendary and unpredictable Marc Silvestri (among others) and questions plagued this series from the beginning about whether the quality of art on this title could be maintained with the monthly release schedule. Issue #4 art duties were placed in the hands of Whilce Portacio, an artist with a style similar to Silvestri’s, but at no point in issue #4 does he match the same flare. The pencils in this issue appear rushed and the quality is dramatically hurt by it. During some of the more intense action sequences the Hulk’s anatomy and face do not even resemble the character and ultimately detract from the dialogue and destroy the flow of the book. There is nothing more jarring to me as a reader than a panel where the title character is unrecognisable and I have to stop and decipher what I am looking at. More than anything, the art in this issue made me sad because it doomed a fantastic script to be just a mediocre comic.

Cons: The art is the downfall of this issue, Hulk is awkward and unrecognisable in places.