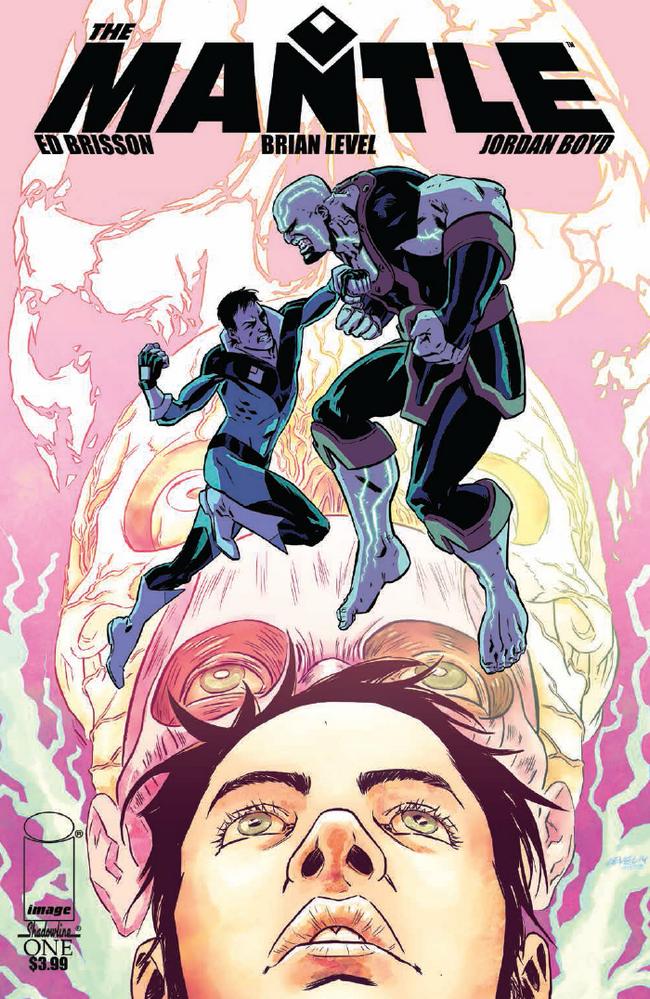 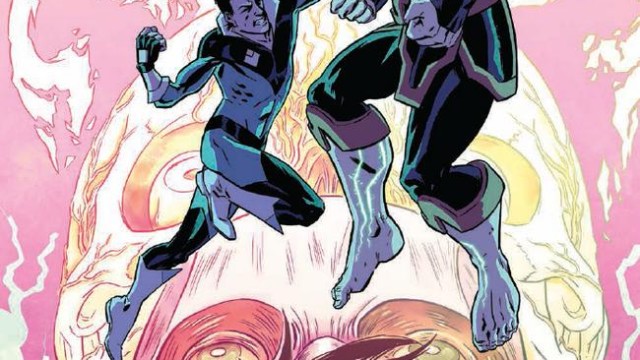 One of the most unique things about comics is legacies. This idea that a hero is more than just the person behind the mask or in the tights is phenomenal and speaks to the level of importance a hero can play in their world. The Mantle #1 is an unconventional take on the concept of what it means to be legacy. It follows a stoner named Robbie as he is graced by the literal Mantle and thrust into line of duty against his arch rival Plague.

Ed Brisson delivers a fresh take on superhero comics with The Mantle #1. The world of The Mantle appears to be just like our Earth but, at an instant, the world changes as the Mantle is literally passed on to the next individual. There a trio of characters that accompany the Mantle and help prepare the new “host” revealing to Robbie that the world is full of superheroes. You know, the same old Joseph Campbell “crossing the threshold” song and dance, except that Brisson acknowledges in the story that the concept has been done before and takes the tired notion and turns it on its head. He then expands on it with quick world building and pacing.

The pacing of the story is fast and quick. No scene overstays its welcome. Brisson ensures this by being swift and cutting with his dialog and action beats. The Mantle #1 has a fight scene that is possibly one of the best fight scenes this year.  Brisson uses the fight to deliver exposition and character work to help establish the world of The Mantle, and establishes the stakes for the holder of the Mantle.

Brisson doesn’t establish what exactly the team and Mantle’s purpose in the world is outside that Plague is always after Mantle. Maybe it is planned to be established in the following issues. It is a small complaint for an overall solid first issue.

Brian Level’s art is dynamic and brilliant. The previously mentioned fight scene is full of pure kinetic energy. It is driven and powerful. Each blow feels like it is full a thunder and looks like lightning. Level uses clear and crisp lines that help keep the action clear and easy to follow. The action is assisted by the layouts and composition of each page. There is no wasted space. The flow is consisted and dynamic, at times, keeping the reader turning the page.

The character models are diverse and various body types are well represented. Kabrah is my favorite character in her design. She is untraditional in terms of comic books. She is a strong woman that actually looks like one. It is very rare to see that in comics.

Jordan Boyd’s colors are calculated in use. The issue is presented in a muted tone throughout. The tones aren’t muddy though. The colors are precise use of shading and lighting. Boyd uses these tones to keep the world grounded realism, but when the story goes into the fantastic the colors become bright and vibrant. Their vibrancy stands out against the muted palate of the issue.

The Mantle #1 is off to a solid start. The premise Brisson is exploring is interesting and innovative. The concept of legacies is one always worth exploring in comics especially if it’s done with care. Level and Boyd bring a sense of dynamic and kinetic art that is a delight to read.  The Mantle #1 is a worthwhile read.