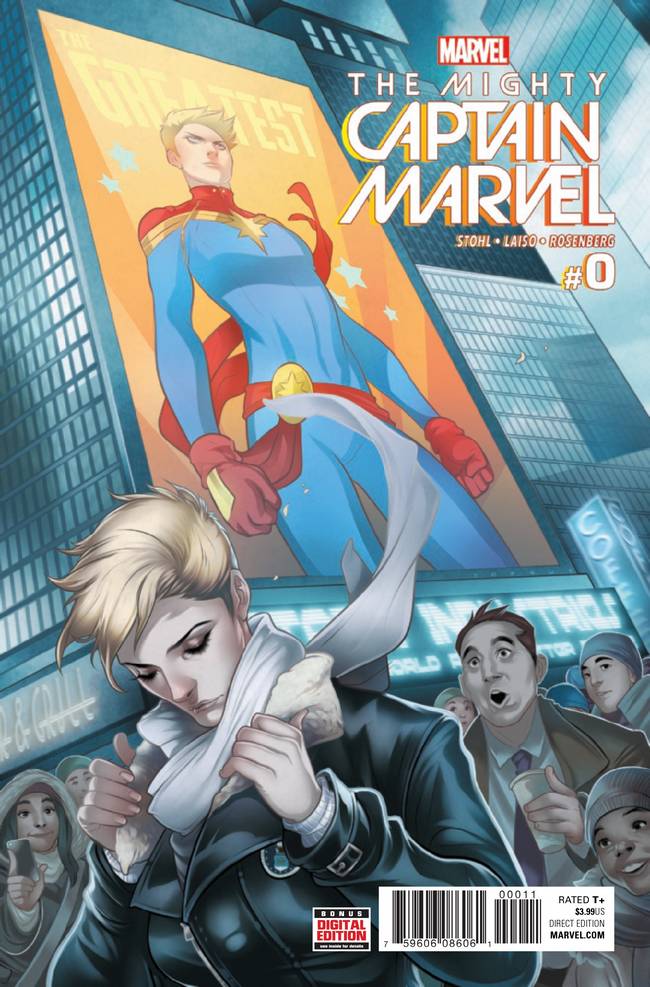 I was mad at Carol Danvers, a fictional character, for a long time this year. I still am.

I felt like a character, that had been written to represent and speak to women reading comics, had been morphed into someone unrecognizable. Instead of upholding freedoms guareenteed in the United States Constitution, I felt the character had been shoved into a box of supporting a fascist style police state in order to “save lives,” over the course of Civil War II. 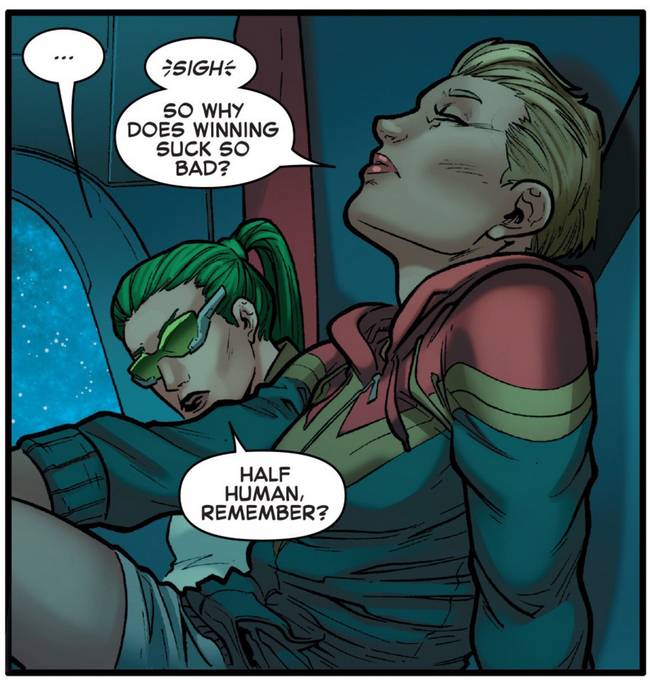 This is the hurt, bias and perturbance I brought with me upon opening Mighty Captain Marvel #0 in comiXology, this morning. This book makes no attempts to explain away, create a sudden change of heart or “fix” Carol’s out of character choices from this year’s event. What it does do is explore the psychological pressures that come once the dust settles, and the need for family and communication, even if you disagree.

Stohl, Laiso, Rosanas and Rosenberg tackle multiple obstacles for a zero issue. First, they create a transition from the events of CWII back to a standalone title for Carol Danvers. Second, they create an emotional connection for long time fans of Carol. Many, including myself, have been craving those healthy women friendships that had been key to the character over the last few years. Finally, they establish the plot points that will shape the first arc, like any good zero issue should do.

The fallout of CWII was inevitable, given the high “body count” of major characters. Instead pf shying away from this aspect Mighty Captain Marvel embraces it in a familiar fashion: the organization mandated counceling. Marvel Comics willingness to be more open about mental health issues has been refreshing. Stohl gives Carol a reluctance to go through with this. While slightly stereotypical of superhumans, it reads as natural, given her military background. It also helps to create a dialogue about the need for healthy, or at least honest, communication.

The creative team sets all this up amongst the problem of alien refugees looking for help on Earth. Alpha Flight, of course is on the front lines of this, which clearly reflects modern headlines.  The science-fiction setting is clearly realized through Laiso, Rosanas art and Rosenberg’s colors. Dark outlined figures, skillfully shadowed, against gradient backgrounds create dynamic pages. Pages that could stagnate with talking heads feel real with choices in body position and perspective. Quiet moments of reflection, discussion or remembering the past use basic panels and gutters. This slows down the pace, pushing the reader think and reflect along with Carol. Carol’s nightmares, action sequences or moments of turbulence, as well as the perspective of our new villain in disguise, are highlighted by overlapping panels, and panels bleeding off the page.

There are no shattering realizations found in these pages. Carol has not suddenly changed her mind on the events of the past year, nor would a switch up like that ring true. Had it come in the middle of a series, the word “pacer” would be a perfect description. It does the job many zero issues fall flat in accomplishing: providing only necessary exposition for those who have not been keeping up, and laying the groundwork ahead, while still being action packed and interesting. Those who are not big on internal conflicts of superheroes, friendship or the pressures of work will mostly likely not be interested in picking this issue up.

CWII focused on infighting Carol had with Jessica Drew, Kamala Khan, and others. This issue shows how losing those relationships, over ideals, takes emotional tolls in life and work. “Winning” becomes an empty notion. It’s an exploration of women, friendships, and communication that has desperately been missing. Add to that quality, dependable art and you have something worth checking out.