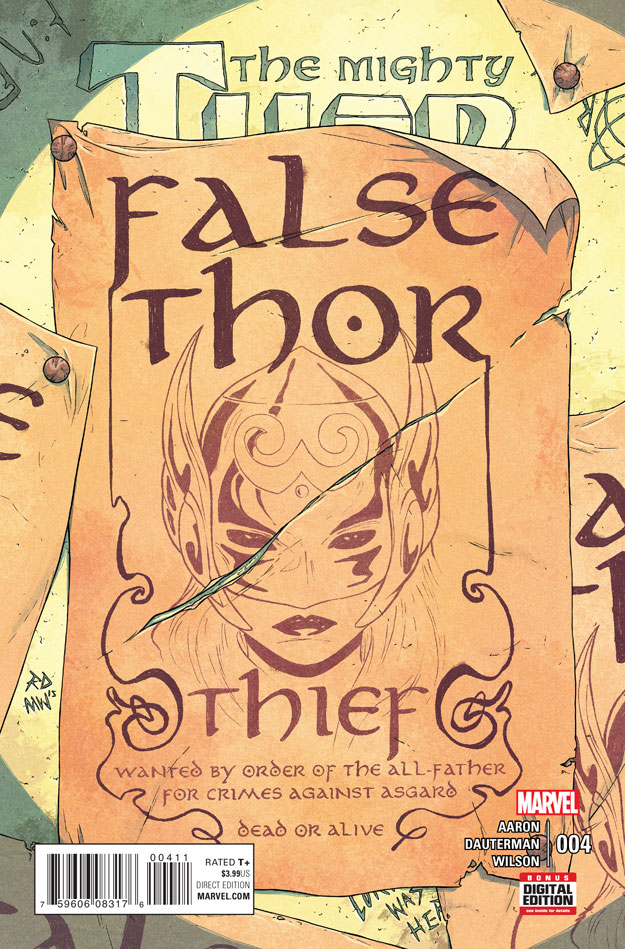 I’m not sure how these three (the true Warriors Three: Jason Aaron, Russell Dauterman and Matt Wilson) manage to pull it off, but The Mighty Thor becomes increasingly epic with each passing page. In this issue we get twists, turns, deception, humour, one hell of a speech at the trial of Freyja, violent revolution and a hammer swing for the ages. All in one comic.

The amount of story this team crams into this issue impresses me, as we get a continuation of Malekith’s war across the realms, the trial of Freyja and more, without it ever feeling like too much is going on. This title has a lot of threads working at once and Aaron balances them masterfully, giving each their just due without any feeling neglected or benched. Loki’s banter pulls it all together into a perfectly crafted package and this issue has huge consequences for the future of Thor and Asgard. Aaron is not holding back at all. He’s attacking this Thor storyline with the same ferocity as an issue of Southern Bastards or The Goddamned…this one just happens to have less cussing and more mysticism. That may be what impressed me the most about this story: just how intense Jason Aaron is making it while still keeping it within the regular constraints of the Marvel Universe. There is huge action, high stakes, and an epic story unfolding here, and this isn’t part of some crazy crossover event. This is just issue #4 of The Mighty Thor and it is bigger and more impressive than the vast majority of anything else being released by the House of Ideas right now.

A huge amount of the “epic” I keep referring to is brought by the thunderous visuals coming from Dauterman and Wilson. This duo is as good as you’ll find in comics today, and this issue solidifies even further how excellent they are. Dauterman’s pencils never falter in this entire issue, and he somehow manages to settle in more with each page. He does an amazing job of making Thor powerful and elegant at the same time, and when she throws down with her foe at the end of the issue there is no questioning how much ass this woman can kick. Couple these pencils with Wilson’s electric colour work and you have art made in Heven (ha! sorry!) that truly captures the insanity of all the Realms.

The Mighty Thor #4 is a thunderous victory of a comic, greatness exploding from each and every page. Aaron, Dauterman and Wilson are as good a team as can be. The Mighty Thor is a can’t miss comic. Krakaf***ingthoom, friends.