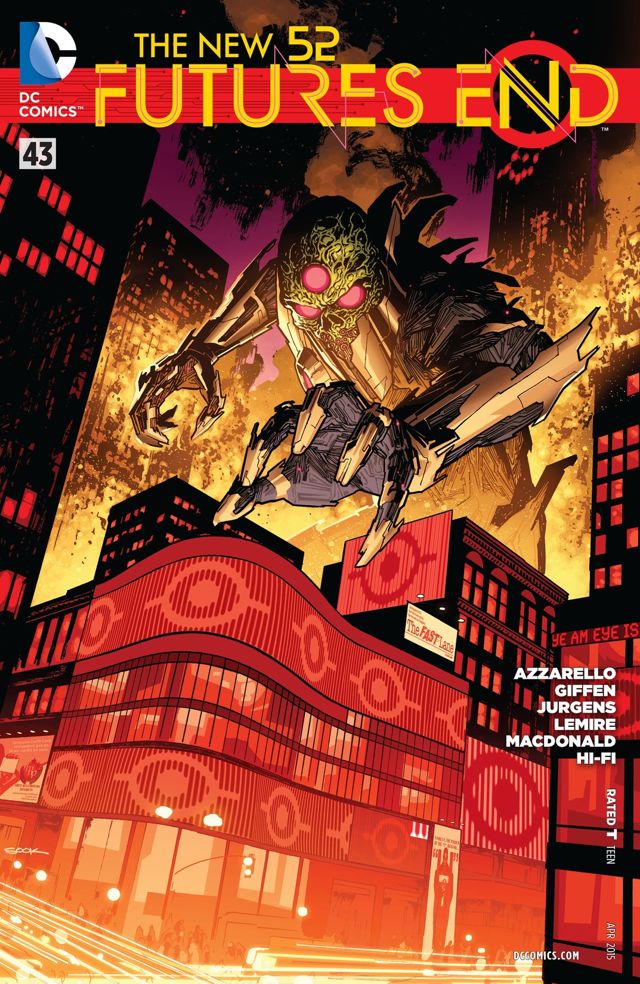 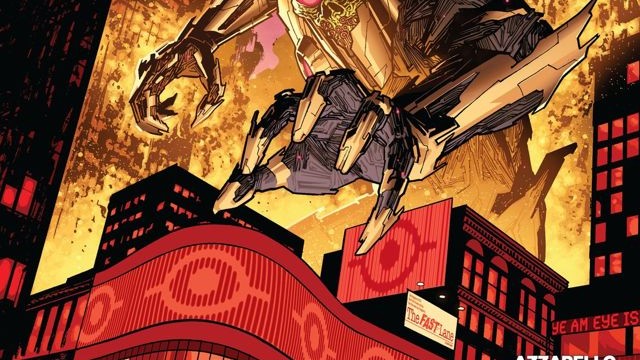 Brainiac is laying waste to New York, can even the newly returned Superman stop him?

The writing team is setting up for the major conflict that will conclude this series, putting all the major players on the board and getting them ready to throw down. This issue very much feels like it is biding time for the explosions, as the story moves forward at a very slow pace considering the heavy hitters that are involved. I have some issues with the focus of this story, as an exorbitant amount of time is spent with Red Robin, Plastique, Key and Coil doing a whole lot of nothing in the end, which I found odd considering the actual important storylines happening in the world at large. It felt like watching a Godzilla movie where he is storming a city and we’re watching a few people have coffee quite a few blocks away. They are in danger, we can hear the action, yet we are watching these people have coffee. After priming the issue with the return of Superman and actually claiming that the Justice League are fighting Brainiac, which is something I’m game to see, choosing to spend so much time with the other crew was disappointing.

Andy MacDonald’s art is a mixed bag, with some really strong panels featuring Superman, but then, right before them, are panels that appear to be very rushed. He handles Brainiac well, showcasing him as being an exceptionally powerful villain, but we see next to no conflict in this issue. That limits MacDonald’s opportunities to cut loose, which restricts him to a lot of lower key conversations which highlight some of the inconsistencies. While his work is not poor, it is as relatively generic as the plot of the issue. The story feels like it is biding time, and the art lacks the punch to compensate for it.

The New 52: Futures End #43 is setting the board for something big, but very little of note occurs in this issue. The art is relatively generic and doesn’t compensate for the slow pace of the story, but I am still looking forward to when this series explodes and we get to see the the conflicts that have been brewing for so long.