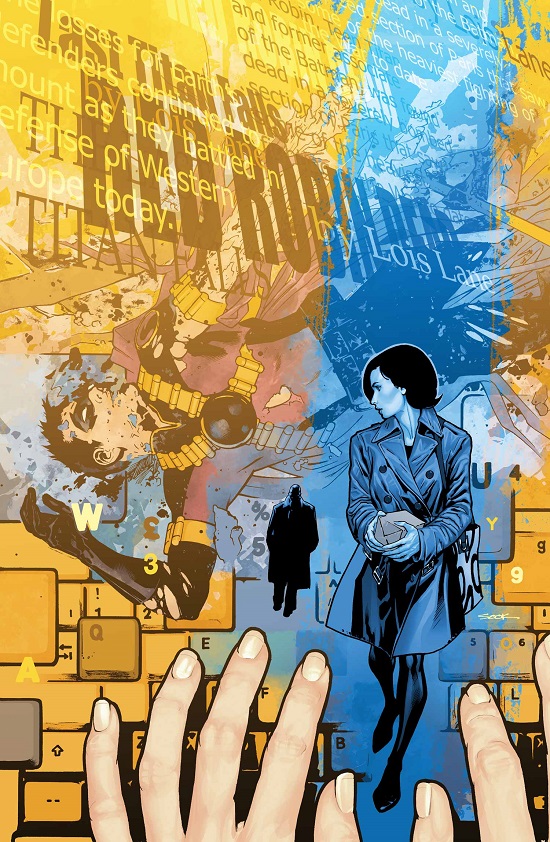 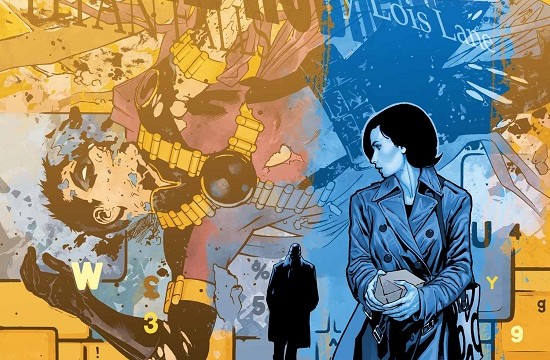 The artist rotation is back to Patrick Zircher as several storylines suddenly become a lot more interesting in Futures End #6….

This issue of Futures End checks in with three of the ongoing storylines in the series, including Batman Beyond, the Frankenstein/S.H.A.D.E. arc and the current state of Red Robin. The writers take their craft up a notch in this issue, throwing some unforeseen kinks into each storyline and fleshing out this future world with subtle details and interactions. Readers get their first good look at one of the biggest characters in the DCU in this issue, and his appearance alone makes this story an exciting one.

On the Batman Beyond side, the stakes take a huge swing upward with information that falls into the hands of Mr. Terrific, but the real winner in this issue is the Frankenstein storyline. He and Amethyst, the Agents of S.H.A.D.E. are investigating the disappearance of Stormwatch, wiped out earlier in the series by a force that is bound to threaten Earth at some point in this series. Their investigations take them to the Phantom Zone where the biggest character reveal of the issue happens that will cause readers to have an immediate flurry of questions. The writers paced this reveal brilliantly, with some entertaining banter between Frankenstein and Amethyst cut short by the reveal hitting like a hammer. This section of the story alone sold the issue for me and guaranteed my return for a few more issues to see how this all shakes out.

With issue #6 of Futures End it feels like some of the pieces are starting to fall into place and we may see some of the storylines begin to converge in entertaining ways. There are larger subplots forming beneath the surface of these stories and this issue definitely kept my interest from start to finish.

A huge factor that sold these stories for me is the artwork from Patrick Zircher. Zircher delivers some top flight art in this comic that, in a bizarre way, almost hurts the series as a whole for me. His art is vastly superior to the rest of the team working in the rotation and these characters have never looked better in this series than they do in this issue. Zircher’s crisp lines and sharp pencil work, including extremely detailed backgrounds, creates a world that is immersive and easy on the eyes. He pencils facial expressions well, giving these characters a ton of personality and energy. His Mr. Terrific is imposing and strong, his Frankenstein looks like a monster who has been through it all and has little to lose, and his Lois Lane is determined and unflinching in her desire to get the story she is after.

All of these traits can be assumed from Zircher’s work with the just the eyes of the characters mentioned and that’s the mark of strong visual storytelling. He handles the big reveals in this issue well, giving powerhouse characters their proper introductions while not filling the issue with unnecessary splash pages. Zircher is definitely the heavy hitter of this rotating art team and I can’t wait to see he has in store for readers in his next turn in the rotation.

Futures End #6 is the strongest chapter since the first issue in this weekly series, throwing down some information that gives the story as a whole more energy and momentum going forward. Packaging these three storylines together was a smart move by the creators and editorial, and Patrick Zircher more than held up his end of the bargain with some very strong artwork. My interest was waning but issue #6 has pulled me back in, and I’ll be seeing what goes down next week in issue #7.