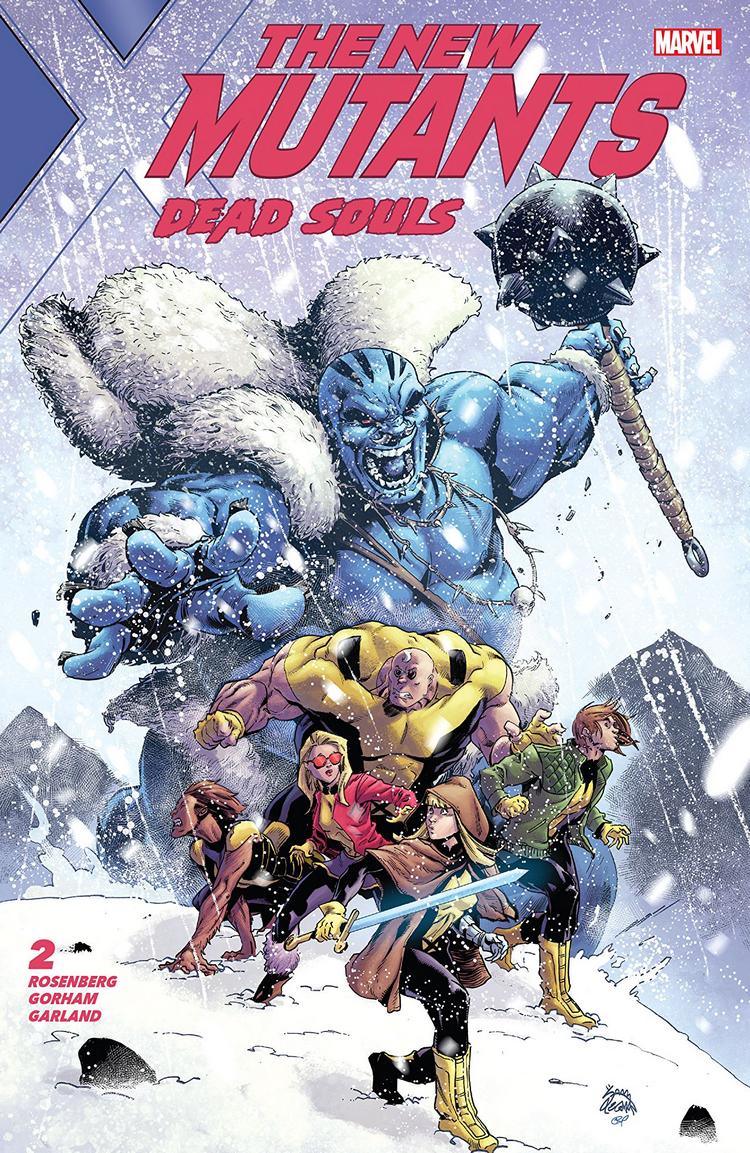 If the first issue of this mini-series was about establishing the weird and creepy factor for New Mutants exploits, this issue was all about reminding you that they still exist in the Marvel Universe. This cast of old and new members are making their way to Russia to intercept troubling killer of godlike proportions.

Opening scenes are quick to establish staples of many of the team’s characters: Rictor’s relationship with Shatterstar, Boom-Boom’s love of booze and money, Wolfsbane’s constant role of asking questions to establish exposition and of course the fact that none of them trust Magik. These few pages of brunch-time will also be appreciated for addressing some “elephant in the room” style questions, that long time New Mutants fans will have. The second Dani Moonstar’s name was brought up I was almost flailing my iPad back and forth with satisfaction. While Rosenberg’s dialogue does not directly answer any of these questions, it at least acknowledges the “but what about (this)” fans that are always out there. The creative team is aware you’ve got questions, but it’s a mini-series and they have to move on with the story. It also provides an opportunity for a cheesy but fun “They’re Behind Me” trope that always makes me laugh.

While initially introduced as paranormal and mysterious the story quickly devolves into more typical superhero fare. It’s hard to pin down why, but Adam Gorham’s art and Michael Garland’s colors feel more clear and clean in this issue, compared to the first. Perhaps it is simply a matter of a scenery change. The first issue was dark, nighttime, with a creepy zombie-filled cursed town. This story takes place in the daytime in one area, and in another, one of the snowiest regions of Russia. Both of these settings are going to have brighter lighting and atmosphere. However, even the character’s features feel like they’ve been given a softer rendering. Magik’s bangs are not as even, facial structures are not as consistent, backgrounds less detailed. The texture filter that is used on the final pages, tying into the backstory introduced in issue one, brings back the creepiness that might have been lost in the issue’s more “typical” superhero battle.

While not completely unexpected, it is an X-Men book, this type of story could be disappointing for those seeking out the chilling vibes the first issue produced. If you were to liken issue one to Rachel Rising or The October Faction, issue two feels more like a cross between Nextwave and a Jason Aaron Thor story. The idea of that kind of story is really cool and has plenty of humorous moments mixed with great action sequences. There is irreverent and snarky banter, axe vs sword fights and of course superpowers. Plus, the final page reveal will make longtime New Mutants fans fist pump, or jaw drop depending upon how they feel about certain characters. It’s a reveal where Clayton Cowles’s lettering makes a huge difference in the feel and turn of the story. For those who are reading for the first time, afterward, I suggest they open up Marvel Unlimited and read the original The New Mutants starting with issue #18. It’s not a necessity but definitely helps to add context.