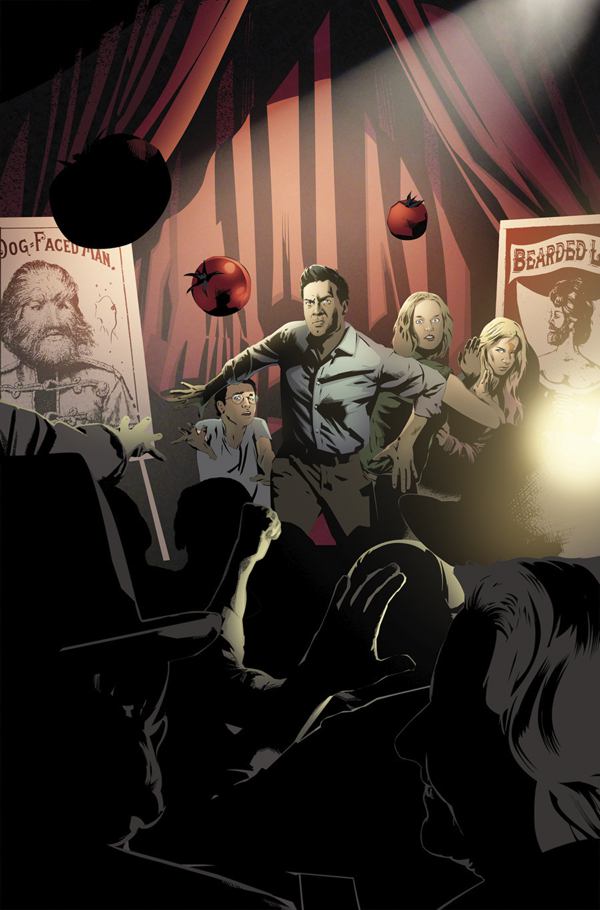 At the heart of The Normals #1 is a Twilight Zone-ready plot of identity crisis and calamity, but the issue suffers its own inner turmoil between the covers.

Written by Adam Glass with art from Dennis Calero, The Normals #1 opens with a lot of exposition. A significant chunk of that is delivered through caption boxes, peppering the opening act of this issue, and slowing down the pace from the start.

This is the story of the Normals: Jack and Mary and their children, Josephine and Aidan and their apparently “normal” life in Suburbia, U.S.A. Jacks monolog opens the book, his thoughts introduce his family of co-stars, and his monolog provides the pacing and flow for the rest of The Normals #1. The story takes a turn midway through the issue, in a story twist that is, as mentioned before, worthy of the Twilight Zone.

Except the rest of the issue isn’t as invested as being a Twilight Zone tale as it is a bang-pow comic book. Individually, any aspect of this comic hits the right marks, but put together, The Normals #1 doesn’t adhere so well. Some of that can be attributed directly to weird storytelling leaps in the art, like Jack and Mary suddenly holding hands and looking at each other as though standing in for a wedding photo in the doctor’s office or even said doctor grabbing a potted plant for no reason whatsoever panels before. That potted plant, by the way, appears to be something along the lines of a chunk of grass.

Calero does well with the individual panel compositions. The flow of the story, hamstrung from the exposition-heavy opening, stutters and drags. Moments burst, but seem awkward in doing so. Calero’s style is shadow-rich, as fits a horror story, but sometimes the shadows are balanced oddly, so heads simply float. Complicating matters are colors that want to be in a superhero comic, and work incongruously with the art. Overall, the look isn’t truly bad, but the combo is closer to peanut butter and mustard than the classic, can’t-miss peanut butter and chocolate.

I wanted to like this comic more than I did, and the series still has potential, but it’s going to have to work a little bit harder to be memorable or impactful. Maybe this is partially due to the creative team finding their collective groove, but The Normals #1 opens a little too uncertainly to make an immediate move to my pull list and read pile.