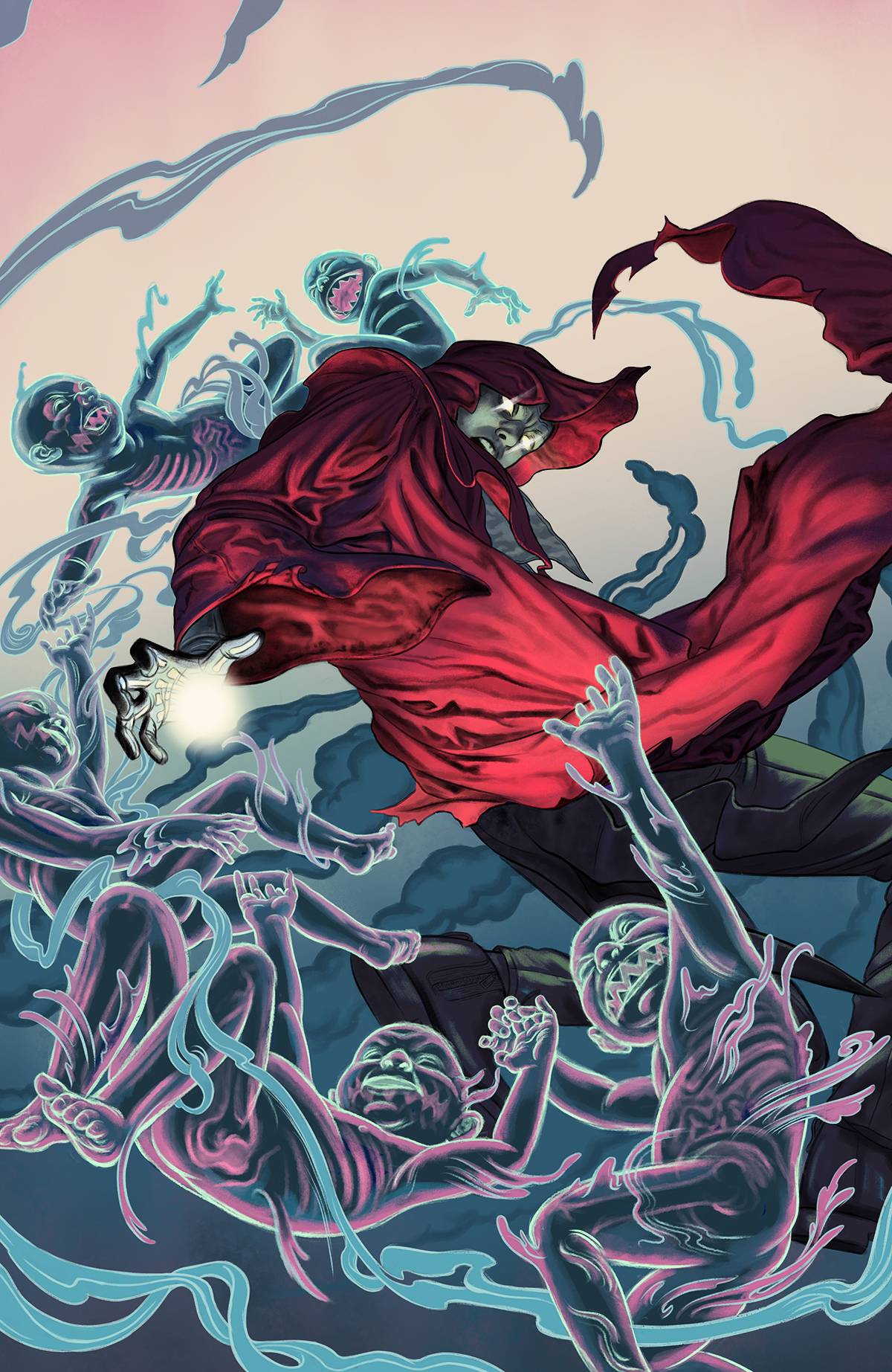 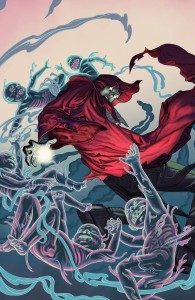 As a sorcerer in comics, it has to be tough trying to live up to the more iconic heroes like Dr. Strange, Dr. Fate, or Constantine. To start with, much of those characters’ youths were never fully explored (the three heroes mentioned were adults when they came into their sorcerer-primes) and their uses of magic always seemed to hint at years of implied magical knowledge that was learned off-page.

The Occultist #1 is getting to see all the bumps, hassles, and errors that go along with being a comic book teenager who also happens to be bonded to a magical grimoire called The Sword.

The newest issue of The Occultist being released by Dark Horse Comics is the first in a new mini-series that focuses on Rob Bailey, the bearer of The Sword tome. The best aspects of this comic should be laid out first – the concept. The idea of a sorcerer-in-training who does not explicitly have to attend classes, wrestle with classmates, or otherwise be immerses in a different world is a refreshing one. The character of Rob Bailey has enough to deal with from being possessed by a magical Wikipedia-type text of powerful magic that allow him to access, summon, and banish the dead without also having to deal with giving the reader a new setting to digest.

Rob’s power-set provides the most fun of the comic by far – summoning the ghosts of deceased, evil spirits so they can be disposed of (in ironic fashions, too!), accessing different spirits and how to destroy them, and being able to become intangible and access other people’s dreams? Any one power alone seems capable enough of providing a good base for a fascinating magical-hero, but indeed, Rob’s power-level seems capable of handling many threats from beyond the mortal world.

Where the comic falls flat is the lack of introduction, the pace, and the inability for the comic to be presented to new readers. As a reviewer this has been my first dip-of-the-toe into the depths of The Occultist universe, one I admit I know little about after having read a first issue comic. Perhaps Dark Horse would have been better served with a page or two that could have served as an introduction for who Rob Bailey is? Anna Melendez? Mr. Charles? Many characters simply pop-up and there is no attempt to even try and explain the connection. References are made, for example, to something called Swordbreaker. A Google-search connects me to The Occultist comic run from 2011, but this does not help me settle into this issue itself.

There are attempts made to set up for what will obviously be a fun, wide-reaching story that should carry through the five-issue mini-series that Richardson and Seeley are building, but new readers might be at a loss to see where this first issue fits in. Is this the start of a story that is stand-alone? Will more references be going on to previous issues of The Occultist?

Perhaps the best moment in The Occultist, however, was in the last few pages — pages which went very, very far for setting up the best element of the series: weird teenager-centric uses of magical power to, you know, figure out what women want. The blatant disregard for such colossal magic power is not only a fun teen-angst-riddled experiment, but a fitting one for the series. Rob Bailey seems, if anything, rather new at his powers and not yet encountered any specific ‘with great power comes…’ moment — yet, anyway. One panel in particular should be mentioned that seems to represent the vast potential of this series. The panel in question shows Rob as he enters the dreams of another character. It is wild, insane, and only makes me more anxious for the seeing the bizarre nature the power of The Sword is capable of in Rob’s teenage hands.

The art by Mike Norton is very good in that it captures the bright, colorful tone of the characters. Magic is represented in vibrant, bombastic explosions of color and light, colors that colorist Allen Passalaqua does wonders with. When The Occultist starts letting his spells fly to banish the dead, the comic sings. Some panel inconsistencies with characters are evident (such as a jump between one character standing next to Rob and then being escorted by another character in the next panel), however these hiccups are slight and do not bog down the fun that is in the comic at all.

While this #1 comic seems not to be the best entry point into The Occultist series, it may best serve as a window into the larger franchise of the character. Still, despite some confusion as to backstory, the nature of The Occultist is clear – banishing demons, bizarre magical villains, and some good ol’ fashioned teenage drama. On those merits alone it is worth a look, although you might want to look up the older mini-series runs beforehand.