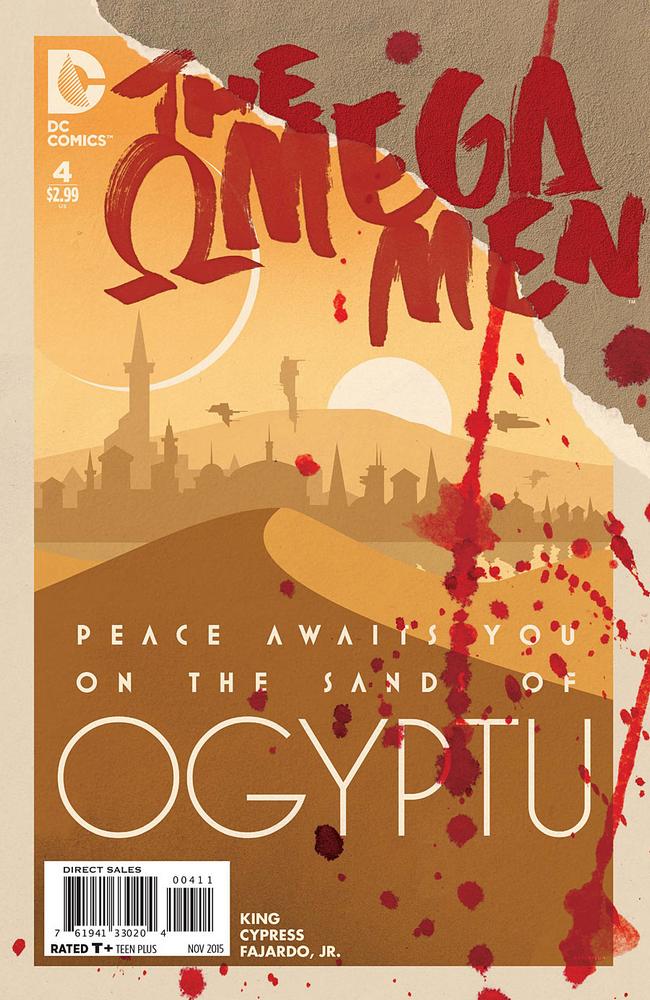 Tom King treats readers to some masterful writing in this issue, alluding to an immense amount of the drama from Kyle Rayner’s past and the unclear situation of The Omega Men. This is a slow issue, from the perspective of it taking place in a single room for the most part, but it doesn’t drag at any point. King delves into Rayner’s past in a way that is gripping and engrossing and I will say, without hesitation, that I have never been more intrigued by Kyle Rayner. King deals with some very sensitive, dark times in a tasteful way that does not reduce or trivialize their impact, and it works.

His work with Princess Kalista is just as strong, her words layered in multiple possible meanings and tons of intrigue. This character has a depth to her that makes her unpredictable, and she certainly can’t be accused of being a stock character. King’s examination of her past is as skillfully executed as his work with Rayner and this issue unfolds with perfect pacing for maximum impact.

Toby Cypress’ work strikes an excellent balance of moodiness and style, making the past seem very dreamlike…but not in a good way. These are dark stories he is bringing to life, and his work plays off of King’s words nicely. This art is far from “perfect” and that what makes it work. It suits the title, the areas of grey that King is playing in with this story, and the characters and their lives to this point. This is some very on point work from Cypress and his ability to set such a complex mood impressed me.

The Omega Men #4 is a damn good comic. King & Cypress work in some dark places, but with a surprising amount of grace from a storytelling perspective. This is a unique title and this pair tells this tale well. Do yourself a favour and check out this book.