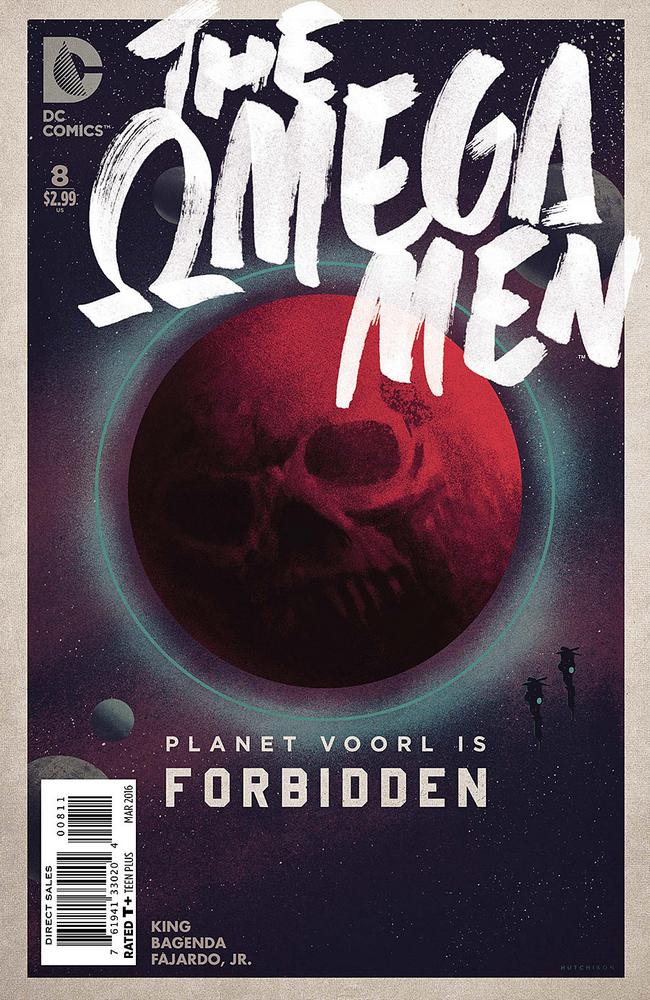 This is one dark book.

The Omega Men #8 tells a tale of genocide, manipulation and an immense amount of death…but in a very well crafted way.

Tom King does an exceptional job with pacing the single issues of this tense, slow burn story. The weight he saddles the readers with is immense and by the end of the issue…damn was I emotionally tired. This story is full of very heavy information, told in a manner that does not trivialize the death of billions and drives home the gravity of the situation here. The dialogue is well written, but what stuck with me is the immensity of the events in this story. King isn’t shying away from going big with The Omega Men, and readers are the beneficiaries of the storytelling risks he has chosen to take. This comic is mesmerizing, with a story that pulls readers in and refuses to let go. King is a master of dark toned comics and The Omega Men #8 is another brilliantly written issue in what has been a string of them.

Barnaby Bagenda and Romula Fajardo, Jr. match King’s skilled writing with emotional, evocative artwork that takes the big moments of this issue and drives them home. The visuals in this issue hurt at points, Bagenda’s style and Fajardo’s dark palette showcasing what a dark event it is that occurs in #8. What impresses me most is how Bagenda and Fajardo can tell so much story in the shadows without ever being gratuitous or over the top. The subtleties in the artwork does this story greater justice and this art team was meant to craft The Omega Men. Tone is a huge part of this comic and Bagenda and Fajardo absolutely nail the proper tone for issue #8.

The Omega Men #8 made me feel, and I’m not happy with King, Bagenda and Fajardo for it. This is a powerful comic that does not shy away from the stakes that are at play in this series and it is a gem in the DC lineup. If you enjoy any of King’s other work, try The Omega Men. What he, Barnaby Bagenda and Romulo Fajardo, Jr. are building with this series is exceptional.