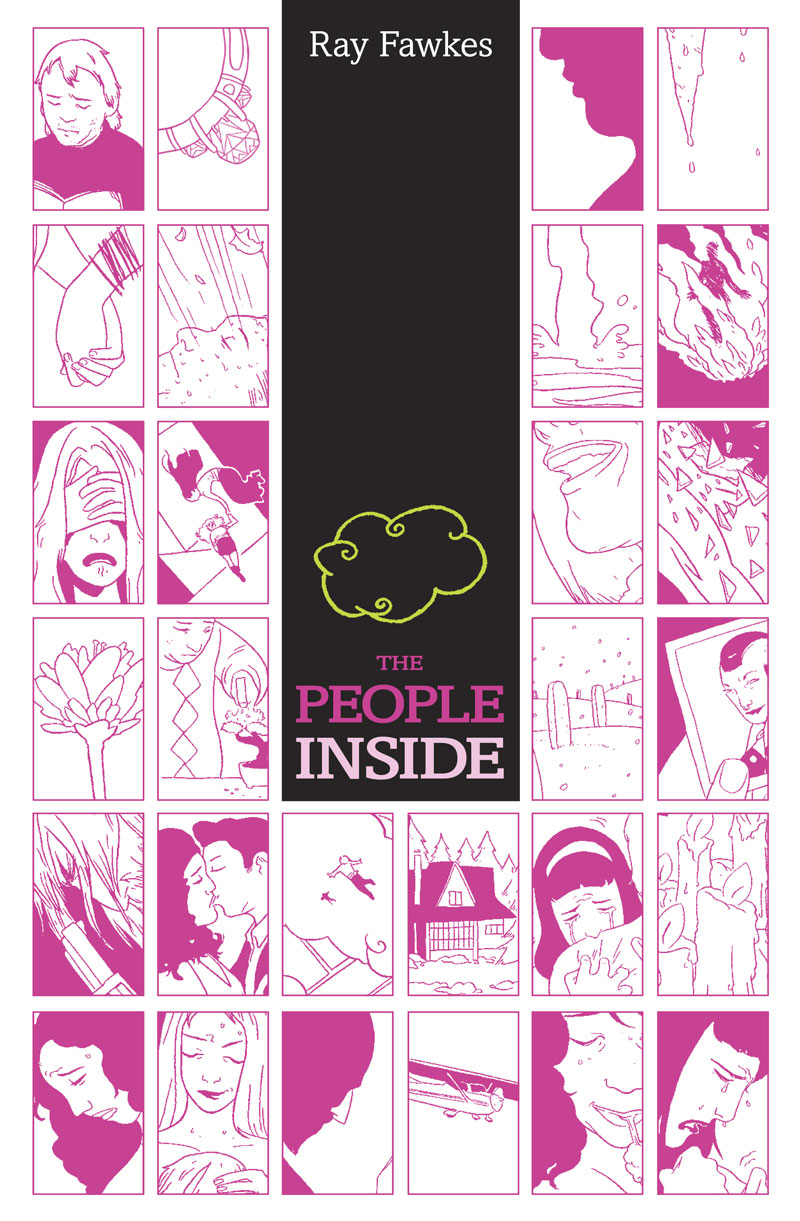 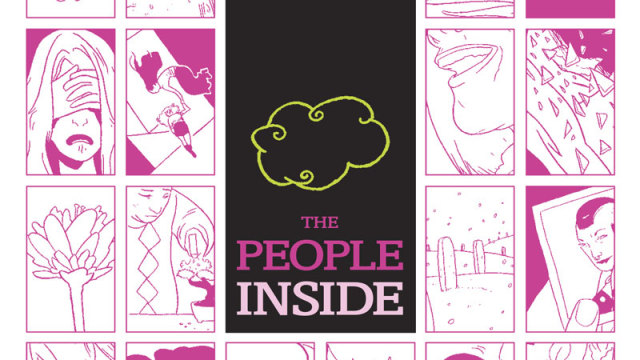 It was impossible to predict that the most tragic thing I would read in a comic this year would be the white gutter between two pure black panels. And yet, my heart broke every time I turned the page.

Ray Fawkes’ graphic novel The People Inside is the thematic and artistic follow up to his remarkable One Soul (published in 2013, also by Oni Press). In One Soul, Fawkes used a 9-panel grid to tell 18 concurrent narratives over every two-page spread. The upper left corner of every spread followed character A, second from the left character B and so on.

Fawkes takes this conceit and pushes further by following 24 characters over every two-page spread but combining and separating the panels to symbolize when two of the characters are in a relationship together. The pages drift from six panels to 12 depending on the partnerships.

If this sounds confusing, trust me, it works beautifully.

The People Inside is about love in all its wonder and ugliness. Romance, one-night stands, breakups, reunions, and so many other variations. There are straight, gay and lesbian characters who are in a range from so-called traditional marriage to what in the Facebook era we would call “it’s complicated.”  Fawkes creates compelling characters in the barest of text and image. We follow the lives of these 24 characters for only about 100 panels each and they are surprisingly complete and developed. 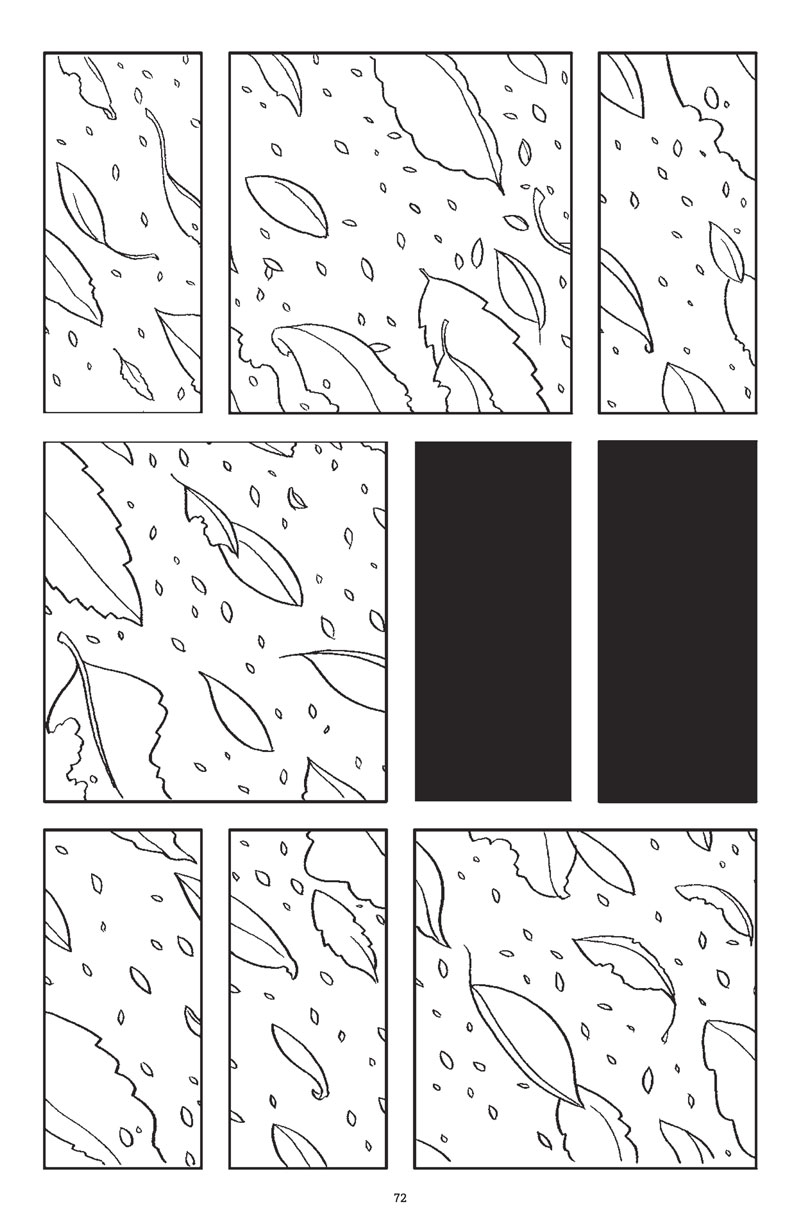 Back to that white gutter I mentioned. When a character dies on one of these books, their panel goes to solid black. We lose one of our cast early on and their partner soon after. I expected to see these two panels join again after the death of the second, a symbol of them reuniting in another life. That the panels stubbornly stayed apart gave me more pain than I thought possible from the simplest of choices.

The shifting of the panels is integral to the stories and it gives the reader a subtle push one way and another to show characters growing together and growing apart.

Fawkes’ artwork is much cleaner in this volume than in previous work, Simple characters and images with little background or flourish. His art has evolved a great deal since One Soul and he is able to capture more with less, putting the effort into faces and expressions. The recurring motif of leaves punctuates the story flow while giving the reader a chance to reorient themselves as the tensions rise and fall.

Fawkes crafts these works to be read continuously as one story or the reader can chose one thread and follow it on its own. I would recommend you read the complete work then put it aside for a time before returning to the individual pieces. One Soul gained much from reading it both ways.

The People Inside is an exceptional work and Ray Fawkes is pushing the comics medium toward its artistic potential. This isn’t art with words pasted on it, it’s the marriage of word and image in a unique form that is only possible with comics.