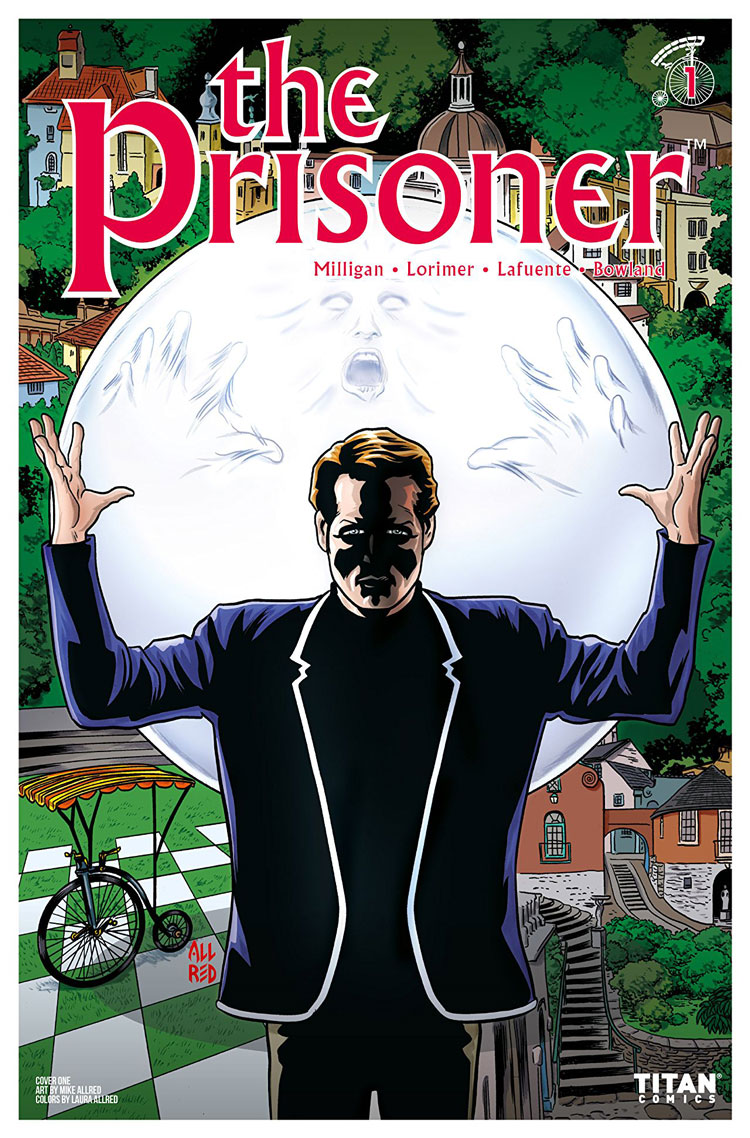 Sequel? Reboot? Reimagining? This new The Prisoner comic will not be pushed, filed, stamped, indexed, briefed, debriefed, or numbered.

It is unclear what level of knowledge of the classic TV series one will need for this comic, but I think it’s decidedly rare for a neophyte to jump onto a licensed book. From the outset, it seems at least the memory of seeing it many years past might be called for.

Unlike his predecessor, this time our protagonist has a name — Agent Breen — and a head start. Breen starts on the run from, well, everyone, and we are given some curious hints of the books’ tone and ties to Prisoners past. Who is chasing him? How did he get on the front page of the daily newspaper? And why would someone play chess in a bathroom? All questions posed and unanswered.

We get what we need from a first issue here. Breen has a bit of backstory, motivation, and mystery. And we get hints about the role The Village plays in a technological spy era of Wikileaks and Snowden. The skeleton is there for a good spy story from the start.

Lorimer’s art is a good fit, sliding ably from realistic to 60s psychedelic. The flow of the action is smooth and the panels filled to the brim with detail, bringing the locations alive. He is particularly adept at layer panels over one another to create a step-by-step feel.

The coloring by LaFluente stays predominantly in muted earth tones, with careful splashes of color when the time is right. She holds back just enough that the big reveal at the end of the issue, with a much broader color palate, jumps off the page.

And when did Simon Bowland become the busiest letterer in comics? I choose books to review in an almost random fashion and this is the fourth of my past six reviews that are lettered by Bowland. Here, again, Bowland brings a practiced hand to the placement and aids in a smooth-flowing issue.

For those keeping score at home, this is the third time revisiting The Prisoner in comics form. DC published a sequel in 1988 by Dean Motter and Mark Askwith, and a single issue of a Jack Kirby/Gil Kane adaptation was partly drawn by never published. It will see the light of day from Titan Comics in July.

I don’t often note the covers in reviews, but special nod to the quality and diversity of the variants on this one. The requisite photo cover is found, as well as covers by the Allreds, Colin Lortimer, John McCrea and Chris Weston. As well, one of the pages from Kirby’s unpublished The Prisoner is offered up as a cover, definitely the pick of the litter.