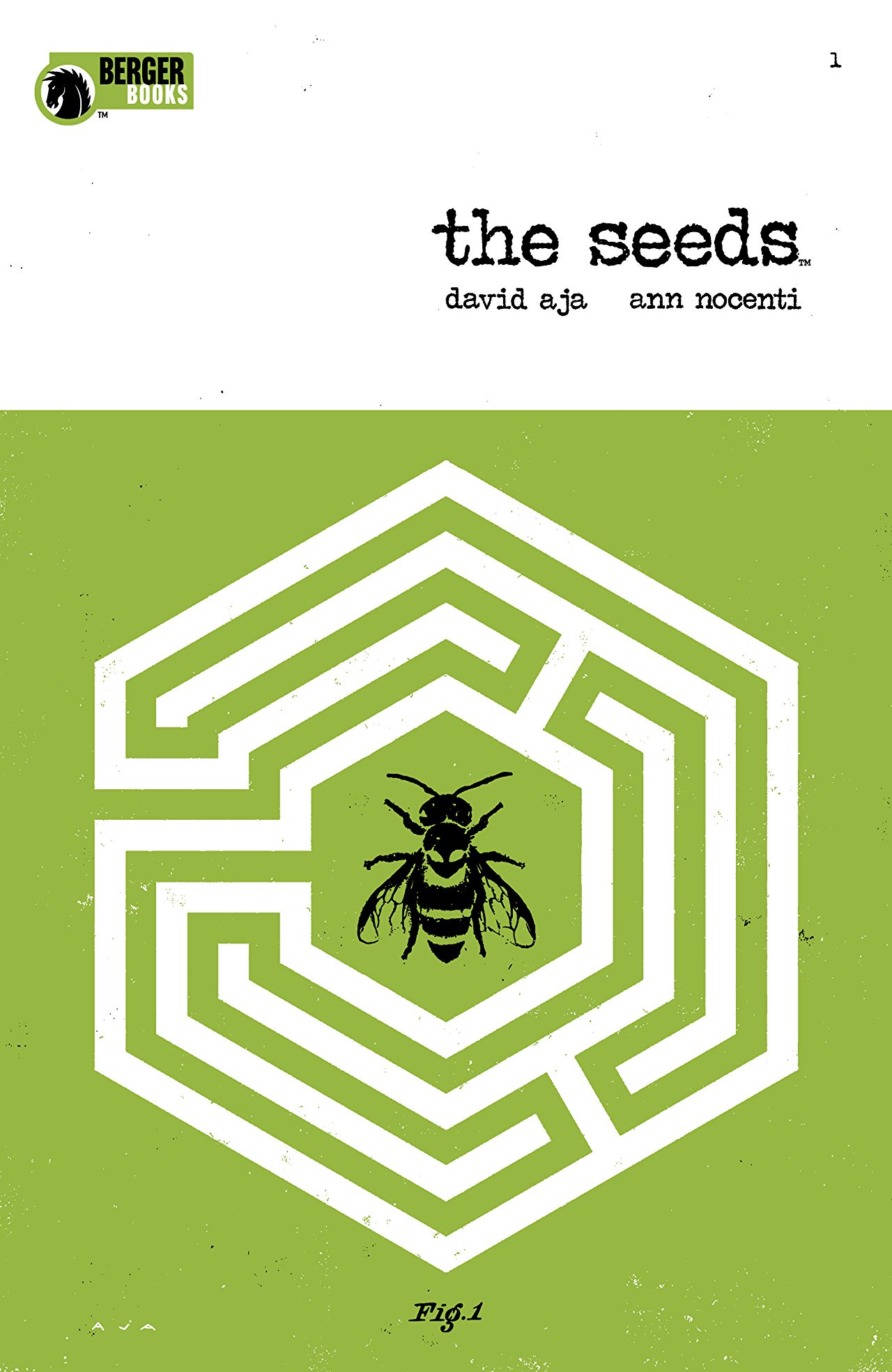 In a dying world, people are smashing their technology and moving to the lawless Zone B. Meanwhile, aliens are collecting seeds and a journalist, Astra, stumbles onto the story.

The Seeds #1 is the first issue in a four-issue science fiction series about, among other things, the end of the world and the journalist whose reporting may make it even worse. Astra works for a publisher with an extremely tendentious relationship to the truth and is assigned to produce nonsense clickbait if she wants approval for her more serious journalism. Lola is a disabled woman carrying out a relationship with Race, an alien who wears a gas mask on a mission to save genetic seeds from life on Earth. Susan and Jack raise bees in Zone B, a technology-free zone behind a big wall that Astra wants to infiltrate and investigate. And around them, the world slowly dies.

The details are science fiction, but the story feels real, authentic. From the Buzzfeed-style clickbait-to-find-investigative-journalism to the dependence on technology to the death of bees to all the little details of continuing to live life in a dying world in spite of a crushing, all-pervasive sense of despair, The Seeds #1 feels relevant and current. The story never pauses for exposition, and it never leads the reader by the hand. Instead plot is revealed through a series of authentic-feeling, yet philosophical, conversations, between Susan and Jack, between Astra and her editor, between Lola and Race. It grounds the characters, makes them feel like real people struggling to get by as they process the imminent end.

There’s a preoccupation with death in this world, for obvious reasons. It’s never made explicit, but it’s implied by various reports that environmental catastrophy is, if not imminent, inexorable. Things are getting worse, slowly but steadily, and nobody can do anything about it. So they keep themselves busy, raising bees, having sex, doing their jobs, while thoughts of death and the suicide of the planet are never far from their mind (as exemplified by Club Death, a club Astra is preparing a clickbaity article on where partiers notionally imbibe drugs to experience what it’s like to die). The death theme runs parallel with consistent bee-related symbolism, with bees themselves, hex-grid honeycombs, and a bee-like race of aliens who collect the seeds of the planet in order to preserve them in some galactic database. The twin themes are tied together in a conversation between the beekeepers about what happens when bees die out, perhaps as foreshadowing.

The art is this very striking black-and-white-and-grey tri-tone style, all arranged in nine-panel grids that skillfully maximize the impact of the rich dialog. Everything is black, white, or a single shade of grey that’s half-way between, with zip-a-tone-style dots used to create the impression of shading. The ultimate effect is to make it feel like you’re playing an adventure game on an old monochrome Macintosh computer, and the photorealistic-within-the-tri-tone style gives everything an 80s punk rock zine aesthetic. It’s incredibly effective.

The Seeds #1 is a gripping start to what promises to be an excellent science fiction miniseries. The striking art and convincing characters pull you along and draw you in to a world that’s hauntingly, melancholically familiar.