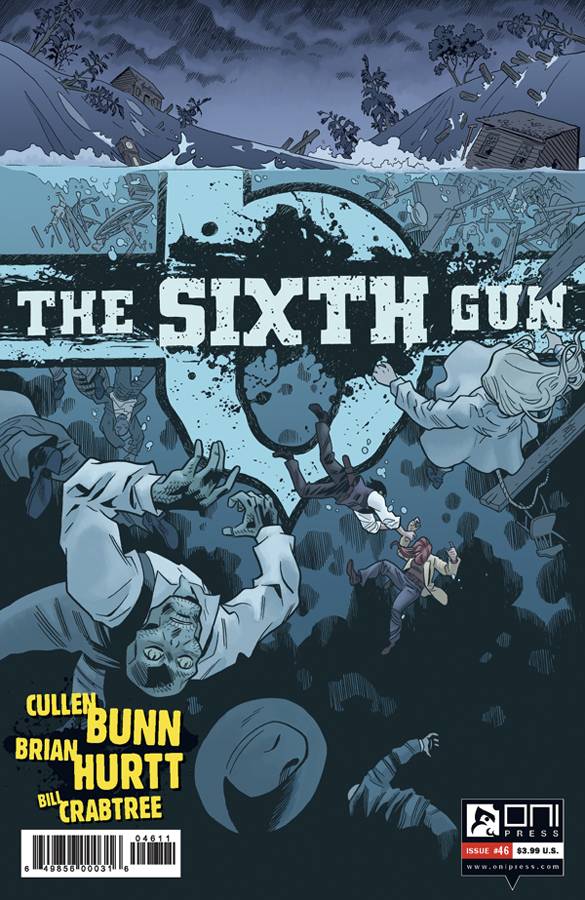 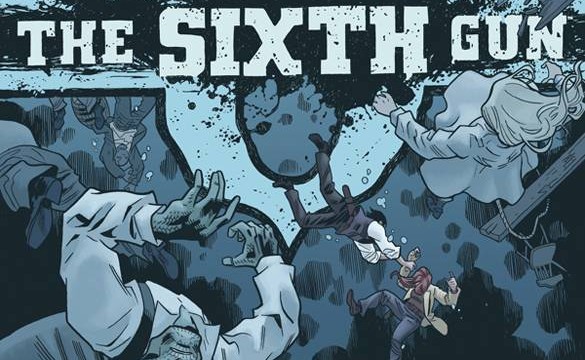 And boy, how the world is ending. This is, literally, the cataclysm and Cullen Bunn is going to keep readers enthralled by this series until the bitter end. This is entertaining from start to finish, its epic tone booming off the page with each flip. These characters command the pages they appear on, with Becky and Drake stealing the show despite the forces of myth and legend quite literally tearing apart the world around them. In the mayhem Bunn manages to keep the focus on these two who have taken readers on such a journey, exposing new elements of The Six and keeping this series more compelling than it has ever been. This story is big, bold, brash and explosive, with Bunn and Hurtt quite literally tearing a world apart and preparing for God knows what to unleash itself. To say the stakes are high is an understatement and I applaud these two skilled creators for going for broke to bring this comic home. They’ve built this tale to this point with masterful precision and this comic is written extremely well.

Brian Hurtt’s art is as phenomenal as Cullen Bunn’s writing. Hurtt balances strong character work focusing in on Becky & Drake while maintaining the absolute insanity of the world going to Hell in a hand basket around them. Hurtt’s work with Bill Crabtree is rock solid as always and I am as impressed as I have ever been at his ability to pencil both bold, huge scenes and close-up, strong character work. While his style is not gritty or horrific, the dark elements of this story are ever present and foreboding. This story is big and Hurtt is obviously up to the challenge, and I can’t wait to see what he has prepared to round out this series.

The Sixth Gun #46 is building toward some fireworks and the tension in this issue is palpable. Bunn and Hurtt are going out with all six guns blazing and if you’ve been reading this series from the start, you can’t help but be pumped by the madness of this issue. A cataclysm is always a fun thing and when it is written and penciled this damn well, you can’t help but be sucked in. Issue #47 can’t come fast enough.