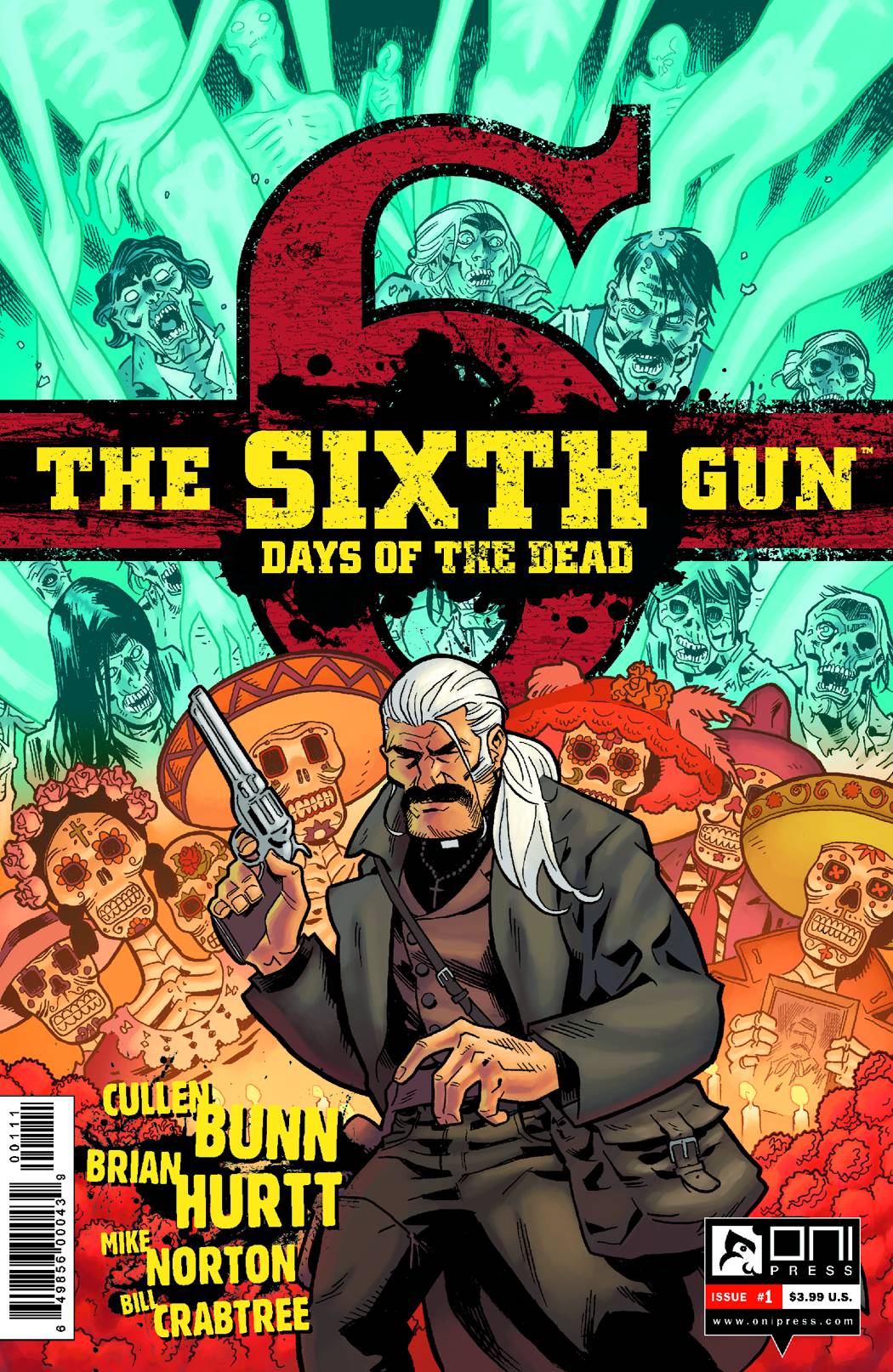 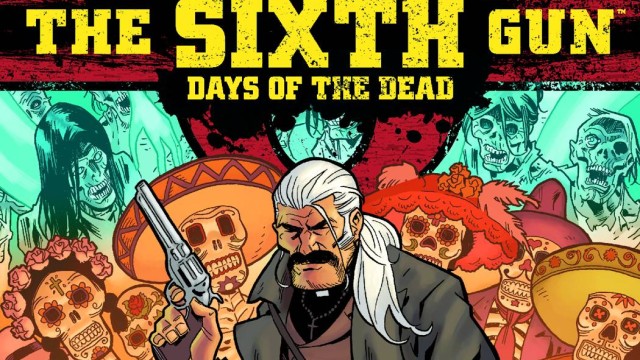 The world of The Sixth Gun grows deeper and more sinister with the new mini-series The Sixth Gun: Day of the Dead. This rich world is ripe for exploration and this mini-series is up to par with the fantastic series it is spun off from.

Cullen Bunn and Brian Hurtt are sharing writing duties on this mini-series, and the involvement from the two creators shows. This isn’t just a side story told by new creators. This is a prequel of a sense that builds the framework for their primary series. They are telling tales set in a dark time, focusing on Jesup of the Knights of Solomon and Roberto of the Sword of Abraham, men known well by Sixth Gun readers.

These are great characters to build this side story around and Bunn and Hurtt do a great job of showcasing these characters and setting up a solid horror/mystery. The same eerie feel that makes The Sixth Gun so awesome is all over the first issue of this mini-series, and Bunn and Hurtt execute their half of the equation perfectly. This is one of the strongest debut issues for a creator owned mini-series that I have read in a long time, and the strong writing from this duo sets a great stage for issues to come.

So the writing is great, but how will the art be when readers have grown so used to seeing this world rendered by Brian Hurtt? Well, when you pull in an artist to work in your world you can’t go wrong with Mike Norton. Norton absolutely kills it on this issue, his style similar enough to Hurtt’s that, at times, I forgot it wasn’t Hurtt penciling this comic. Norton’s artwork is fantastic, able to capture the western feel of the world and handling the supernatural elements of the story brilliantly. He’s the perfect artist to dive into this world, and this issue proves it.

The colour work by Bill Crabtree, the colourist on the “main” series, establishes that cohesive feeling for the world and gives it that unmistakable “Sixth Gun” feel. Crabtree has become an integral part of The Sixth Gun and his work is as strong as ever.