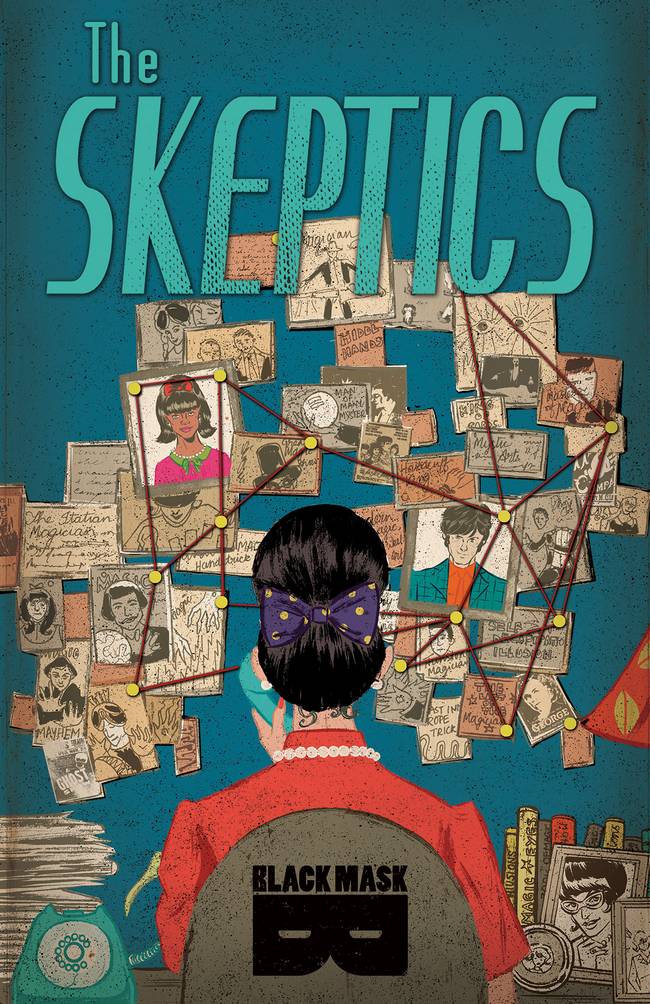 What if the Russians had soldiers with special abilities during the Cold War? What if there was a special unit of the United States government designated to seek out people with special abilities to join their own fighting forces? What if there was another secret unit devoted to disproving the existence of these special abilities, and putting a stop to all this nonsense? Well, guess what, The Skeptics answers these oddly specific questions in a brand new series from Black Mask Studios, written by Tini Howard, with pencils and inks by Devaki Neogi, colors by Jen Hickman, and letters by Aditya Bidikar.

The Skeptics closely follows the government-driven trials of Maxwell and Mary, two young people suspected of yielding powers of the telekinetic and perceptive nature. The story begins with their arrival and details their dealings with the scientists as they try to discover the extent of their powers. It is quickly revealed that the powers displayed are nothing more than tricks used to help infiltrate the government to expose the Soviets of their own duplicity. But, as you can imagine, things go awry and the reality of the powers are left questioned by issue’s end.

I don’t try to hide the fact that a new Black Mask title excites me with each release. The titles from this company are invigorating and energetic. There’s no doubt that the same ethos and passion is evident in The Skeptics. This is a story that you can tell the the creative team is invested in, from the quality of the art to the careful nuance of the story-telling. The story itself, however, just doesn’t quite hit the mark for me. It’s an interesting and well-conceived plot, but it seems to be missing a certain oomph that makes me want to come back for more.

But, altogether, this is still a well-crafted book. It could be that the subject matter isn’t for me, but, I can still appreciate that this book reads well and looks great. Tini Howard has created two very distinguishable and compelling characters in The Skeptics. They story is told almost entirely through their eyes — we only know as much as them. We have a lot to learn about the, but the groundwork is certainly laid well for the inevitable twists and turns ahead. It’s easy to follow that plot, the dialogue flows naturally from the characters, and the book is paced for optimum information gathering.

Devaki Neogi’s art is perfect for this story. The characters are drawn in a manner that evokes the Cold War time period effortlessly. The characters are easy to discern and each face is depicted with charming composure and attitude. The inks are kinetic and infuse the book with energy, careful detail laid out in each panel. Everything is drawn delightfully consistently. The colors add an exciting tone to the story, pushing the boundary between naturalism and the supernatural. In fact, the art in its entirety suits the “is it, isn’t it” question of the story, remaining realistic with a cartoony undertone that leaves room for the zany to come. The lettering is solid and flows well, carefully skirting the borders of the panels to let the art breathe without sacrificing legibility.

I enjoyed The Skeptics from cover to cover, as this book is interesting and easy on the eyes. I wish there was a little more to grab onto, a little bit of mystique left open on the short journey so far, but I still recommend this book to those that enjoy a good supernatural flavored spy thriller.