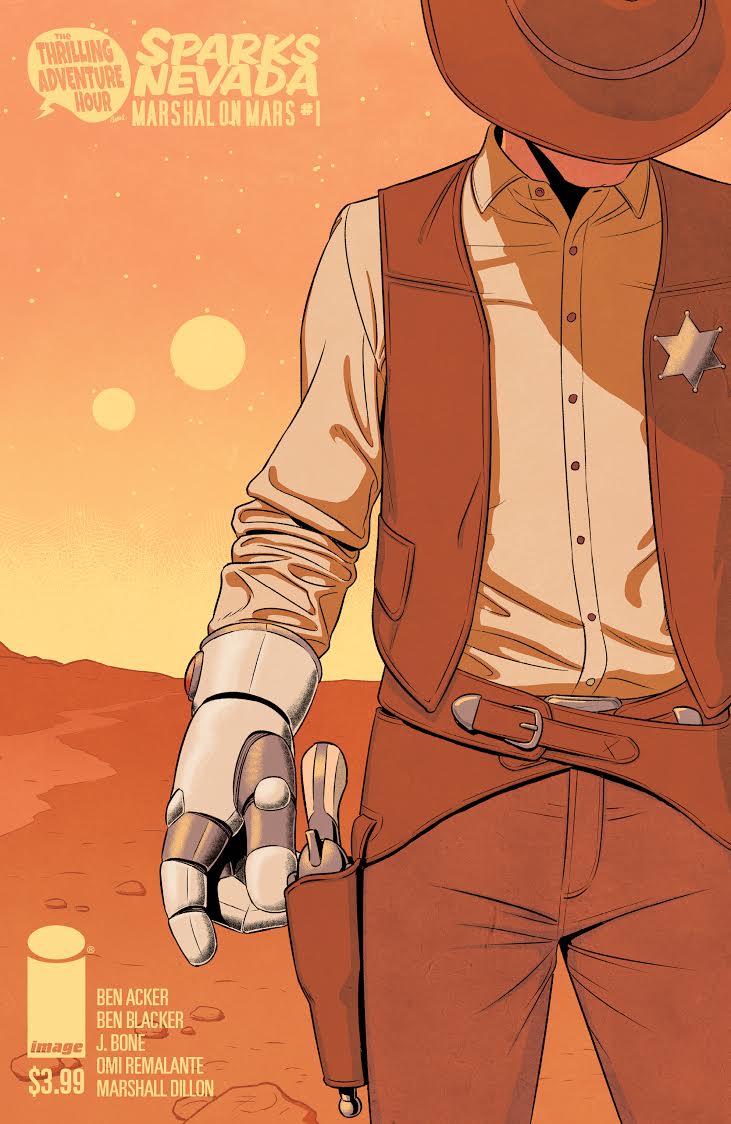 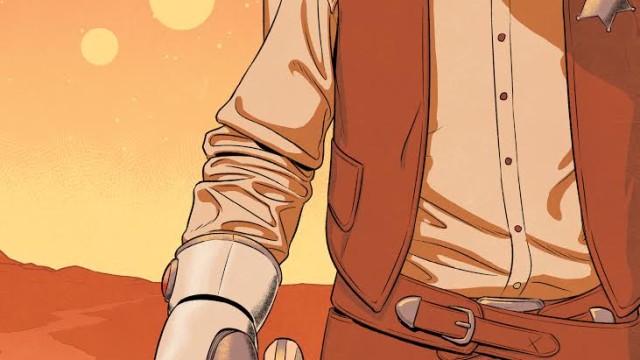 I’m going to preface this review by saying this is my first exposure to anything involved with The Thrilling Adventure Hour. I have no idea if this story is based off of some other source material or any possible connections like that, so I figured I would judge this is a new reader, because I’m as new as it gets to this banner.

What I expected was a fun, campy story with some witty jokes, some lame jokes and everything in between. That is what this crew delivers, for the most part, as Sparks Nevada is chock full of quick quips, long running gags and a couple fun little stories that should get a few chuckles out of you. Sadly, I’ll admit that was about all it got from me. A couple chuckles at a long running gags was the best this comic got from me, and I will admit to expecting more.

This story is safe for all ages, which I appreciate because another all ages book in the market is always a good thing. While this first issue does not put it in the running for the best all ages book on the market, the foundation is there for the series to build from. While this issue didn’t exactly have me doubled over with laughter, the right pieces are on the board to do so in the future.

J. Bone’s artwork is solid throughout the issue, giving the characters some fun personality. He’s a good fit for this title and his stamp is definitely made on this story. He can handle comedy and his characters are expressive, which bodes well for this title going forward. Bone and “the Bens” are a good suited pairing that I think will serve this title well down the line.

The Thrilling Adventure Hour: Sparks Nevada: Marshal On Mars #1 is a decent debut for a comic that has some potential but just doesn’t quite hit the mark to launch it into stardom. There’s some laughs and the potential for more laughs down the line, and that’s always a good thing.