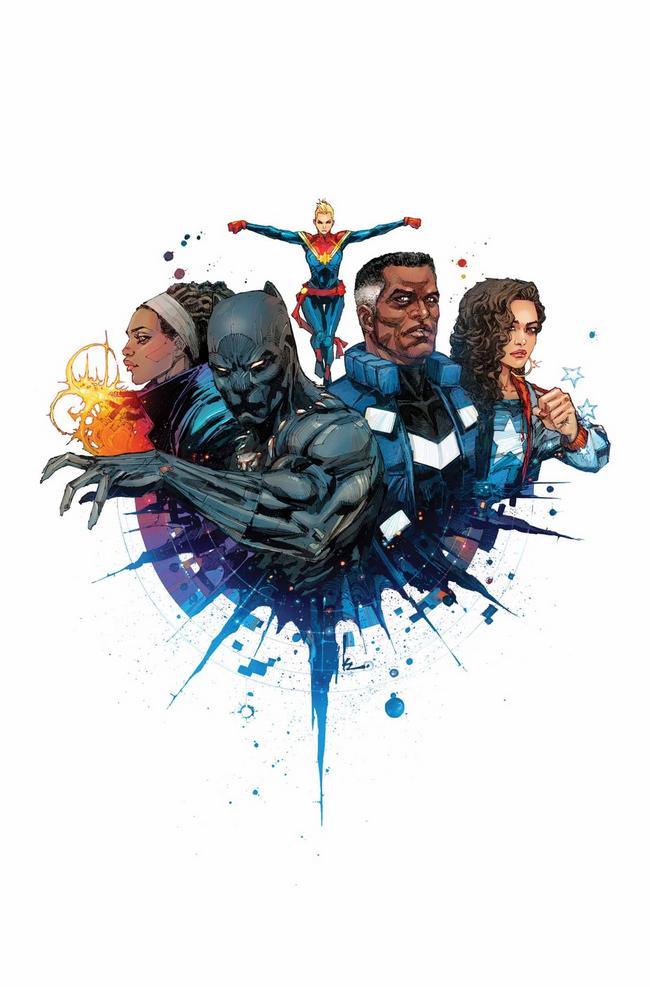 Straight off the heels of the massive revelation about Galactus in The Ultimates #2, the Shi’ar Empire is not too pleased about the Ultimates’ actions. Monica unveils a discovery about herself, Adam and T’Challa reveal their risky plan, and the team embarks on a trip to set right some major wrongs in the Marvel Universe. Traversing through various planes of space and existence, they come across the body of someone promising to make the lives of the Ultimates far more complicated.

I loved the nostalgic feel of this issue, reminiscent of older storytelling which introduced small clues to future stories, including a guest star I hope becomes a permanent part of the team. There are many little plot threads that are forming for characters and the team itself. With the introduction of the Shi’ar into the story, and a major plot element moving forward, this book looks to have some high stakes action in the very near future. We are dealing with heavy hitters as main characters and guest stars with each issue, so I can only hope that it will up the ante very soon.

Al Ewing’s shining point in this issue was pulling out distinct differences in the characters, especially as a major plot element is revealed. Carol is dedicated to diplomacy and duty, Adam is willing to take risks for science, and Monica is lightly playful. I appreciated getting a more in depth glimpse of these characters and that Ewing demonstrated that we aren’t dealing with a team of carbon copies. Not everyone agrees, there may be conflict, and that’s what a team book needs. Ewing has crafted a story that connects many specific and important details throughout the Marvel Universe, with what looks like the goal to eventually tie them together to remedy some long standing problems in Marvel continuity. I imagine that The Ultimates is going to have a very large role in the goings-on of the entire universe and I can’t wait to see how that plays out.

Kenneth Rocafort and Dan Brown are truly a match made in heaven for this book. Rocafort’s style is refined yet still stylistically rugged, the lines sharp and distinct. The minute details in the images throughout the issue, combined with the funky and animated shape of the panels lends to some truly stellar illustration. Brown’s colors intensify Rocafort’s art, adding vivid flesh each character and environment. For a book that focuses on interstellar and inter-dimensional travel, Rocafort and Brown are perfect at bringing to life fantastical creatures, superpowers, and space itself.

I cannot recommend this book enough. I find myself more excited with each issue I read. The Ultimates #3 hints at some big development for our cast of characters and hopefully the entire Marvel Universe. To have this diverse cast of powerhouses is enough itself, but each installment of this book never fails to excite or amaze.