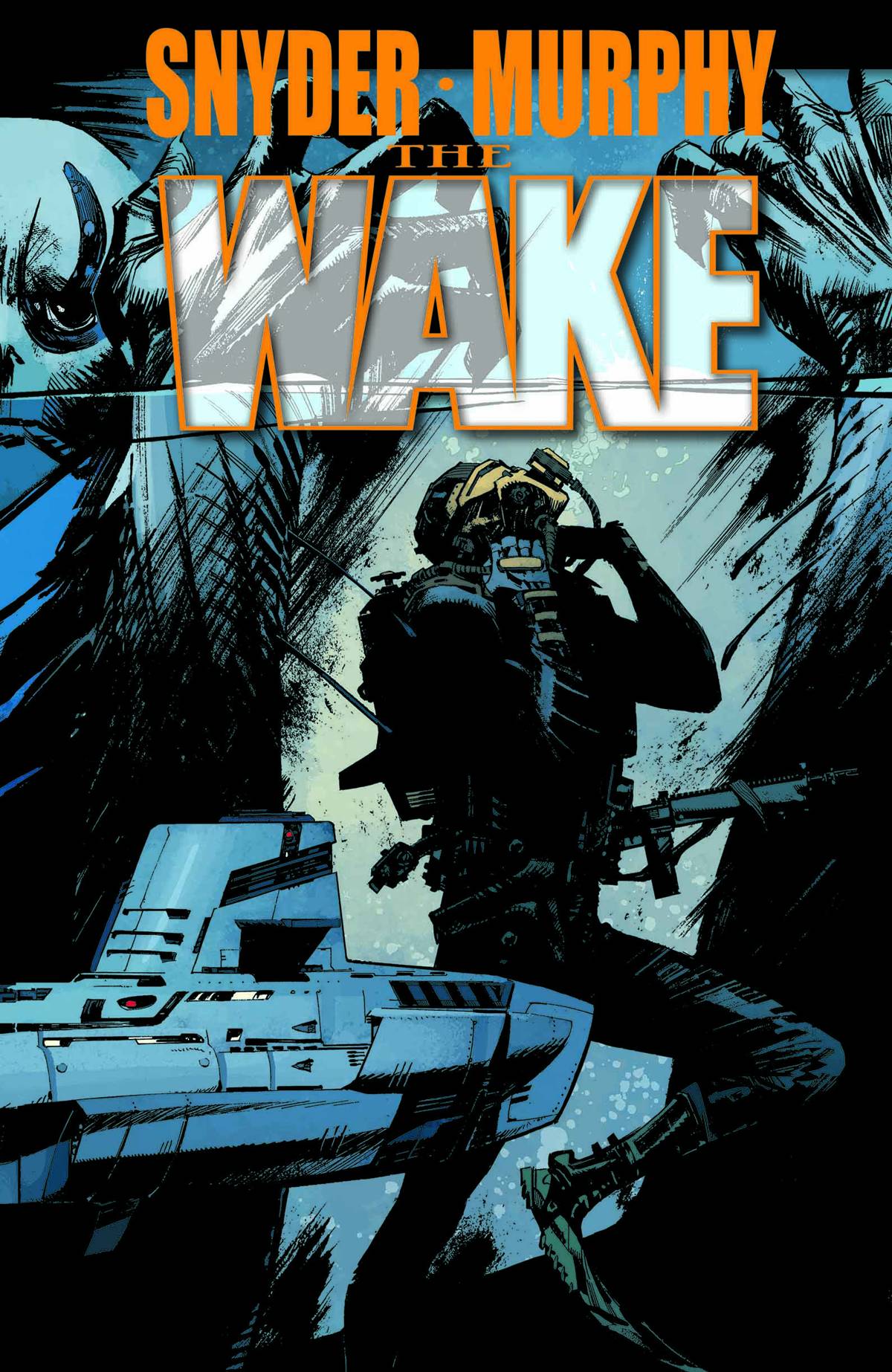 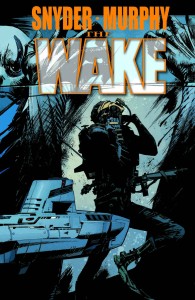 The history lesson appears to be over, but this isn’t  some average freshman survey course on humanity. This halfway point of Scott Snyder’s ten-part underwater tale continues to combine three time periods and as much action as can possibly be packed into the story.

If you have not read the previous four issues, it’s a necessity to get them read first. Like many miniseries jumping in halfway through could keep you from feeling the full impact of the story. It’s not impossible to follow the story without background, however the intended affect would most likely be shattered. The books wraps us several loose ends initially introduced in the very first issue of the series:

– Who is the mysterious and futuristic girl surfing the waves with a dolphin?
– Just what did Lee see under the water all those years ago?
– Will the crew escape the doomed rig or has the body count only just begun?

Of course, leave it to Snyder, that for every question answered two or three more are raised. Throughout the series there has been at least three stories told: The Past, The Present, The Future. However, with one storyline appearing to be wrapped up, previous questions raised in prior issues continue to be left open and unanswered. The biggest one of all is the use of technology that seems like it should be foreign to the time periods showing up in the past. It’s a mystery, that no matter how simple the answer, will hopefully be addressed in the last five issues.

With that being said, a clear distinction in the halfway point is made… and it’s an emotionally rough division being made. With this story, Sean Murphy does a great job of conveying desperation and tugging on your heartstrings with the pain of the characters. Matt Hollingsworth’s muted and stylized colors mostly serve to show the crew battling creatures deep in the sea. However, every so often, there is a background tinged with a shade of red or a different saturation of blue that reflect the emotions of anger, fear or hope in the dialogue or action. If this is on purpose or a happy accident, it gives the book a bigger feeling of an action-horror flick a la The Abyss, Deep Blue Sea or The Deep. Between Murphy’s distinct faces and settings and Hollingsworth colors there are panels that you know are coming from the unraveling of the story, that still smack you across the face with the utter horror and devastation occurring.

Perhaps it’s due to current events across the world, but it is all too easy to think about how people here and now are being affected by natural disasters.  Snyder also, plays on the heartstrings of people who are in charge of caring for the well being of others. If you are a parent, guardian, or anyone who has the well-being of another person depend on you, then the writer probably has you in the palm of his hand (yes, I cried.) It doesn’t matter if you do or not see it coming or fall somewhere in-between. This mid-way conclusion is an emotionally charged ending that forces all of us to think about what would happen once our choices are taken away. Despite this weighty plot-point that could potentially leave an audience in despair, leave it to this writer/artist team to give you a charge of hope, energy. The back matter also provides a great idea of where things will be headed in the second half of this mini-series and a desire to have the very next issue in your hands now!