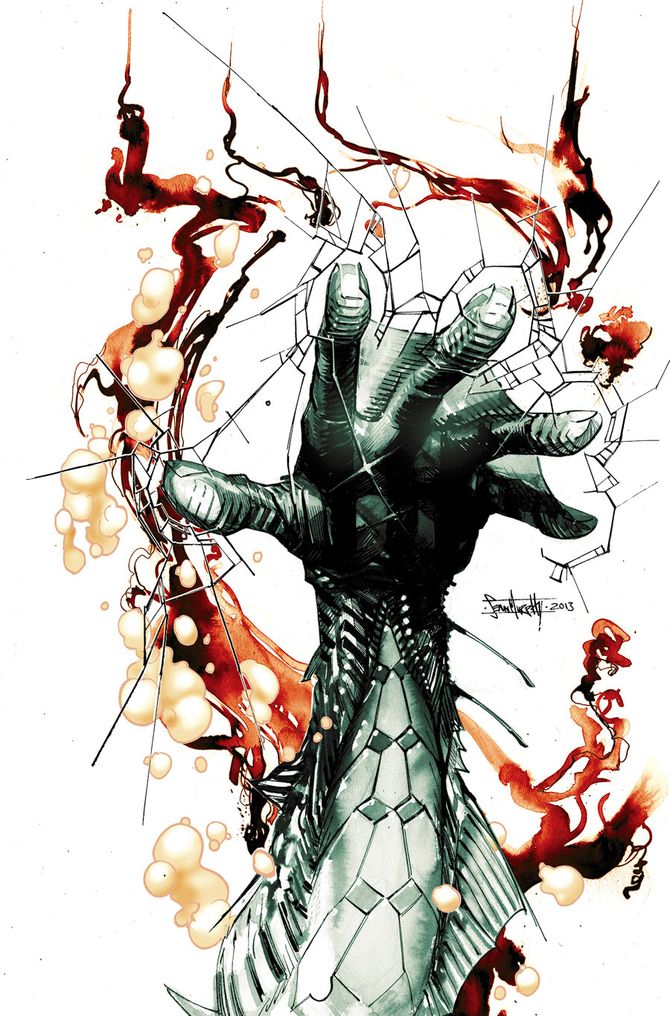 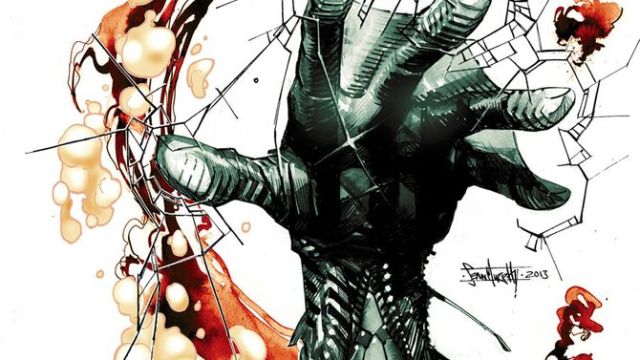 Two women, separated by two hundred years, are on a quest to discover the origins of enemies that rise from the deep of the oceans. The Mers have been waiting patiently to strike against those on the land. Are they alien? Are we? Who is going to rule the planet, and how many people will have to die in the process? A mere hours after discovery comes the Wake, and humanity will never be the same again.

Imagine yourself on both sides of a tragic event — neither knowing what will become of the world on one end, and why it came to be what it is on the other. Lee Archer is a renowned scientist, although recently ostracized for her political views, who studies the sounds of the ocean and voices of its inhabitants. Leeward is a smuggler orphan, post-Wake, seeking out the voice of anyone that could show the world how to return to safety. Between these two women, Snyder and Murphy have created an impeccable dialogue of what it means to be an explorer of mysteries so much deeper than anyone can possibly imagine.

The conditions Snyder lays out for his protagonists, each taking control of one half of the narrative — split in the center — are structurally so unlike what I’ve read from the writer before. While his other creator-owned series like Severed or Wytches feel deeply novelistic, The Wake is unmistakably cinematic in construction. Environment plays as great a role as the deadly Mers in directing the tone of the threat. Much like Ripley in the classic horror film Alien, Lee is confined by the walls of the submarine, turned around in corridors quickly filling with water, and all while running from the most frightening of creatures that only want her dead.

Between Snyder’s pacing and Murphy’s visual choreography, the reader is thrown into the depths of a no-win situation with Dr. Archer that feels palpably horrifying. Is it because we already know this world is doomed? Is it simply fear of the (then) unknown and inhuman? Or quite possibly, the combination — glued together in a maniacal chase — is what takes us from curious onlooker to shuddering voyeur in a matter of pages.

And for as much as Lee’s journey is one of confinement, we get to experience the exhilaration, yet perilousness, of Leeward’s place on the open seas some two centuries past the destruction of civilization. Land is no longer the status quo for what remains of humanity, and Leeward’s experience of the world is widescreen, although lacking in vision. It’s almost as if all the answers rest just beyond the horizon line, always just out of sight — that is, until she lets herself be pulled down into the depths from which the Mers rose. The sea — unlike the sky — is not open, nor freeing, but closed in and constrictive. But there lies the knowledge.

It’s such a strange contrast — enclosure to openness — that pulls at both of the characters, and it highlights one of the most frightening aspects of water itself. Its ability to provide a great deal of physical freedom to whatever rests inside does not prevent one from drowning in its depths. And those things that can adapt and thrive there have an immense advantage over the remainder of the planet’s inhabitants, as we see detailed so elegantly in these pages.

The physicality of it all is adeptly established by Murphy, with assist from Matt Hollingsworth’s striking palette — another reason the contrast between openness and enclosure is experienced so deeply as you walk through the narrative. Murphy’s pencils and inks are rough and expressive, nervous in some places, giving the entire pace of the book a heightened sense of unease. 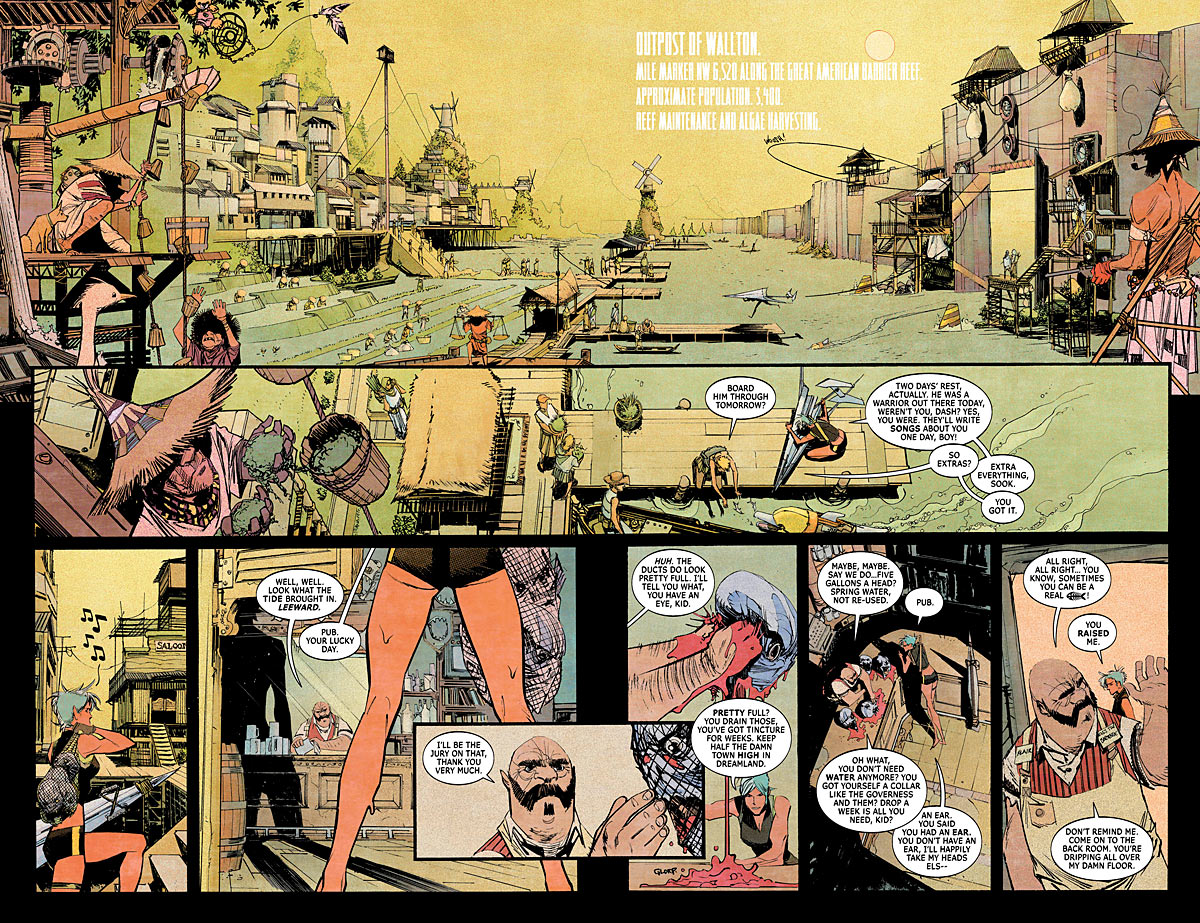 In many ways, I find that the longer I stare at the humans, they begin to resemble the Mers, and vice versa — a clever nod to the ultimate origin of the species. There is one particular page, toward the end of the book, which flashes back to a horrifying moment in humanity’s history, and you can just see the monstrousness in Murphy’s faces. And there’s nary a Mer in sight. No, in perfect synchronization, Snyder and Murphy upend the reader’s expectations while giving one of the most satisfying, but practical conclusions a story like The Wake could have.

A beautifully scary and fascinating collection that demands a reread immediately upon completion, The Wake is a compelling piece of work and a must-have for the bookshelf of any graphic novel connoisseur. If you want to know who the next modern masters of sci-fi horror are, you don’t need to look further than in these pages.