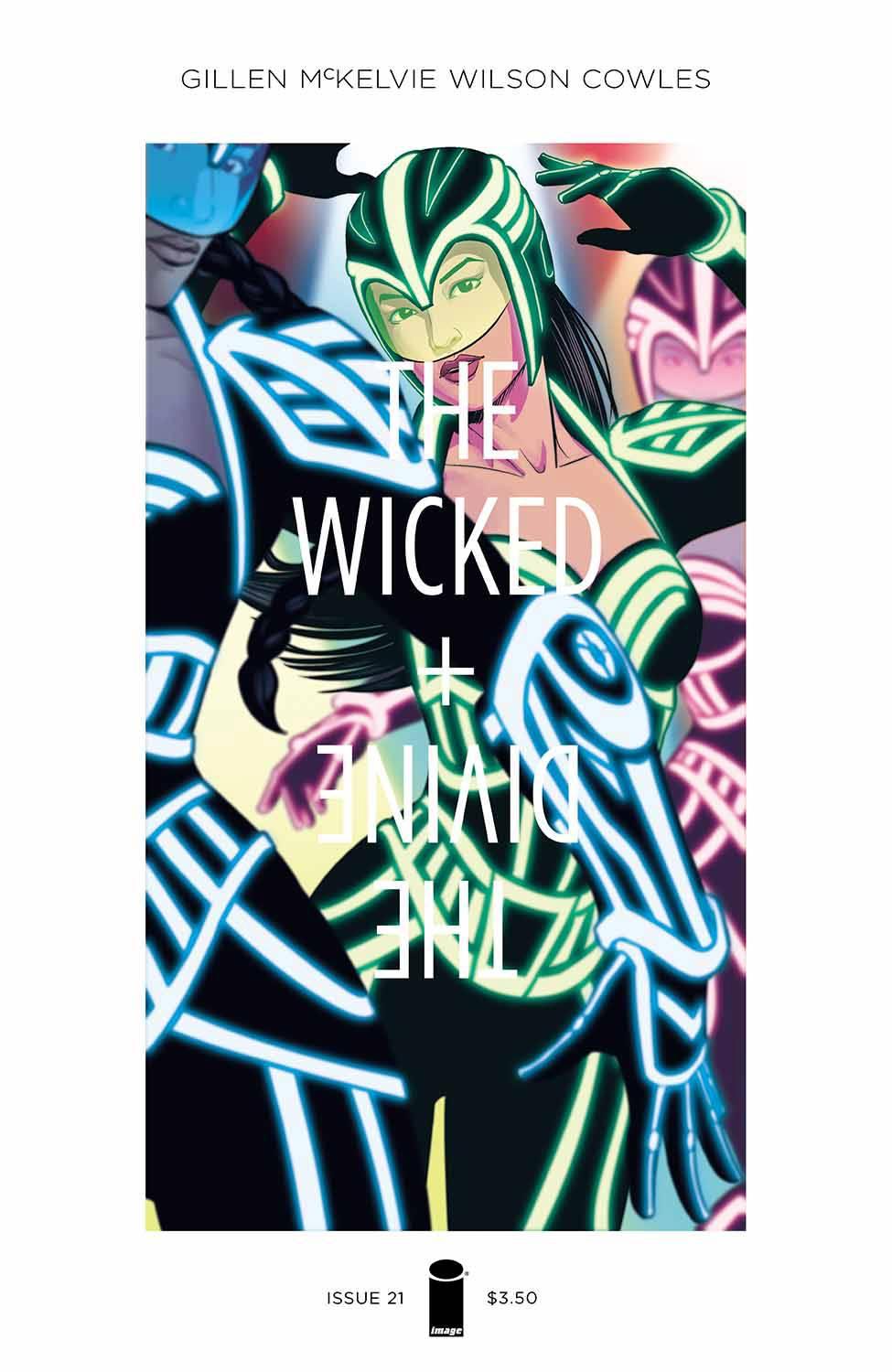 Laura, Baphomet, and the Morrigan have set the stage for a godly war against Ananke. Woden’s Valkyries arrive to the battle, swords in hand, only to meet the horde of people empowered by Dionysus. Amaterasu meanwhile realizes the folly of following Ananke, against Minerva’s warning, as she witnesses a slaughter which turns the tide of trust. Woden is shaken and Ananke is on the cusp of victory as the rest of the Pantheon further their fight against her.

Amidst a raucous battle, Kieron Gillen’s character work shines. Woden is a coward, Ananke is conniving, Laura is brazen, and Sakhmet is a cat. These character interactions were some of the best moments of the comic because they are a natural progression from the previous issues to now, especially in the context of Ananke’s machinations. This issue is a departure as it is much more focused on high action, but it continues to work in the format of the story so far with important revelations and character depth.

Jamie McKelvie and Matthew Wilson on art are truly truly truly outrageous. For one, the battle scenes are absolutely riveting. McKelvie uses a signature polished style in these scenes and others, including when Ananke delivers a death sentence in a shocking scene. Wilson adds to this tale of the gods with vivid hues that capture the grandeur of the deities. I like the different feel within each of the scenes, particularly in the sinisterly red images of the last pages of the issue.

While not part of the comic proper, we’re gonna talk about the poll at the end of the comic. For one, the fact that there was a poll at all was monumental. It addressed age, gender, and sexual orientation frankly and in a way that is much more inclusive compared to other people’s methods. The fact that this poll exists, especially in the pages of The Wicked + The Divine is great, and we need more stuff like it. Yes, it reflected the current demographics of readers, but it also showed that many people reading this comic are not the typical cisgender and heterosexual white male.

For The Wicked + The Divine to build to this point and have more to offer is like having my mind blown with no idea of when it will re-integrate. So many things have come to a head, and the action and developments for the characters, especially Amaterasu, have me waiting with bated breath for the next issue. I loved the action, the visuals, and the continued raising of the stakes for the Pantheon.