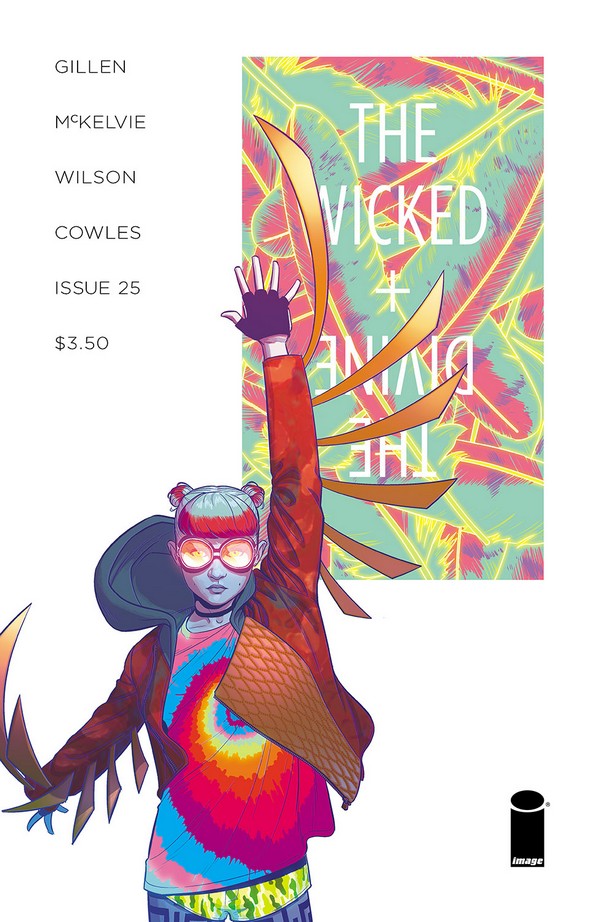 Laura is taking the name of Destroyer more literally than some of the Pantheon would like. She’s at odds with Cassandra and putting the fear of a god into Woden, threatening the already shaky ties among the group since Ananke’s death. As they experience a brief reprieve, Baal warns that some legends are true before Minerva finds out how right he is.

Since the explosive last battle with Ananke, the Pantheon has shifted dramatically. As they’re trying to sort their lives out, some have become more angry, while others are facing their grief and insecurity head-on. These changes are paving the way for many more stories within the world of WicDiv and I have a fond appreciation for these altered dynamics, as well as the fact that there is always something deeper underneath the characters’ actions.

Anger is the key emotion within the story and it has wonderful permutations. Cassandra’s anger comes from her frustration with Laura being quick to snap her fingers. Cass doesn’t want anyone to die and she recognizes the obvious slippery slope of Laura’s actions. Minerva on the other hand has the righteous fury that comes from being betrayed and left alone. Her feelings are the interesting and complicated mix of her being a goddess of wisdom but also the youngest of the pantheon, battling intellect with young emotional processing. These moods capture the intricacies of wanting to live but also the extent to which they have to defend themselves in doing so.

With a discussion of emotions, I have to applaud Kieron Gillen’s ability to convey the difficulties each of the characters is experiencing. There is no one point through which to see the story, and each of them are nuanced. Gillen captures the confusing circumstances of being a god with a death sentence and how the Pantheon’s members have to balance their existence as both human and everything but.

Jamie McKelvie offers an emotional play-by-play, extending the impact of the narration and dialog. McKelvie’s framelike style makes the characters feel like they’re having a real conversation in front of you, capitalizing on our own propensity to shift our expressions at any moment.

Matthew Wilson’s bright colors are a staple for WicDiv but damn are there some absolutely jaw dropping pages. Woden’s descent in to the underground is stunning, supplied with wispy colors signaling his dive into the abyss.

The Wicked + The Divine #25 ups the ante by the end of the issue, giving the Pantheon something grand and new to worry about. We don’t know if their two year shelf-life is still a thing, or if this new development will turn that belief on its face. With complex feelings and deep characterization, the series is moving forward with a wonderful pace that makes you wait with bated breath for the next installment.