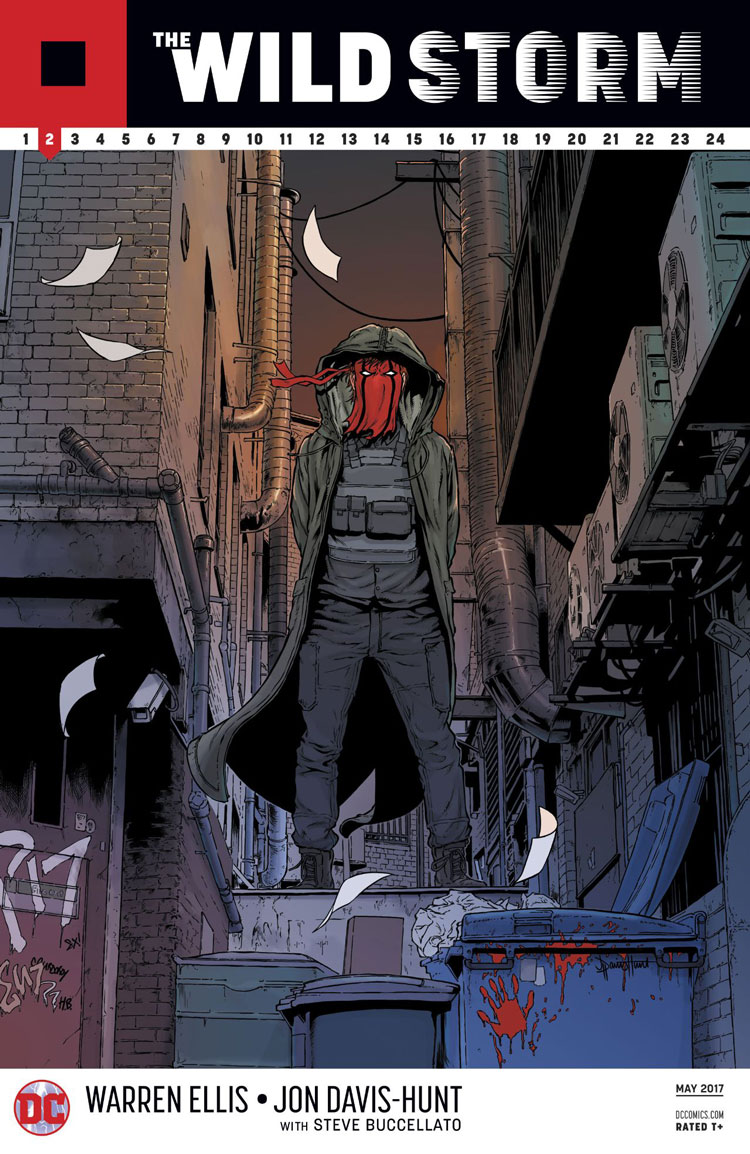 “Angela Spica was an engineer on low-importance projects. Somebody tell me how she did…that.” The hunt for Angela Spica is on! As the clandestine powers of the world witness the power of a woman in a metal suit, all of them want to find her and figure out exactly what she is in this all-new issue of The Wild Storm!

I’ve been a fan of Ellis’ Authority for a while now, so seeing Angela Spica in a leading role like this made me extremely excited about the possibilities of other Wild Storm universe characters to come out of the woodworks. I loved the chaos in the espionage community Ellis laid out and I can’t wait to see who finds Angela first. I can’t wait to delve more into this world Ellis has created and see what will become of the Engineer.

Davis-Hunt populates the Wild Storm world with a variety of characters, some I remember from reading the Wild Storm universe of the past, some new to me. I love the diversity of characters he brings to the table, I appreciate that. I love the details Davis-Hunt places in the backgrounds as well. Work like the semi-abandoned, warehouse-apartment complex building with the pseudo metal-scraps made watchtower on top or the forties-style equipment in the Camp Hero secret science base are stunning.

Buccellato’s coloring works well with the comic. His work helps add a layer of grime to the Brooklyn covert action base. It adds a sheen of almost-too-clean to the high rise offices of the Skywatch investigative division. I find his subtle details in coloring the work create an overall better look to the comic.

I love the old Wild Storm universe, and maybe I’m bias because of that, but I really do like the Wild Storm. I say start with the first issue, but definitely read the Wild Storm, especially if you are a fan of Wild Storm characters in general.