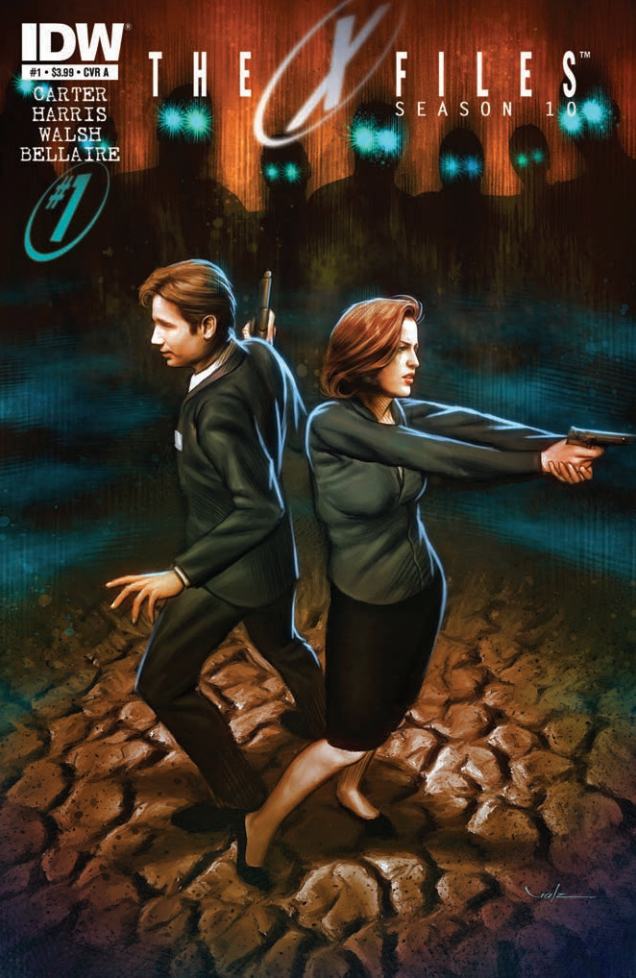 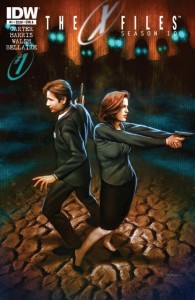 It’s natural to approach a new X-Files comic with questions, and after reading the first issue of “Season 10,” there are some I can help with and some that I can’t. Would a “Season 10” pick up where season 9 left off, or maybe the 2008 film? (Has it really been that long since “I Want To Believe” was released? And, in retrospect, doesn’t that really sound like the title of a Journey song?) Will the series focus on Mulder and Scully, or Doggett and Reyes? (Yeah, right.) Will the focus be on the extended, interconnected “mythology” story lines, or standalone, monster-of-the-week(month) “anthology” issues?

Maybe most importantly, is The X-Files still a viable property twenty years after a young, brilliant, straitlaced FBI agent was assigned to keep an eye on an oddball in the basement who had been branded with the nickname “Spooky”?

As to the first set of questions, Season 10 wisely acknowledges the space between now and the last time The X-Files was an active, ongoing story. Mulder and Scully are in a different place than we saw them last, and, at least initially, living under different names. They have, to all appearances, gotten away from the FBI and their old lives.

Of course, if it were really possible to get out of the X-Files for good, we wouldn’t be here, would we?

I’m not entirely sure yet whether Season 10 of the X-Files will be as good, and as rewarding to longtime fans as, say, the extended comic seasons of Buffy the the Vampire Slayer. I can tell you that Mulder’s deadpan still works, Scully is still the earnest, straightforward center of the goings-on, and it’s still good to see Skinner’s particular embodiment of a cross between Charlie Brown and a bulldog. Everyone (except the creators) is clearly in over their heads.

In the end, there’s a shadowy figure, one of the main characters is in mortal peril, and the normal life Mulder and Scully have tried to build is crashing down around them. There are more questions than answers.

Which is, of course, exactly the way it should be.