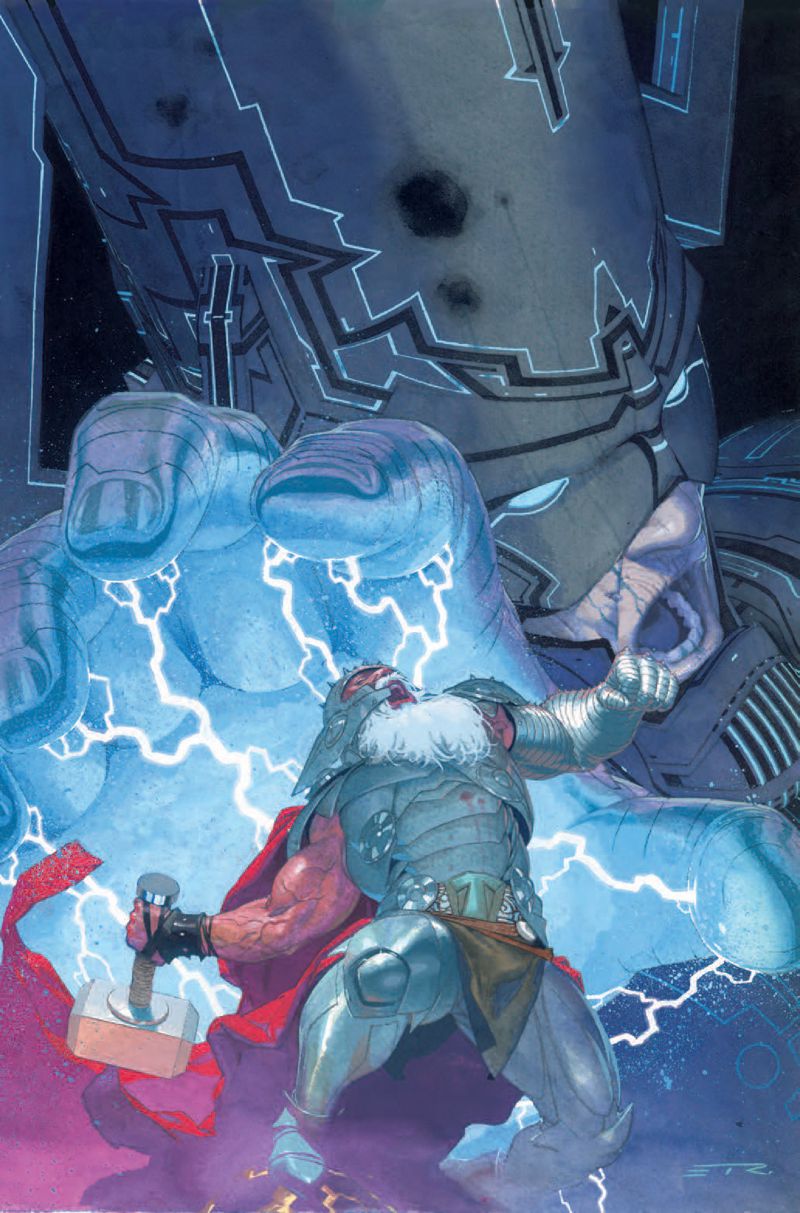 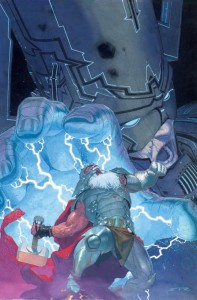 When Marvel Now started up, Thor: God of Thunder was one of the better examples of taking a series people had come to expect certain elements in (See Thor. See Thor verily call the thunder.) and turn them into something new. The idea of stories with Young Thor, Present Thor, and King Thor was exceptionally captivating and it was a testament to Aaron’s creativity that the concept was applied to an opening Marvel Now story with such an epic scope.

Coming off the fascinating story of Malekith returned to the Marvel-verse, the first issue of “The Last Days of Midgard” did not start out to seem like something that fit with Thor (Roxxon? Really?) and it did not seem to harken back to the Three Thors and the “God Butcher” storyline. But then came that last panel in issue #19.

Thor God of Thunder #20 is a powerful issue and clearly one that, despite a slow start, has now fully started its descent into truly epic storytelling. One of the better things this issue clarified was how Roxxon, a normally Iron Man story entity, was going to tie-in with Thor. While we do not get all the answers here, we do know that something magical is really heading up the efforts to corrupt/pollute the planet and/or specifically kill Thor and any other deity who gets in the way. Roxxon and its story goes from boring to full on Captain Planet levels of villainy in one issue and the impact of this helps make the ‘evil CEO’ trope suddenly seem like not only a threat to Earth but a threat to Thor himself.

Also, a spectacular and much needed “act of god” jest is thrown into the issue.

Lastly, we return to King Thor and the set-up to his battle with Galactus. If anything convinces you that Aaron knows what he is doing and that he wants ‘bigger and better’ enemies for Thor to face, this proves it. Galactus is presented, as King Thor is, as an older entity — a meaner entity with little grace left in him. He is on his last legs and desires to (finally!) be rid of Earth once and for all. While King Thor and Galactus don’t have much more to do here than trade some dire warnings to the other, the next issue surely looks to be the ultimate 10-year old debate come to life – “Who would win in a straight fight? Galactus or Thor with the arm of the Destroyer and his trusty hammer?”

The art by Esad Ribic and Ive Svorcina, plus the lettering of Joe Sabino, bring the whole story together. The rich colors and the amazing detail bring everything from Thor  showing Roz the inside of a thunderstorm to the towering, shadowed visage of Old Galactus to haunting life. While this issue is a lead into the throwdown of the universe that is to come, it moves the story along in magnificent fashion.