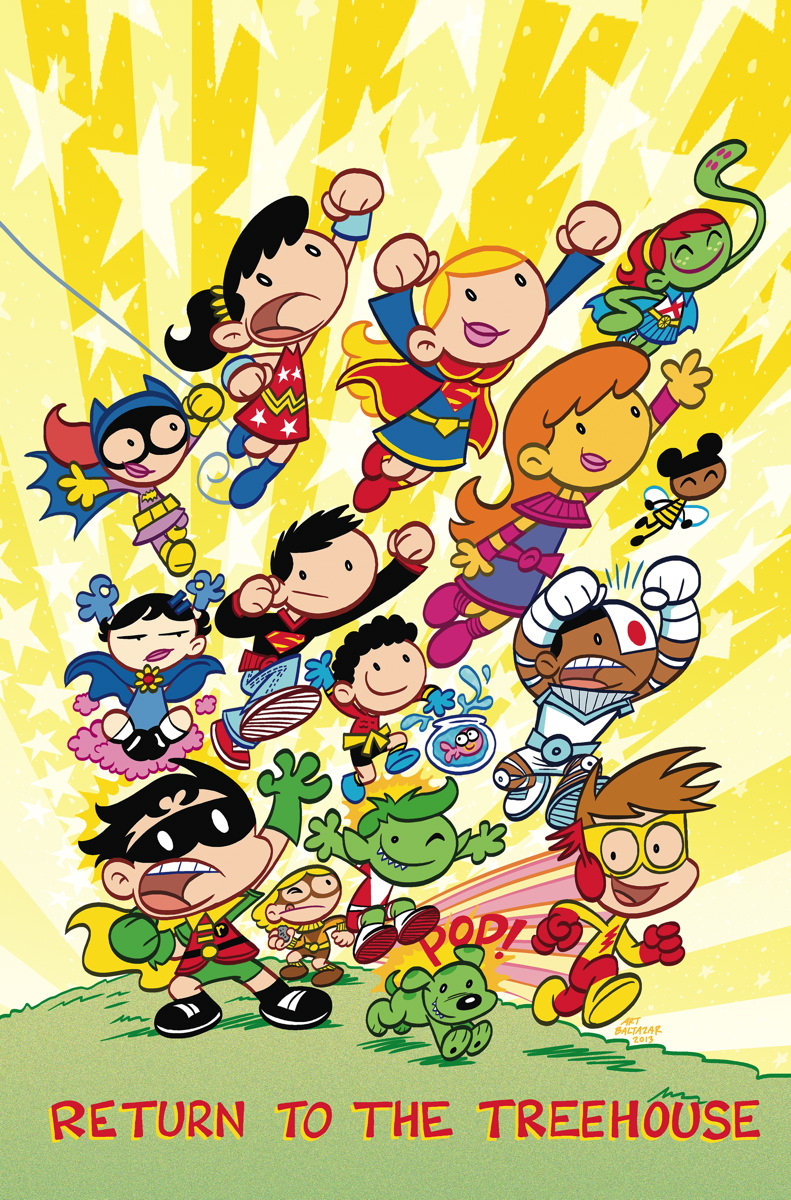 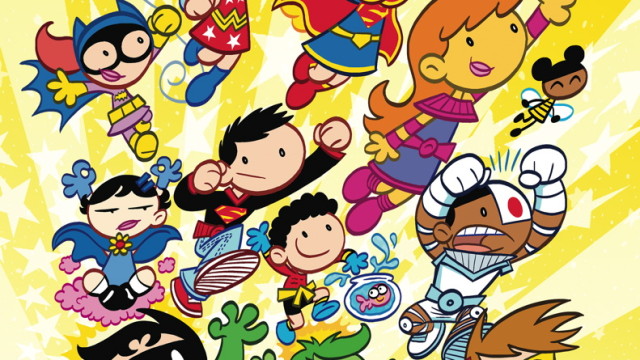 The Tiny Titans are back, and no sooner do they return does their treehouse go missing! It’s up to Superboy and Supergirl (and their ever-charming super-pets) to recruit Robin and his friends to find their HQ and get it back where it belongs!

Whenever anyone asks me what comic is best to give their kids, invariably the answer can only be: Tiny Titans. Why? Because not only have creators Art and Franco crafted a world of wonder with DC Universe characters that boys and girls alike can fall in love with, but they’ve managed the absolute impossible with it: they made it entertaining to adults too.

Tiny Titans is not your run-of-the-mill kids comic. It’s certainly not your run-of-the-mill adult comic. And yet, it has a sophistication and charm that translates whether you’ve been reading comics for thirty years (as I have) or are picking up your first book. Their tongue-firmly-in-cheek delivery of this set of funny little kids captures the kind of spirit that readers have often looked to Charles Schultz’s Peanuts for.

That’s right. Tiny Titans is Peanuts with costumes. I said it.

With this new 6-issue mini-series, the gentlemen who captured our hearts for 50 issues are back with a new adventure, putting Robin and the gang on a whirlwind tour just to find their lost treehouse. In this first issue, I have to say I was more than pleased to see their renditions of Swamp Thing and Metamorpho show up (and for somewhat silly reasons — no matter!), and that just illustrates how much there is for a reader of any age to find in these pages.

For fans of the previous run — or Superman Family Adventures for that matter — you’re going to find more of what you loved in these pages, albeit a few less gags than the best of the previous issues. For the curious who have never given Tiny Titans a chance, I demand you pick up this issue. I dare you not to chuckle and smile. Heck, you might even beam.