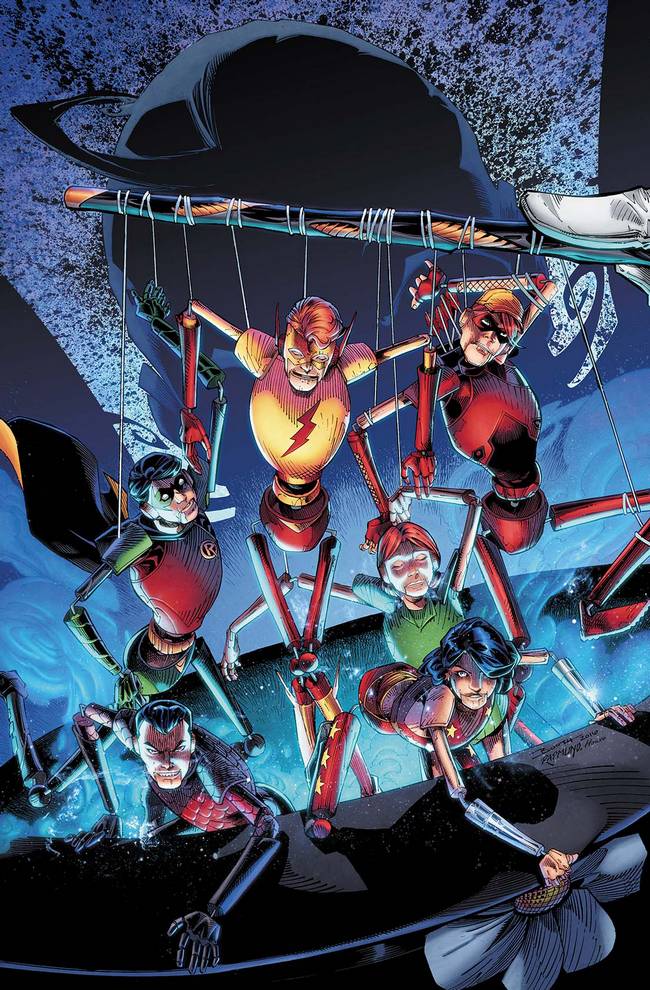 Everyone gets to see a different shade of Titan as our antagonist summons magical evil twins of each of them. Many people are confused, especially our young and recently reunited adults. Fighting an evil clone of yourself is no simple task as they find, especially one of them who meets a particularly dicey circumstance.

Some things work in this issue and some things don’t. Coming off the first issue, I thought the story would be more cohesive, but some of the choices and developments don’t lend to that. There are some age-old comic motifs that fall short in execution, though they show promise. I think Titans #2 has a lot of potential, but it also has a lot of things that are sort of a mish mash for a story. Many of the elements feel jumpy rather than a natural progression, though they also fit some of the themes for the Titans since even before the New 52. I have high hopes, but this turned out to be something that was unexpected in a way that lends to confusion, not intrigue.

Dan Abnett knows how to utilize the Titans, though to mixed effect throughout the story. The magical clone part of this issue can lead to compelling stories for these characters, but here it feels rather hasty. I feel as though some expository transition would’ve helped to bridge this issue and the last, especially considering the clones are short on words. The ending also is a bit played, and it’s something that any comic reader is used to. I am glad at least that a woman wasn’t subject to the specific cliffhanger for once.

The art team is definitely on point. Brett Booth builds upon the visual suspense from the previous issue with creative shaping and positioning of panels. If nothing else, the characters feel like they are embroiled in a dire situation because of Booth’s expression of movement and action for each of them. Norm Rapmund’s inks are gruff, appropriate for the tone and the developments of the issue. Rapmund evokes the gravity of the characters’ circumstances with intense line and detail work. Andrew Dalhouse and Carrie Strachan on colors convey gritty Titans amidst their slightly brighter counterparts and the city around them. Much of the color work blends together, largely because of the similarities between characters and their environment, which lends to a bit of visual confusion. The best moments are in the brilliance of energy, magic, and power, which give this issue a bit of excitement.

I feel like Titans could be something great, but I didn’t think this is where the story would go. What I hope for in the future is a story that utilizes elements without surprises, or one that takes a sense of surprise and weaves it seamlessly into the entire story. I’m no stranger to magical doppelgangers when it comes to superheroes, though I feel they weren’t needed her. While this series captures some of the spirit of the classic Titans, the reliance on some of the tropes through the years lends to storytelling that isn’t intriguing. I love these characters and I hope the next issue improves.