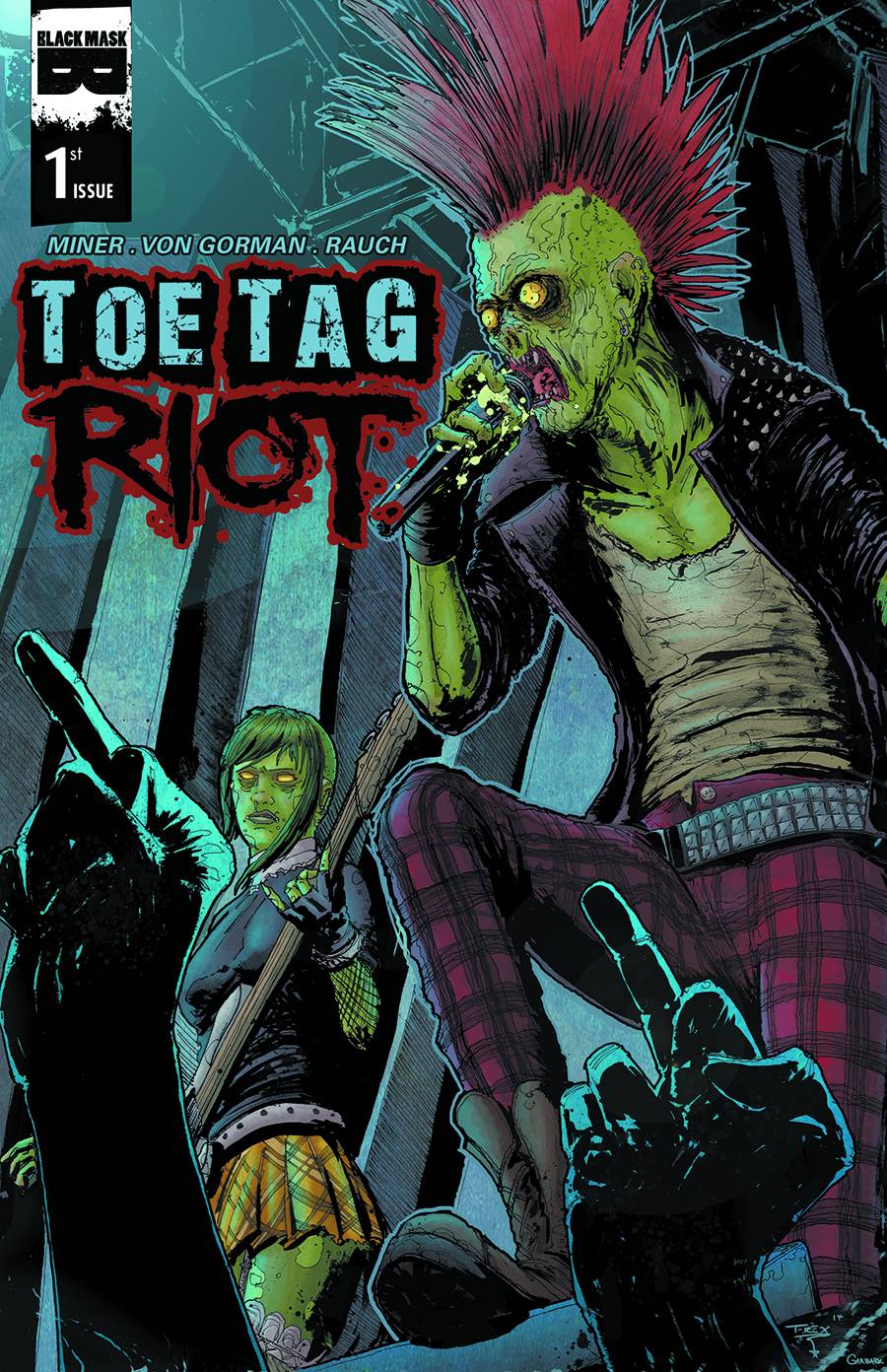 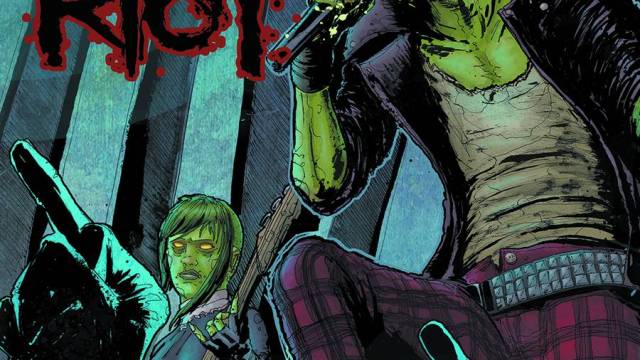 I grew up punk, so the cover alone drew me in to Toe Tag Riot #1. What I found inside was an entertaining, little comic and a healthy dose of personal nostalgia. This series follows a punk band cursed to morph into zombies whenever they perform. It’s done wonders for their career, but might be taking its toll on their humanity.

The first issue of this four part mini-series introduces the band as they pull up to a gig at CBGB, and then gives us just enough history to explain how the band got together before jumping back to the present for the band’s show. It’s obvious within the first few pages that this comic is written with diversity in mind. Toe Tag Riot is billed as LGBT friendly, and they do not disappoint. It’s pretty easy to fall into the trap of forced writing when you’re trying to be inclusive, but Miner has skillfully avoided that by writing what could have easily been conversations overheard between friends.

The basic feeling of the writing is that, short of the zombification of the band and the flesh eating, this all could have happened. Take the aggressive, trash talking, constantly-putting-his-foot-in-his-mouth lead singer, for instance. I can name three people this character reminds me of from my youth. Refreshingly, Miner manages to tell the story almost exclusively through a natural dialogue that doesn’t have the characters unnecessarily narrating their own thoughts and actions.

Von Gorman’s artwork certainly helps tell Miner’s story. The characters have readable facial expressions and movements that flow nicely with the dialogue. Even as zombies, you can read the desperation, confusion, and worry on their faces; and, when the dialogue is dripping with sarcasm, so is the artwork. There are a few issues with inconsistent art (specifically the drummer, Annie, doesn’t have consistent facial features throughout), and there are occasional problems with proportions here and there, but overall the artwork is solid and compliments the writing beautifully.

Toe Tag Riot is meant to be tongue-in-cheek, and considering the antagonist being injustice and a cameo from a celebrity musician, there’s no doubt that’s an accurate description. With a base layer of good dialogue punctuated by sound artwork, however, this run is shaping up to be a keeper.