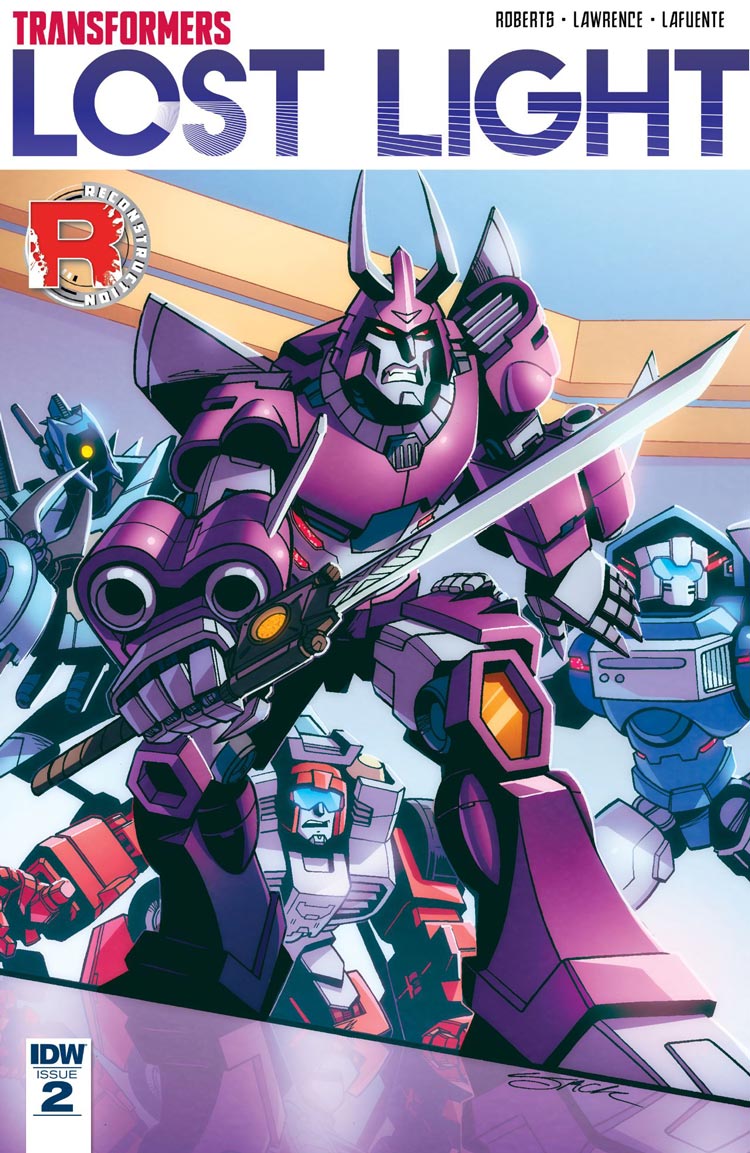 As the now awaken transformers are stuck on Necroworld, Rodimus and company find themselves on a Cybertron that is not their own, one where “utility over morality” is law in this new issue of Transformers Lost Light!

Roberts has done a fantastic job. I haven’t read any of the other Transformer comics (and I feel like I probably should have before this one, honestly), but even though I was confused with much of what happened previously to this series, Roberts’ writing still kept me entertained, and that’s a feat in itself.

My mind was being blown by the complexities I didn’t know about the Transformers comics instead of deterring me from them. The characters kept me reading as well, especially Lug, Anode, and Rodimus. Heck, even the relationship between Cyclonus and Tailgate is super compelling. I didn’t even expect the slavery metaphor, but dang, Roberts did well with it!

The artwork by Lawrence does the Transformers justice. Lawrence crafts uniqueness into the robots in disguise through intense detail. No transformer is the same size or shape. The differences to the design of the characters add character to them all. Lafuente’s coloring aids Lawrence’s work in this respect, giving more personality to each transformer.

I especially love the design for Cyclonus. Something about his robo-horns reminds me of the datemono of a kabuto, their’s really cool! Also, I love good people who look like super villains and Cyclonus falls squarely into that category.

I can’t put a finger exactly on one scene that I loved from this issue. It’s more that I loved the experience of reading this comic. I never knew Transformers was so complicated! At every turn, there seemed to be something new I never expected Transformers to do. I didn’t expect how human the characters would be.

I didn’t expect the underlining themes of freewill and caste systems. I didn’t expect nonchalant romantic relationships popping up. Heck, I both love and hate the fact that it’s really hard to tell whether or not a transformer views themselves as a male or female unless a pronoun is thrown around. That’s great storytelling in itself.

Transformers Lost Light is not for someone new to this series, I definitely learned that the hard way. However, Transformers in a whole is definitely worth reading. If you like other things you’ve read in the franchise, I’m sure you’ll love this. I love it, and I didn’t get what was going on for the most part.