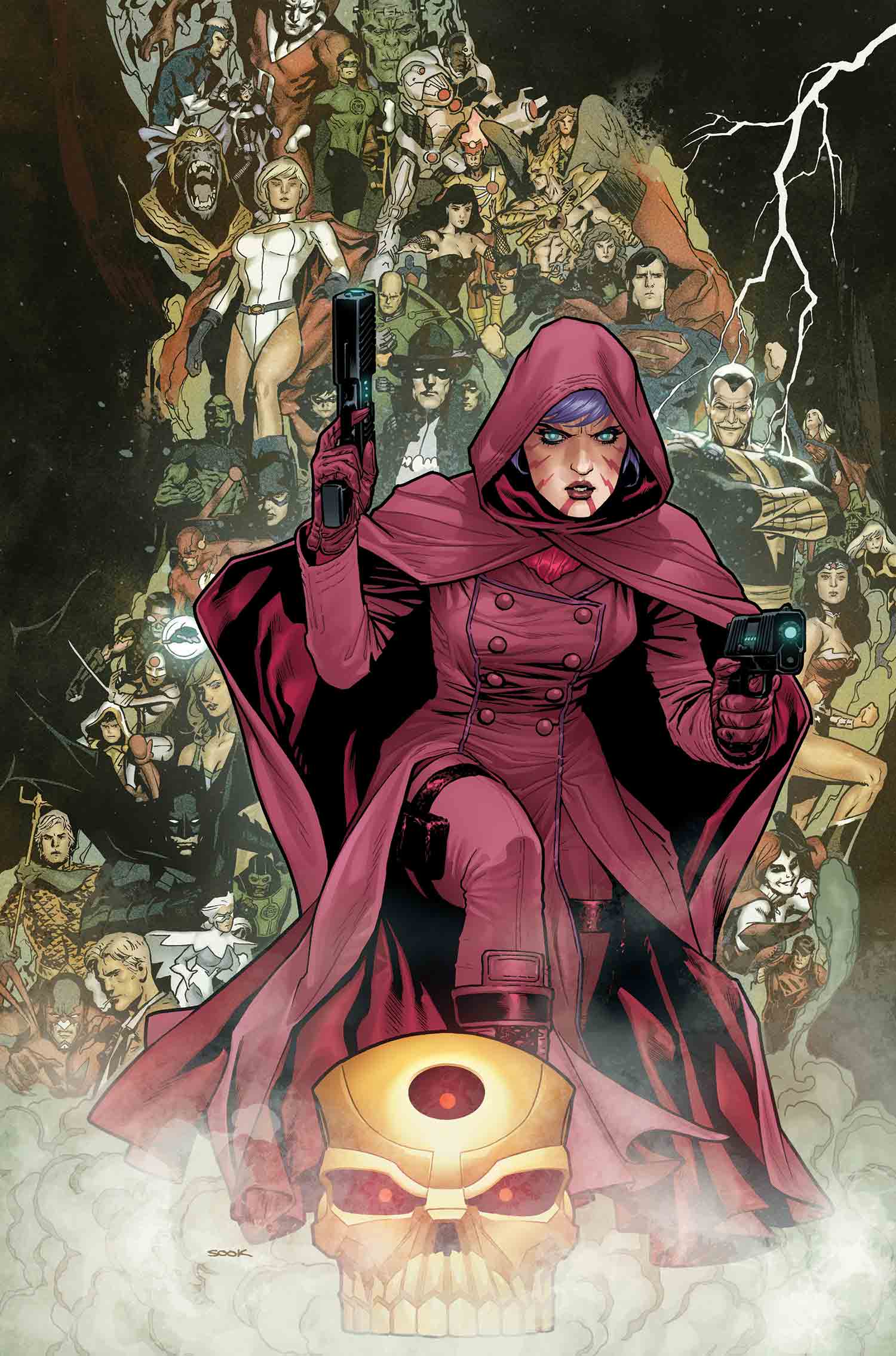 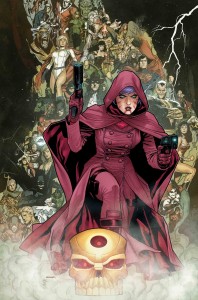 The roots of Trinity War, long alluded to all the way back to Flashpoint #5, are finally seeing the light of day with this brand new first issue spotlighting the cameo star of all New 52 #1 in her own title at last. Skeptics will claim this title is unnecessary (although I wonder what comic, truly, rises to the level of necessity) or that its eponymous character is boring. One installment of Trinity of Sin: Pandora, however, proves quite the opposite.

In what is one of Ray Fawkes’ strongest single issues to date, the writer is taking us through “Three Million Days,” from our protagonist’s first encounter with the mysterious box all the way to today, moments before she will spark a war among the various Justice Leagues. The box itself is a curious thing, as we see it appearing before the very innocent Pandora in the forest brush of next to her village. Until this moment, I hadn’t really considered where Pandora’s Box came from. Is it Apokolipsian? From the Gods (which ones)? A man-made prison for otherworldly demons? What isn’t a confusion, however, is the clear innocence of Pandora herself, as the legend tells, finally detailed in full within these pages. Fawkes does an excellent job of making the now-eternal woman a fully sympathetic character, who seems driven to better the world — first through teaching, and ultimately through more violent means — even though it has done her wrong. Until a particularly important moment (retelling an encounter previously appearing in Justice League), Pandora truly believed in her responsibility to those around her for the havoc she released.

The collection of very strong artists in this issue, including regular series penciller Daniel Sampere, work well together to produce an issue that spans multiple ages without feeling like it jumps around haphazardly. Watching Pandora seek out humanity over the course of centuries, trying to connect through peaceful means, is admirable, although it’s when the narrative becomes more brutal (with another interesting immortal DCU guest star leading the charge) that the pages are at their most interesting. This issue could have benefitted from a little more of that action, particularly since the cover pose has Pandora brandishing two very big handguns, but no doubt we’ll be seeing more of that sooner rather than later.

As a first issue, Pandora #1 reads a bit like a zero, although far more competently than her brother’s, The Phantom Stranger. Given how little we knew of the character, really, before this moment, that seems appropriate, and any pages retelling previously depicted scenes are kept to an absolute minimum. It’s the perfect balance between explaining too little and becoming overly pedantic, and to Fawkes’ credit, we leave #1 knowing exactly who this woman is, what her mission involves, and why exactly she’s about to search out the Justice League. A unique addition to a DC Universe that should always greet iconic female characters with open arms, Trinity of Sin: Pandora is well worth the read, even if your interest in Trinity War is at a minimum. The potential for greatness begins here.