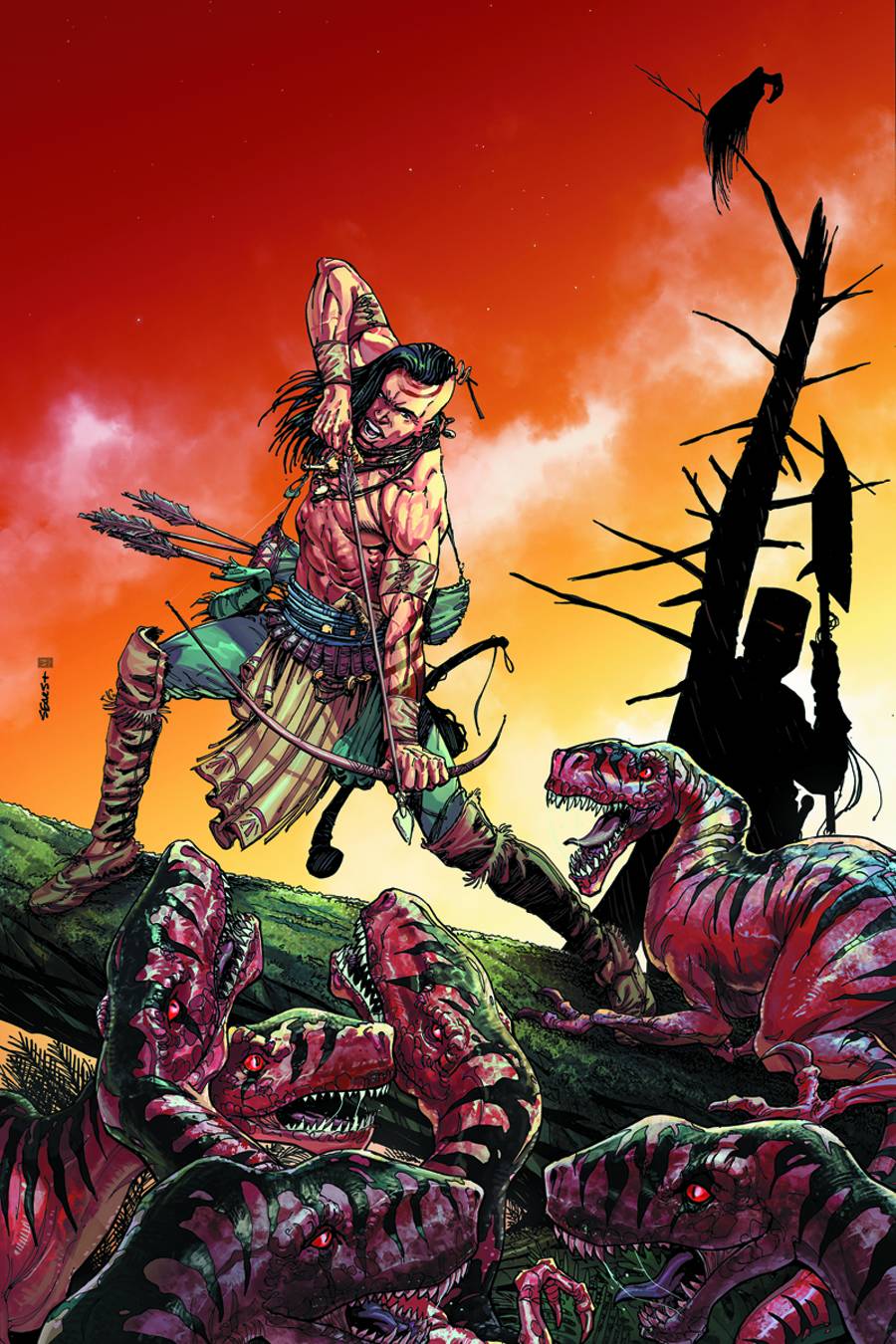 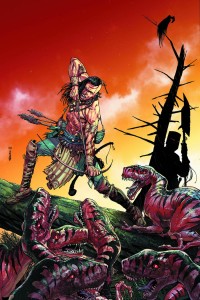 This is one of those rare instances where I needed to remind myself of reality while reading the comic because it seemed so natural, rather than the other way around.

Turok: Dinosaur Hunter has a history stretching back fifty years and four publishing companies, but the gist is this: Native American warrior fights dinosaurs. Frankly, I’m amazed they’ve never made a movie. If Turok was a robot, they would have, because the concept is frighteningly simple, and speaks to the types of stories that bloomed in the 1950s — adventure tales of the fantastic for young boy adventurers. Turok even had a little brother who would get in trouble named Andar. Later on, Valiant would take on the license (as would Dark Horse briefly), delivering a much more varied set of antagonists for Turok: demons, aliens, and yes, robot dinosaurs.

So, when I began reading this latest relaunch of the character, it felt sufficiently honorable to the original version, and the naturalism of the characters in the environment, drawn beautifully by Colak, distracted me from the temporal discontinuity of it all. It wasn’t actually until my third read that I realized dinosaurs didn’t exist at the same time as pre-Columbian Native Americans… or you know, people. And that’s not the only time anomaly on the island of Manhattan in 1210 AD.

Yes, what is probably an indictment on my ability to parse fiction from reality is also a credit to Colak and Pak on the world they are beginning to build in these pages. While I was immediately impressed the dinosaurs appearing within had feathers, the real drama was produced with the dark shadows surrounding the slaughter of Turok’s family, represented still by totems in the young man’s camp, and the clear effect these events still have on the 16 year old today. Andar here is something of a cousin, although I’m still unclear as to the exact lineage between Turok and the rest of the tribe. He is indeed shown to be a smart hunter immediately, using ingenuity to capture his livelihood rather than simply his hands.

Pak expresses the animosity well between Turok and the other young men, not leaving Turok blameless in his behavior, but certainly making it clear why he’s grown into the mercenary he’s become. It’s a different dynamic between himself and Andar than the traditional telling of the tale, but then, so is the main antagonist, who will clearly not just be a pack of randomly appearing dinosaurs. Adding these elements to the tale will prove to give the legend a depth necessary to attract readers in 2014, although I still worry about the relative health of a book set over 800 years in the past.

A good start to a book that may face some challenges along the way, Turok Dinosaur Hunter #1 is a moody adventure tale that ultimately may succeed based on the proliferation of antagonists young Turok needs to surpass to gain his independence and solitude. If that is his ultimate goal, that is. Amid century-tossed adversaries and vicious creatures from another age, will Turok realize the value of his people? Time will tell.