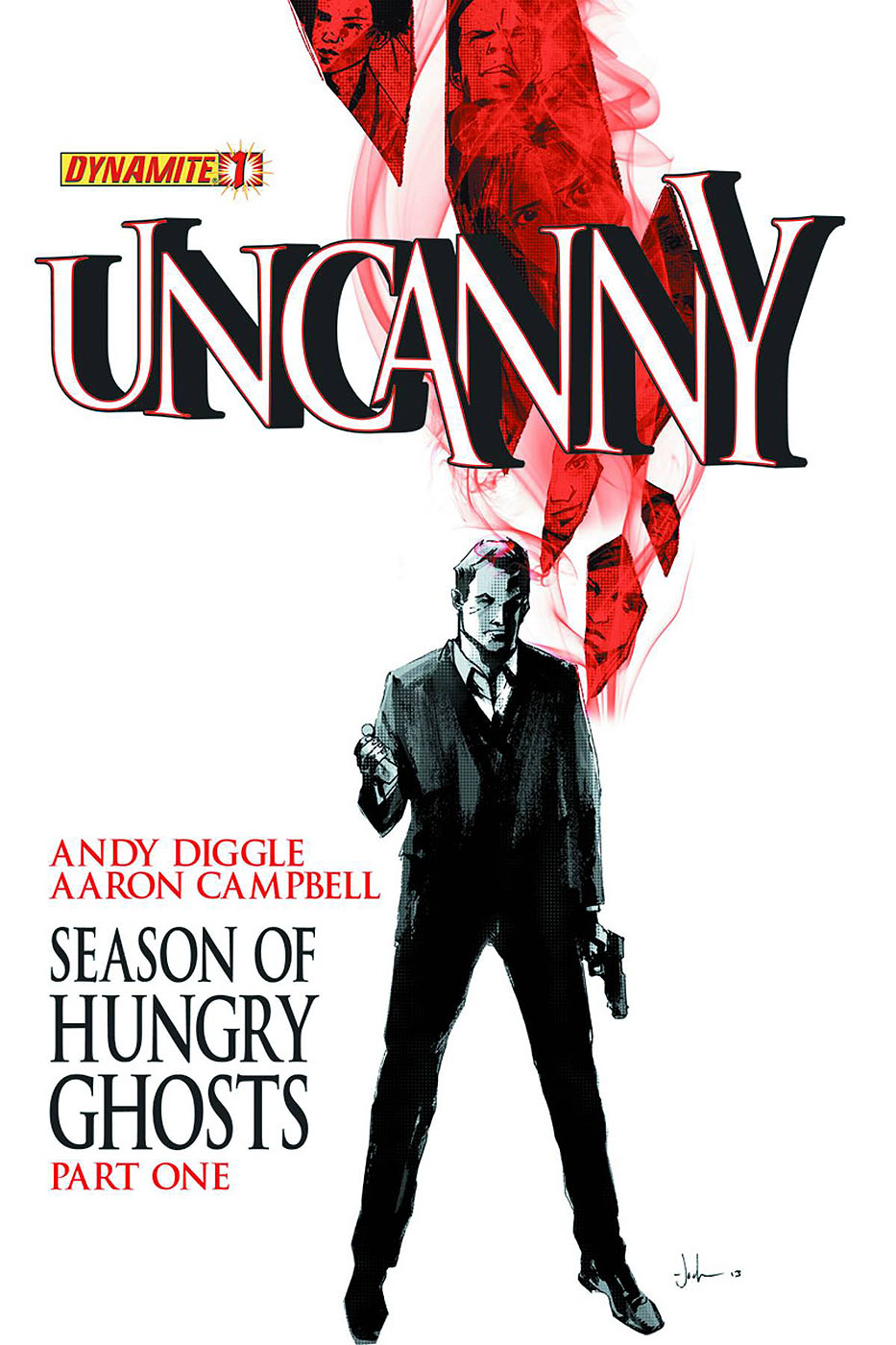 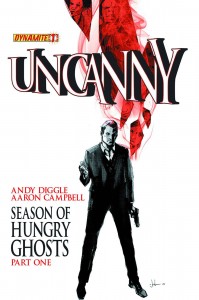 Weaver has a unique gift — a tactile telepathy of sorts — that lets him know what his opponents know for a brief time with a single touch. He’s used it to become a grifter, and found himself on the verge of an enormous payout in a Singapore casino. That is, until the gift fails him. Now, Weaver is on the run, but not going unnoticed. If he’s going to escape his pursuers, he’s going to have to take a mysterious woman up on her suspiciously timed job offer.

Diggle sets up the central character of Weaver fairly efficiently in this first issue, establishing his personality and self-image through internal monologue, while demonstrating the extent of his powers throughout the issue. It’s a good roll-out, as you don’t have a completely full sense of the scope of his abilities until about 2/3 of the way through the issue, and by then are being swept into the thick of the chase action. The pacing is well done throughout, as Weaver moves quickly from one locale to another, attempting to make his exit from the situation he confusingly finds himself in. The reader gets the sense that this is a man who’s not used to losing, but the character manages to maintain a collectedness about himself that only the most experienced con man would exude.

To some degree, this is a detriment, as I found myself wishing to see a little more vulnerability from Weaver in the face of failure. Without either an underlying good nature or a sense of fear for his situation, the protagonist comes off as not so relatable to the reader. When Maggie pulls up to save Weaver, he’s seemingly not in absolute imminent danger, already having devised a short-term way to throw the authorities off his track. Riding the back of the motorcycle seems to leave him stunned, while multiple fist fights, careening down an airplane slide, and the sight of airport militia have no discernable effect. It left me a little cold on the guy, and not nearly as invested in his success as I’d hoped to be. In short, I don’t know if I’m invested enough to root for the guy.

Campbell does an exceptional job of choreographing the first issue’s multiple fight scenes, letting each panel flow into the next with a great deal of ferocity, but taking real care in the details of every blow and block. Clothing moves with the body and exhibits a real fullness that gives each combatant’s figure an appropriately weighty feel. Weaver’s facial features aren’t always consistently drawn, but the care for shadow and light in every scene makes the book as a whole feel seductively noir-ish. Cars, airplanes, guns — all rendered with a realness and specificity that adds to the overall character of the comic, but are balanced nicely with appropriate areas of plain texture or solid color, so as not to overwhelm the eye. Bill Crabtree’s colors, too, evoke a really pleasant shift from warm surroundings in the casino at the start to the harsh cold of the airport tarmac by the conclusion, and the book would not have the same effect with a less-considered palette.

Beginning a crime story in the tradition of Brubaker’s Sleeper and Azzarello’s 100 Bullets, Uncanny #1 provides some great tonal set-up, particularly in the art department, but falls a little short in giving me a reason to immediately care for the central protagonist. With issue #2’s inevitable exchange of information between Weaver and his mysterious “rescuer” forthcoming, however, we’re likely to soon get more to go on. I’m willing to give the book a little more time to develop its central character, especially since it manages to keep the action moving in such an engaging fashion throughout.