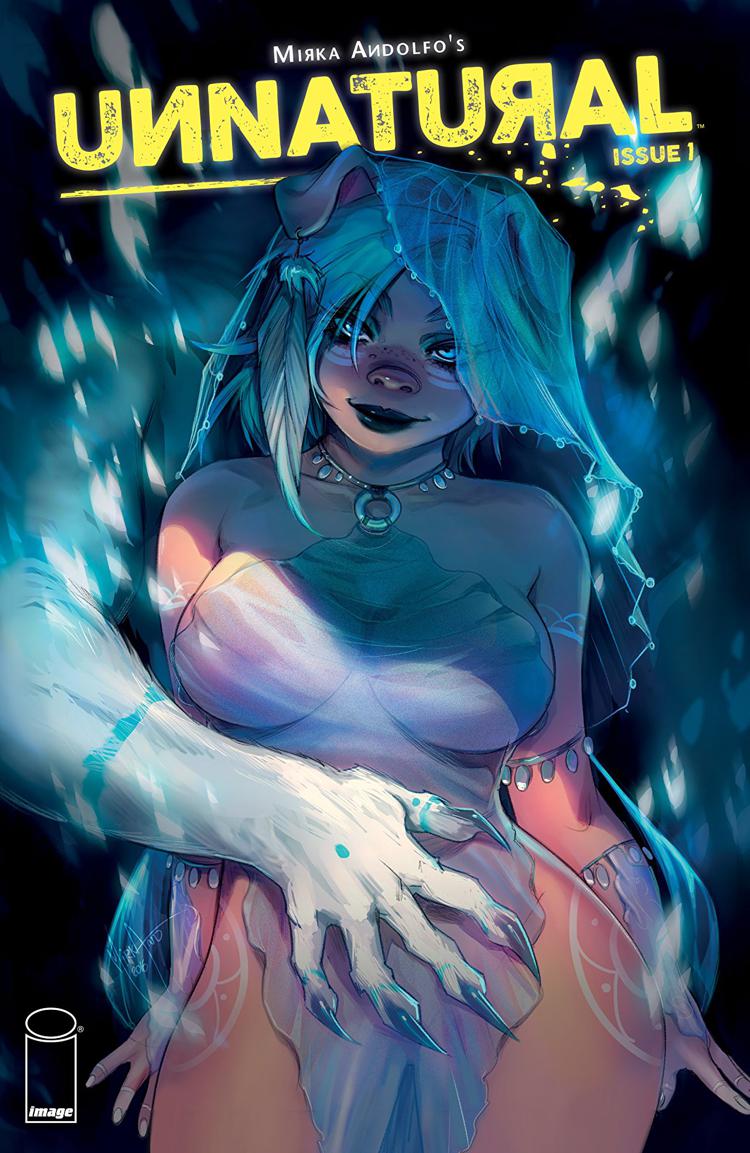 If you’re single, then your taxes are more expensive than other citizens who are in relationships or who are married. If you are unmarried by the time you turn twenty five, you are placed in the government’s Reproduction Program, where they find you a mate.

Leslie works as a waitress in a small restaurant with wayyy too small uniforms, and lives in an apartment with a mouse girl and her pet dragon. She just wants to find her place, and find true love.

I love the art. Clean, smoky and moody, it lays the perfect groundwork for your feelings during this comic. All the colors are in a cool tone and it definitely gives the appearance of dream state. The writing is pretty good too, and since both are done by Mirka, I can’t wait to see what comes next for Leslie.