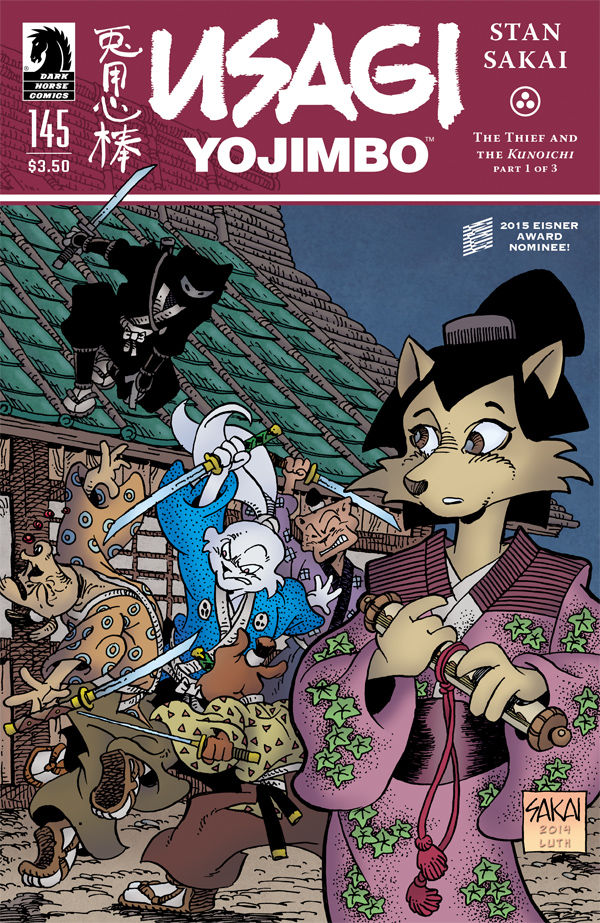 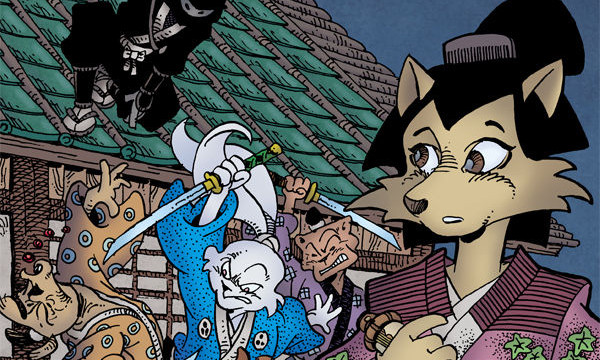 The legendary Stan Sakai fires up a new three issue arc of Usagi Yojimbo, The Thief And The Kunoichi, with issue #145. The timeless series is as good as ever, and this first issue sets up the arc nicely.

To say that Stan Sakai is an amazing storyteller seems silly this far into his fantastic career, but it is the truth. His characters are wildly expressive, and his skills as a cartoonist are as sharp as ever. Usagi is filled with hope by default, and Kitsune is obviously a troublemaker from the first glimpse we get of her. Sakai’s story and pacing are flawless and his ability to drop an event at just the right moment is exceptional. This tale isn’t exceptionally complex at this point in the arc, but there is more than enough here to hook your attention and keep it. Anyone who has read Usagi Yojimbo knows that Sakai is a magician and he uses his powers to hook a reader in and never let them go. The first issue of The Thief And The Kunoichi is a great example of this situation as I was astounded by how pulled in I was by the time the issue ended. At times it seems like not a lot of overly exceptional things are happening, but it is completely engrossing.

Reading Usagi Yojimbo is like curling up by a fire in a cozy blanket on a cold day. It’s a comfortable, safe place that is fun to fully immerse yourself into and Sakai makes it easy to do that. The world of Usagi Yojimbo is rich and filled with great characters, both new and old, and even 145+ issues into his saga, Usagi is as likable as ever. Any time I can return to this world and these characters is an opportunity that must be seized, and Sakai does not let readers down with #145. If you’ve never read Usagi Yojimbo, it’s an easy issue to dive into. If you’ve read it and lapsed, now is as good as time as any to return to the wonderful world of Usagi Yojimbo.