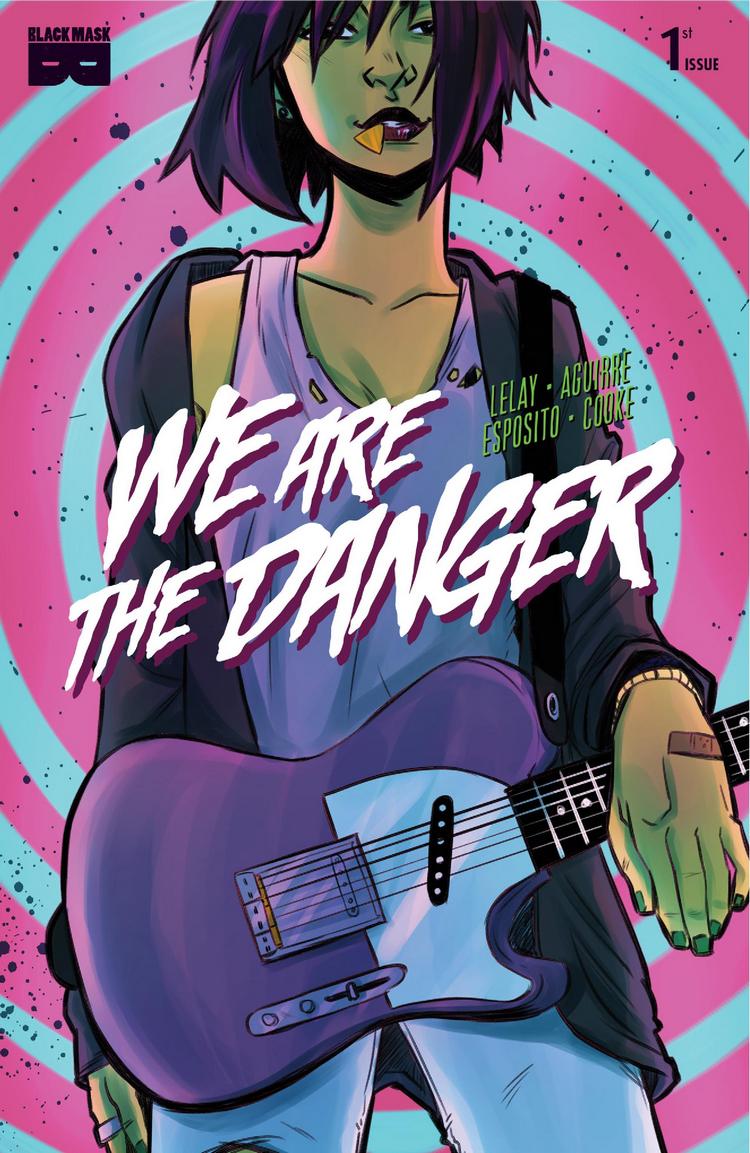 Everyone always thinks starting a band will be so much fun, that it’s nothing but a cycle of sex and excitement and adoration.

If you work at it, you’ll probably experience some of those things but the true band experience is a grind. You practice in sweaty bunkers to get ready for poorly attended shows while everyone in your group squabbles and feuds. And yet, you’ll likely end up hooked anyway, craving the mess and mayhem and ecstasy of performance, the electric current of creation surging through you in the moments where everyone is in sync to some great musical beyond.

In the debut issue of We Are The Danger, Fabian Lelay gets both ends of the band experience basically correct. There are spats and disappointments but also adoring crowds and eerily synchronized jams, petty drama and couch surfing as well as discovery and improvisation.

Sure, some of the details are questionable — a young local band selling out a club on a week night? A practice space with a clean floor and a working PA?? A drummer who takes the lead on finding other members?!?! — but overall, Lelay understands the grind and how to balance the (semi-)reality of it and enough excitement to keep normal readers interested.

Lelay achieves that in part by framing We Are The Danger as a coming of age story, following Filipino singer-songwriter Julie through her first day of school in a new town where she is taken in by Tabitha, an energetic and adventurous peer. Initially believing Tabitha stood her up after inviting her to the local club after school, Julie realizes Tabitha is actually in the band that’s performing and is even more surprised by how good they are. Julie rushes out back to congratulate Tabitha on the show, only to witness a relationship ending fight between Tabitha and the band’s singer, Logan.

Rather than mourn for the end of the band, though, Tabitha swiftly sets about convincing Julie to start a new band with her, performing Julie’s songs, written in Filipino rather than English. It’s at this point that the comic really opens up, with Tabitha blossoming into a coach of sorts, not only pushing Julie to perform but also recruiting other members to back her up. Lelay’s clean and breezy style paired with Claudia Aguirre’s bright, borderline neon coloring makes even the most routine of scenes feel exciting, and the flat, unfussed over backgrounds draw the eye towards Julie and Tabitha’s highly expressive faces.

The rest of the cast — with the exception of Tabitha’s former bandleader and budding arch nemesis Logan — aren’t quite as memorable yet but Julie and Tabitha’s chemistry with each other, and with their new bandmates, makes that easy to overlook. In time, We Are The Danger will likely morph into more of an ensemble story but in this debut it’s all about that first connection with a creative partner who brings out energy you never knew you had and Lelay is highly skilled not just at crafting the narrative of that but making it radiate through the panels themselves.

Whether We Are The Danger gets around to the messier parts of the band life isn’t as clear yet, still, who can blame it for lingering on the joys of first playing together and discovering your own sound? After all, that’s a lot more likely to inspire young readers to pick up an instrument themselves than the grimy reality of a months long tour could ever hope to be.