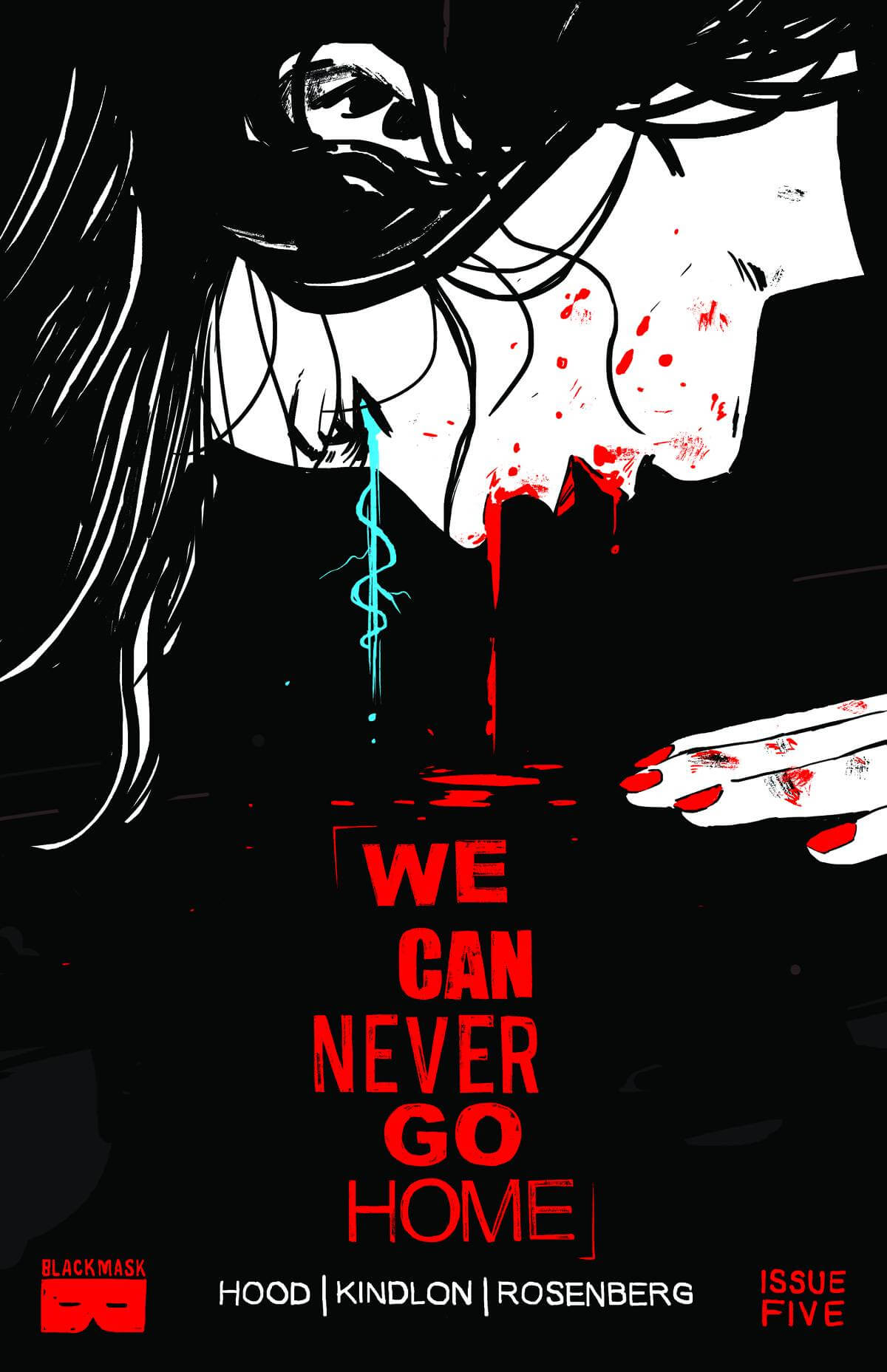 I have chills up and down my spine. My skin is tingling. What just happened? Oh yeah, I just turned the last page on We Can Never Go Home by Matthew Rosenberg, Patrick Kindlon, Josh Hood (with guest art from Brian Level), Tyler Boss and David C. Hopkins. With issue #5, the first story arc is brought to a close. Duncan and Maddie are off doing their things, and dammit if my mind isn’t racing to know what. It’s hard to find the words to explain just how incredible this series is, but I’ll go for it.

For those of you that may be unfamiliar with this series, We Can Never Go Home tells the story of Duncan and Maddie, two teenage runaways who have powers. Having committed some pretty heinous acts (though some of them relatively justifiable), the two are on the run from the law, from those that want them for their powers, and, quite frankly, from themselves. This issue wraps up the series, providing a breath-taking conclusion to the action-packed and thought-provoking story we’ve been given.

On top of how fabulous Matthew Rosenberg and Patrick Kindlon are (which I’ll get into shortly), this was an issue filled with stunning art. Josh Hood is one of the finest artists I’ve enjoyed this year, and I’d probably read anything he drew. I think there’s been a lot of progress since issue one, and issue one had some insanely beautiful art in it. The level of story-telling here is so effective, so heart-breaking and all-consuming, it’s out of this world. Hood has a penchant for the little details, for tiny quirks in the mouth and tiny beats of happiness. He also draw incredible fight scenes. Blood’s flying everywhere, fists are soaring in and out of faces (quite literally in this issue), and Maddie’s energy is carving its chaotic path through a crowd. But everything is easy to follow (and hard to look at because OUCH) and skillfully depicted. Brian Level’s contributions this issue were well-done, providing a beautiful last page to an already gorgeous book. Tyler Boss’ colors step the game up even further, cranking the power levels to 10. the colors are solid and bold, yet they only add to (and never disguise) Hood’s careful linework. The dark blacks really punch up the bright hues and keep the focus where it needs to be in each panel.

It’s safe to say the Rosenberg and Kindlon have taken the comics world by storm. I probably said that before in my other reviews of this series, but these are names you should become familiar with. Rosenberg and Kindlon have crafted an incredible world with this story. Within five issues, the setting, the stakes, the players — it’s all fleshed out. Duncan and Maddie are given so much dimension, so much heart. There’s true emotion playing out with these characters, and that makes for a beautiful story. What I love about this series, and specifically this issue, is that Rosenberg and Kindlon don’t sacrifice big story for the small moments. They know how to give his characters room to breathe, and consequently, room to grow…room to expand and change into something else. Every few pages a new layer is added to the characters, only to rip them apart and expose their guts on the next page. And there are so, so many exposed guts.

The entire creative team should be bowing on a stage with all the awards thrown at this. Without a doubt, We Can Never Go Home is the best new series on the stands this year. It has everything you could ever want in a comic. It punches you in the gut, it rips tears from your eyes, it makes you snort in laughter, and it works your brain. From Rosenberg and Kindlon’s “did that just happen writing?”, to Hood’s beautiful artwork; from Dylan Todd’s stunning book design to David C. Hopkins’ on point and sharp lettering; from Boss’ eye-popping color to Michael Walsh’s “I need that as a poster” cover, We Can Never Go Home is sitting firmly on my shelf of most loved books ever inside my heart. Can’t wait to see you next year.