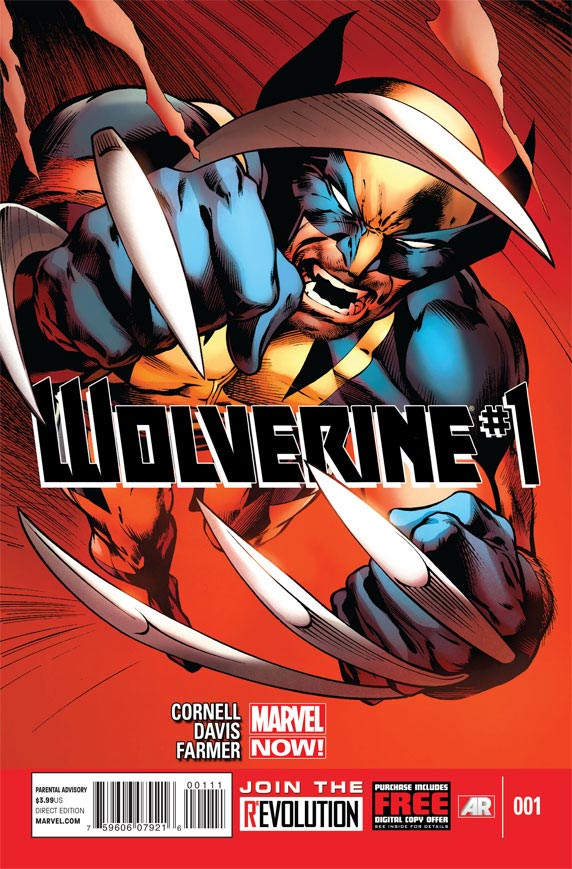 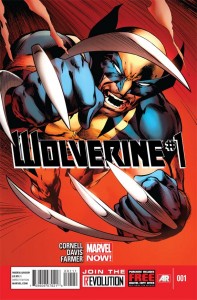 Marvel NOW! unleashes a new volume of Wolverine and takes the berserker from his comfort zone and drops him in a New York City mall…but does it work?

For the most part, yes. Cornell does an excellent job of providing new readers with a story that they can use to springboard into the world of Wolverine. This is one of the most accessible #1 issues to come from Marvel NOW! and Cornell does a solid job of creating the scenario and situation Wolverine is in very quickly. Through the dialogue alone we know we are reading “Headmaster Wolverine” and that he just feels out of his element. That alone makes this series different than the Wolverine books we have seen before and I welcome that change. Cornell’s Wolverine is calm, determined, and wise, showing an extreme amount of restraint compared to the typical violence filled solo books. He is a pure hero in this comic and does not lurk in the world of anti-hero and less than heroic deeds, which was a pleasant surprise. Cornell throws a couple curve balls in the script to keep this from being a generic story and sets up what could be a very interesting first arc. I like the Logan he chose to tell this story with. Wolverine has many different facets to his character and exploring this era of Logan is definitely a draw for me to read more.

Alan Davis provides some solid art throughout Wolverine #1. There are some panels that are a little inconsistent compared to others, but for the most part the art compliments the story well. Throughout the issue Davis uses character’s eyes to show very dramatic and quick shifts in personality, which I found to be very effective. His art does give this book a 90s feel, which my brain was at odds with. In one sense it provides the comic with a nostalgic feeling, like this is one of the great Wolverine classic stories, but it does also date the book, and may put off some readers looking for a newer style.

Wolverine #1 is a solid first issue for what could be a strong series. I will definitely be picking up #2 to see where this goes, and what Cornell & Davis have planned for this new take on Logan.