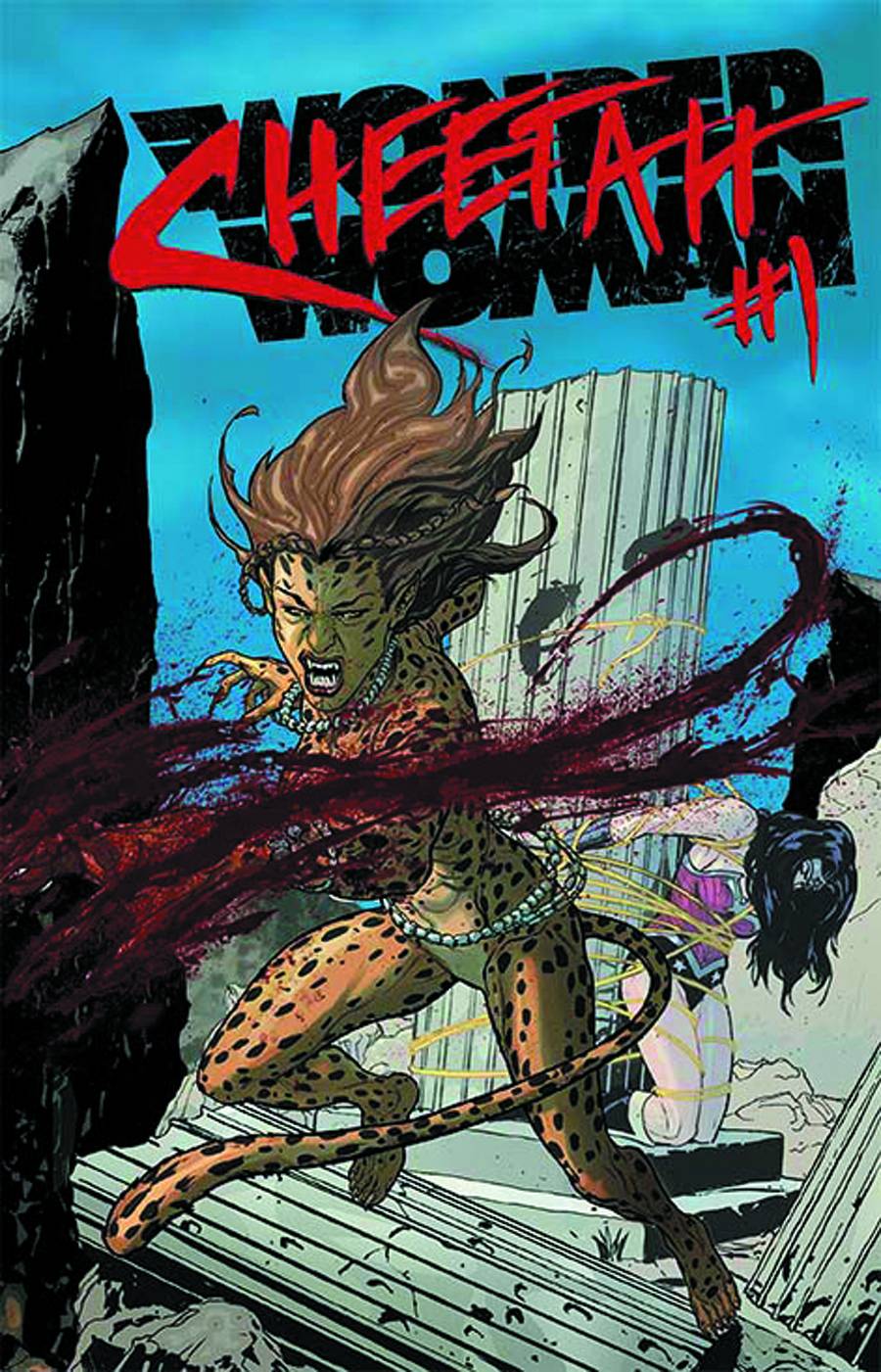 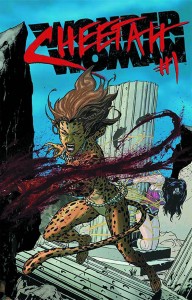 The Cheetah has been freed from captivity in Belle Reve prison by the Secret Society, but her term of service can’t begin quite yet. It’s a quick family visit to learn just what made Barbara Minerva the evil huntress she is today — and surprisingly enough, it wasn’t the Cheetah God who granted her powers. A peek into Cheetah’s earliest days and a surprise return for one of DC’s classic characters fills out this jam-packed Villains Month special.

John Ostrander is no stranger to characters who walk the dark side, and his recent return to the ranks of DC Comics, albeit in small doses, is very much welcomed for reasons this issue illustrates so well. Ostrander’s Cheetah is a ravenous figure, both in her childhood rendition and as an adult, leaving no room for pity or consolation as to her fate as a villain. She revels in her personality the way Hannibal Lecter might, and can be just as gruesome in the removal of her victim’s organs — in this case, their hearts as a tribute to the Goddess of the Hunt. Minerva’s childhood challenge and mission out into the world so beautifully represents a cracked mirror to Wonder Woman’s own origin story, to the degree that pre-Cheetah Minerva is even meant to resemble a pre-Crisis Diana Prince, government worker with a secret she can’t share with her superiors. From Minerva herself to her Aunt Lyta, we’re treated to some truly despicable characters, and yet all they are is fascinating. Mark Shaw, too, is a welcome return — now a U.S. Marshall and tasked as a “Manhunter” to return the Cheetah to her holding cell. Shaw’s role is one I hope we see explored across as many titles as possible, much the way Steve Trevor has been expanded upon in the New 52, but of course, nothing would make me happier than to see Ostrander pick up the reigns of writing Shaw on an ongoing basis in some fashion or another.

Ibenez’s art throughout the issue is just plainly beautiful, rendering — again — a Cheetah who is at once despicable and glamorously evil. The artist gives a real sense that the character isn’t just a spotted human, but actually moves and rests the way an animal in the hunt would — claws first, front and back. The aging of every character between flashback and current day feels effortless and Ibenez captures the less obvious sadism behind Minerva’s Aunt Lyta as easily as he does in the Cheetah’s own glowing eyes. I’m particularly fond of Ibenez’s dream sequence for Minerva with Wonder Woman early on, where Diana becomes the dark huntress Barbara so craved for herself. The pattern of throughout the issue, in fact, is exemplary, with every panel either cutting across on a wild diagonal or experiencing some roughness around the edges. All of these elements combine to create movement that reinforces the main character’s ferocity and development far past rationale any moral human being may still experience.

A very well-done single issue that not only managed to shed deep and significant light on a villainess sure to be taking the spotlight soon, but also reintroduce a fan favorite to the New 52, Wonder Woman #23.1 is not to be missed. Ostrander is still, years after developing some of DC’s most compelling villains in Suicide Squad, at the the top of his game, and I can’t wait to see where he shows up next for the publisher.