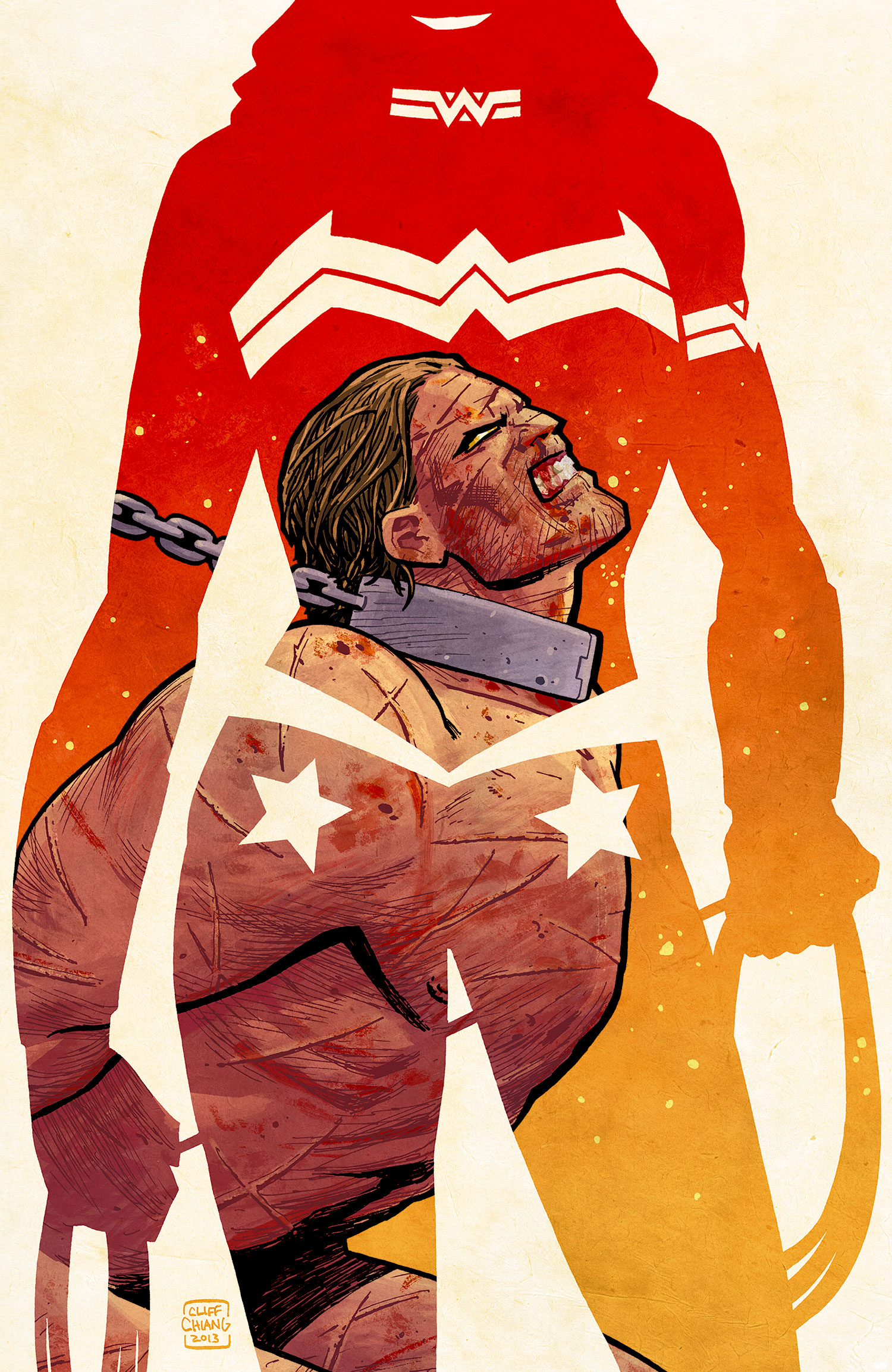 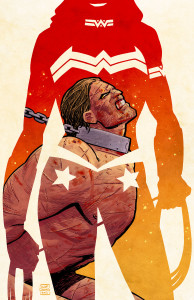 It’s fascinating to watch Brian Azzarello really tie his take on the Wonder Woman universe together. The story elements now pull from early arcs as well as recent ones, bringing to bear the fates of characters long departed from the central narrative. I’m really getting a feel for them as a “main cast” of sorts in Diana’s story. It’s a distinctive run already, but this further differentiates it from what came before.

The story underway revolves around the First Born (he’s still a prisoner on Olympus), Cassandra and her brother Milan. Cassandra is still a bit of a mystery, as far as what we can expect from her. The true extent of her powers/abilities hasn’t really been explored. Strife goes around sewing discord, like she does, and Diana’s little family starts to show signs of fracture. I honestly can’t remember where Hera went, but she’s not here. Diana accidentally undercuts Milan’s attempts to contribute to the cause. She isn’t able to help Orion stop a bomb, and has to stay behind. We’re reminded of Lennox’s sacrifice. Finally, (SPOILERS) Zola and Zeke depart Diana’s care. I was left wondering, what is worse for Wonder Woman: not being able to help at all, or trying to help and making things worse? She’s almost back to square one, wandering the land with Hermes at her side. And has anything good ever come from hanging out with Dionysus?

The art remains as distinctive as the characters. Cliff Chiang’s covers make me think “Azzarello run” the way J.G. Jones covers make me think “Rucka run.” Goran Sudzuka’s interiors are so fun and simple and pretty. It must speak to my identity as a child who grew up in the 90s that I respond so strongly to books with more cartoony/animation influences. I’m much more impressed with a simple, elegant portrayal of a character that distills visual character cues than by something messy and complicated. It’s all about the impression (which is why alternative styles that are less animation-influenced can also work). Matthew Wilson’s colors also deserve a shout out: gorgeous.

Diana is more powerful now than she’s ever been, except that she’s still missing control over that pesky thing called free will. She wants to protect her people, but they can go where they please and do what they like. Can she adjust to godhood quickly enough to match her fellow Olympians in their political machinations? Would that be a good thing for her? What the hell does Dio have up his sleeve? Are we on a Hellride or a Joyride? I’m genuinely at a loss as to where this story is going. And for once, that isn’t a bad thing.