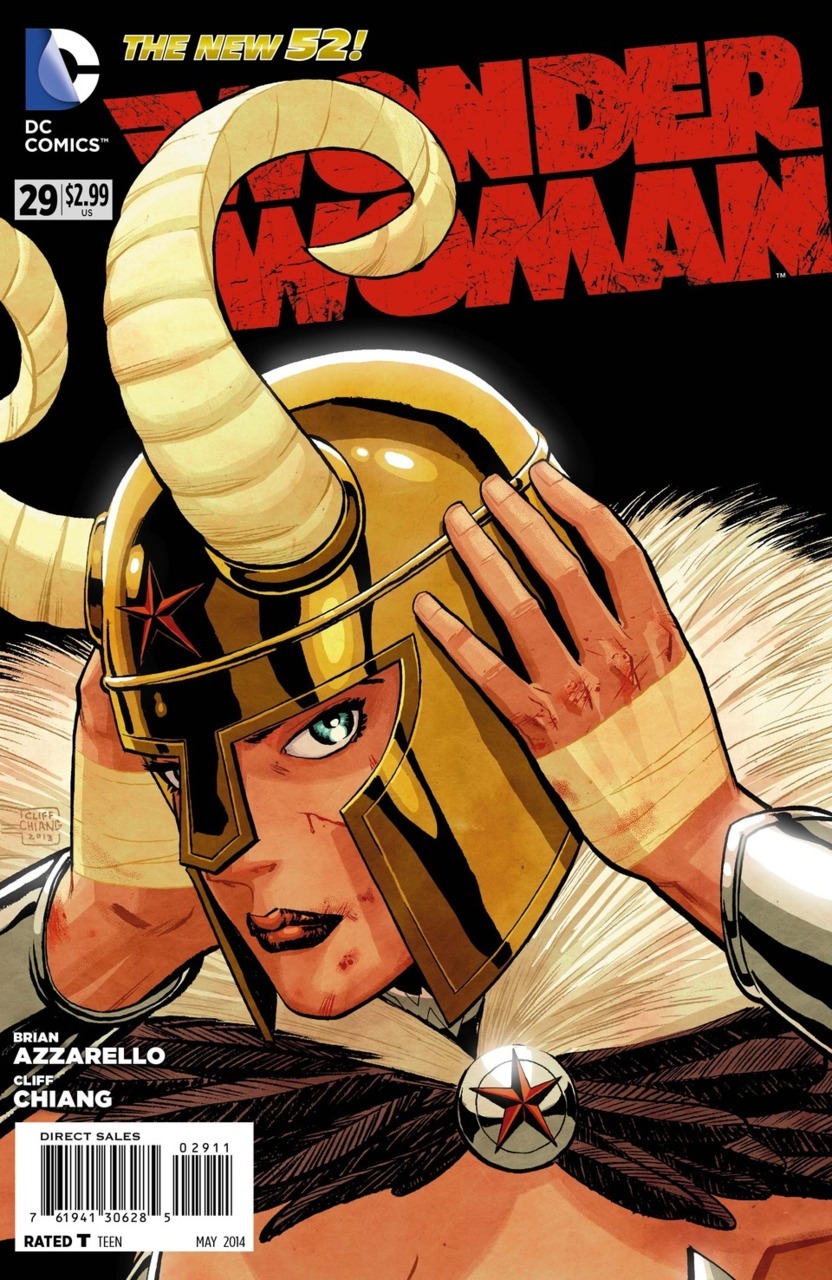 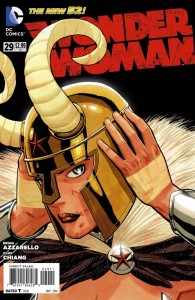 Does anybody remember those interviews done with Azzarello a while back where it was said how an important death was going to shake up the Wonder Woman comic? Wow, so, it was one of the few times that line was fully demonstrated to not just be an exaggerated ‘buzz comment’ meant to get more readers into a comic … although they should be reading this. If you are not reading Wonder Woman right now, get started!

This issue wastes no time establishing the ‘death’ foretold and then going even further to directly show how this changes up the status quo on Olympus. While some might expect a long game being played with the impact of who dies in #29, Azzarello handles almost all the questions you could ask within a few pages.

Unfortunately, this power shift also sets up the First Born as a bit of a showpiece to demonstrate how vast the changes on Olympus really are. While the First Born has certainly taken some time to really ‘get himself,’ this issue does (hopefully!) signal a better clarification of what/why he does what he does. That does not mean his declaration of what he now is will make people like him more or less than they already do, but it is nice to see him developing, at least a little. Still, compared to what transpired on Olympus, his presence feels like a formality to bigger things.

While it may only transpire on the final page of issue #29, the shift in power on Olympus is not limited to characters other than Diana. Ever since she took up the mantle of the God of War, Diana has struggled to touch base with that aspect of herself. Indeed, this has always been a struggle for not just the comic Wonder Woman character, but the idea of what Wonder Woman is as a cultural force. Does she promote violence? Is she a peace-keeper? Azzarello moves Diana into a place where she can fully embrace her new role on Olympus, as a warrior, and as an Amazon. This shift for her was been coming for a while and it is glorious to finally see it take full effect. While this signals bigger and better things for issue #30 and beyond, #29 was a change-up to the cosmic game board and it will take some time before all the pieces set into motion pay off.

What else can be said by now about the art of Cliff Chiang? Amazing work. Amazing character designs. Amazing effort feels poured into all aspects, from Diana’s weapons, the First Born’s gruesome body, and to the colors and styling — Chiang and Wilson collaborate to A+ impact.